This genuine, UK supplied right hand drive Jaguar E-Type Series 1 3.8 Roadster is the sought after early flat floor example . Originally supplied in Leeds to it's first owner in Halifax, the car soon made it's way south and remained in the London area until the late 80's, when it returned north to Cheshire. It appears to have remained virtually unused from that time until now, and the MOT's support the limited use. An extensive hand written list of parts is supplied with the history, indicating that the car underwent extensive refurbishment during the 90's. The engine also benefitted from a rebuild at around the same time.
This E-Type was in relatively good condition, but hovering somewhere between "pretty good" and "slightly scruffy" - it was typical of many of the E-Types offered at auction, but with the great benefit of having a sound body. Our sales team decided that the car would look far better with a fresh coat of paint and a freshened interior so it was sent straight to our restoration team.
The car now has a fresh coat of Old English White paint coutresy of our coachworks, and now looks stunning. The interior  has been re-connolised and we added a new hood, as the car was originally supplied with a factory hardtop.
Jaguar For Sale Back to Restorations 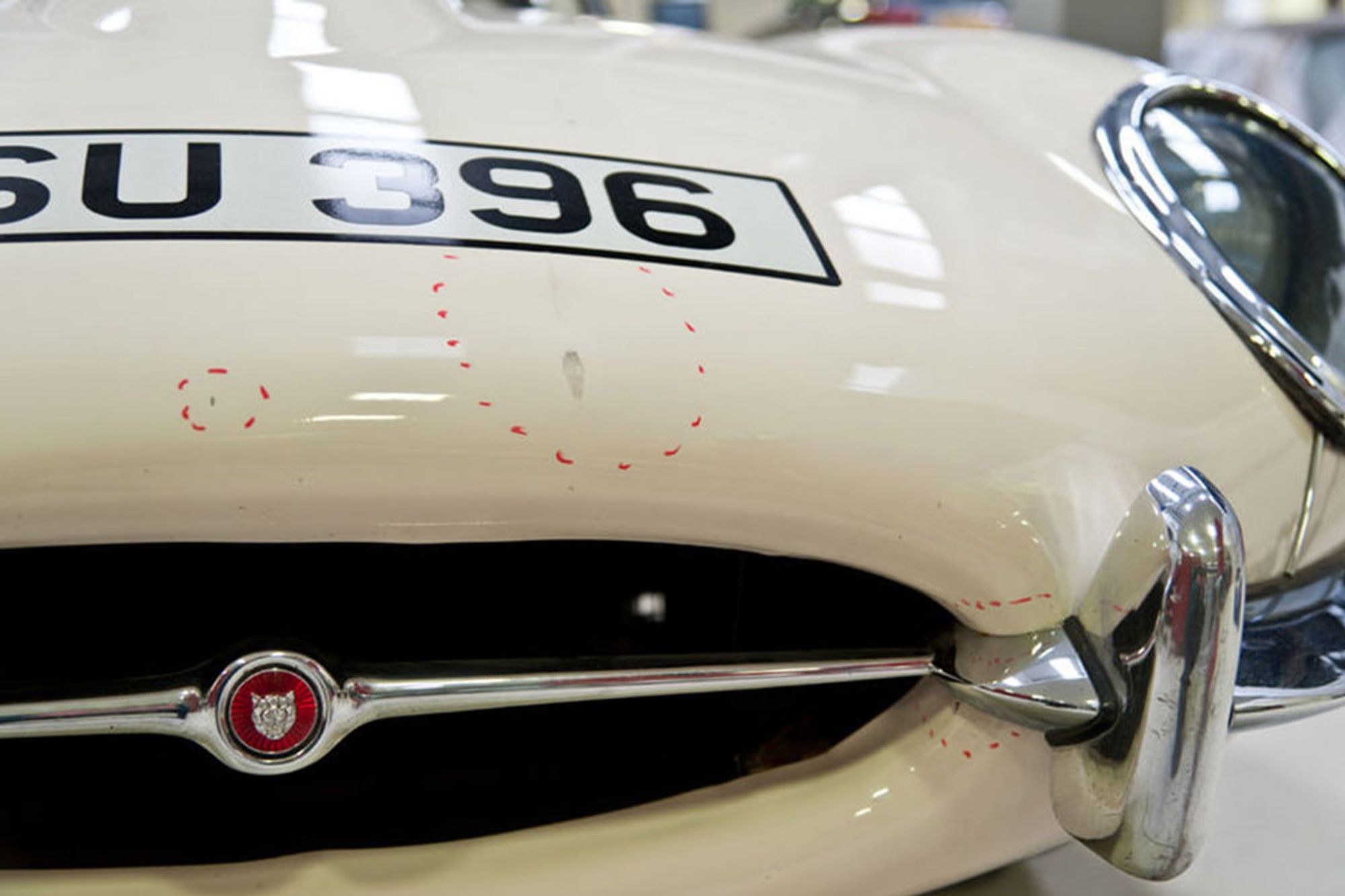 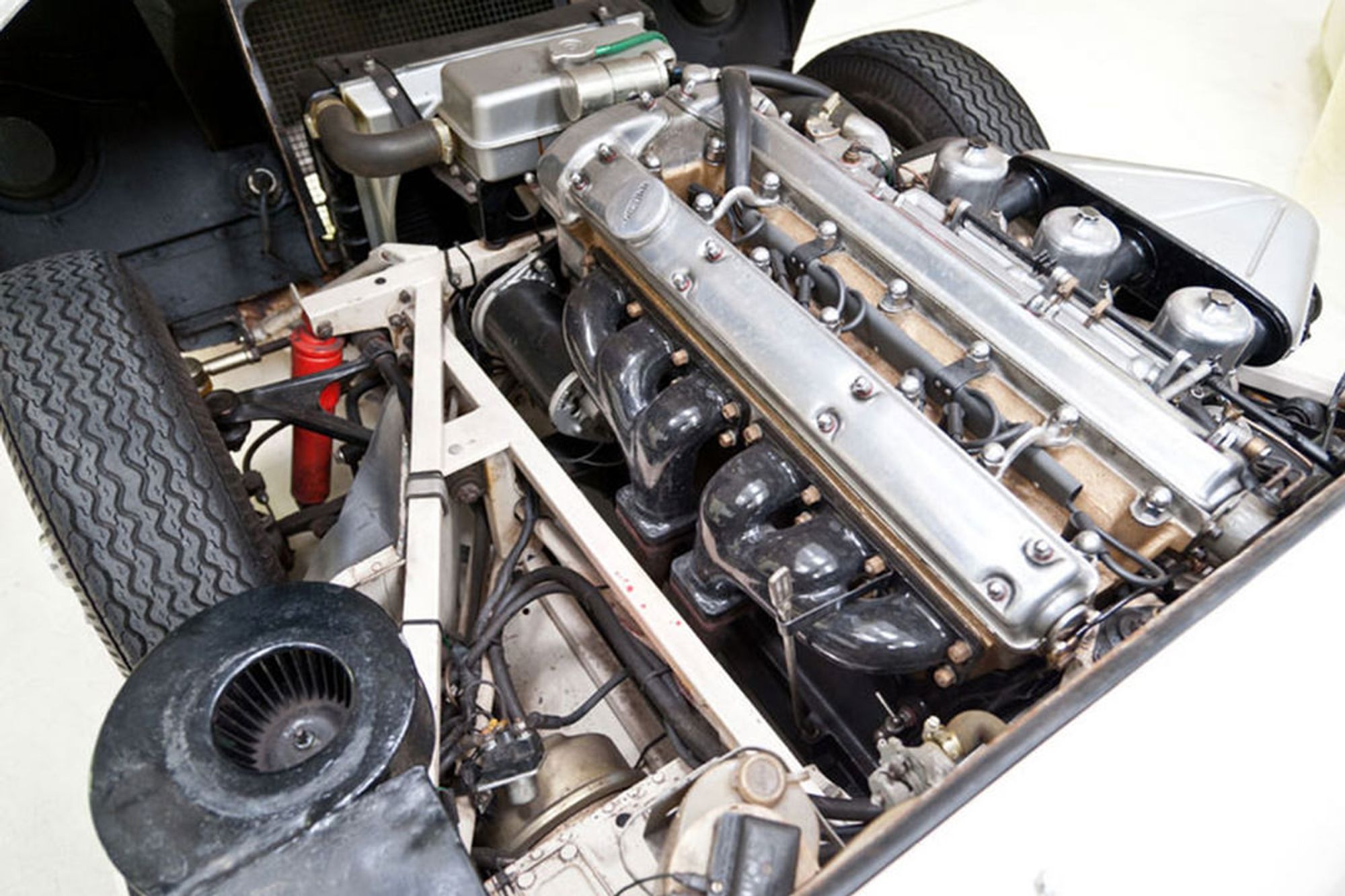 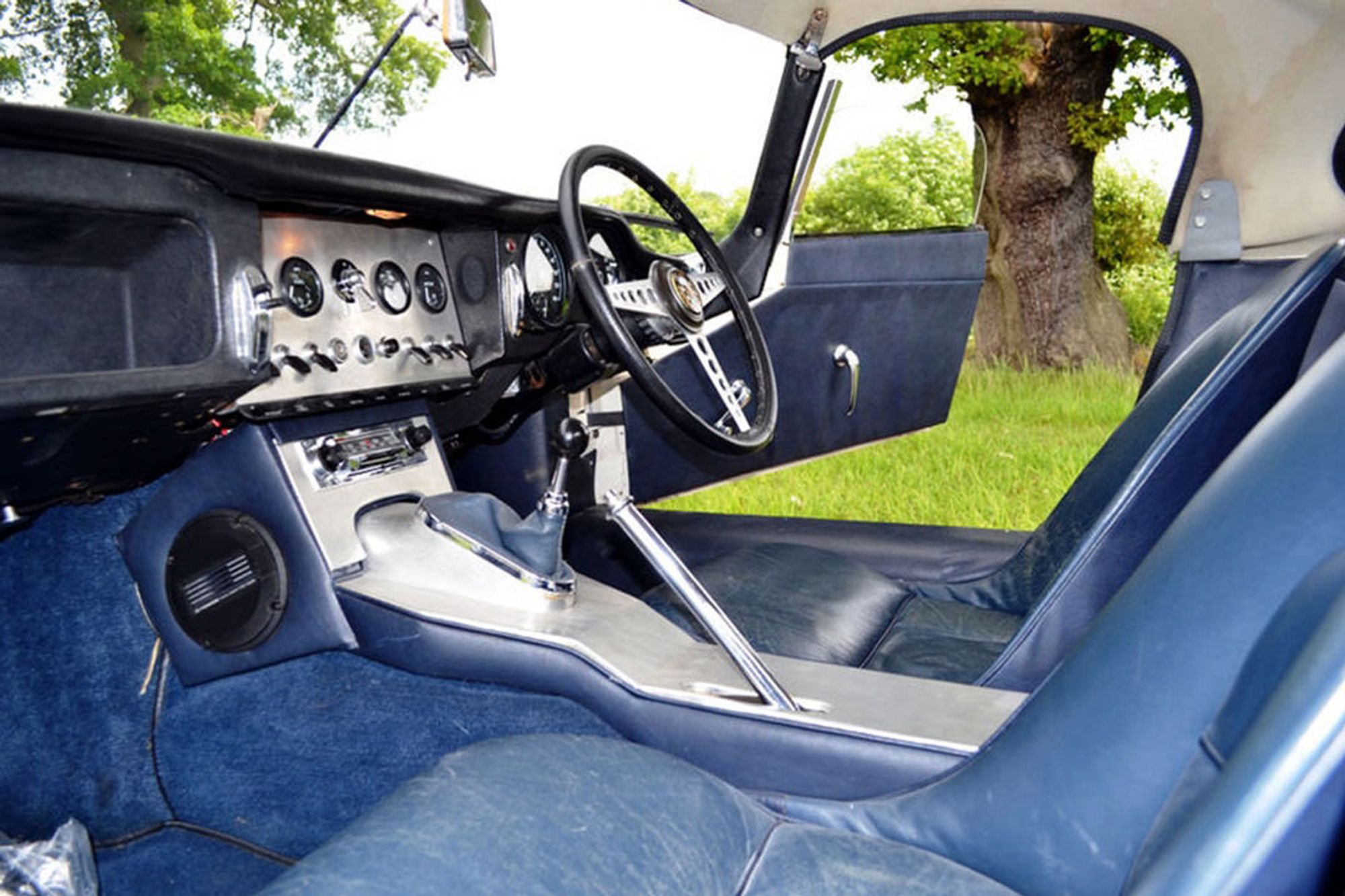 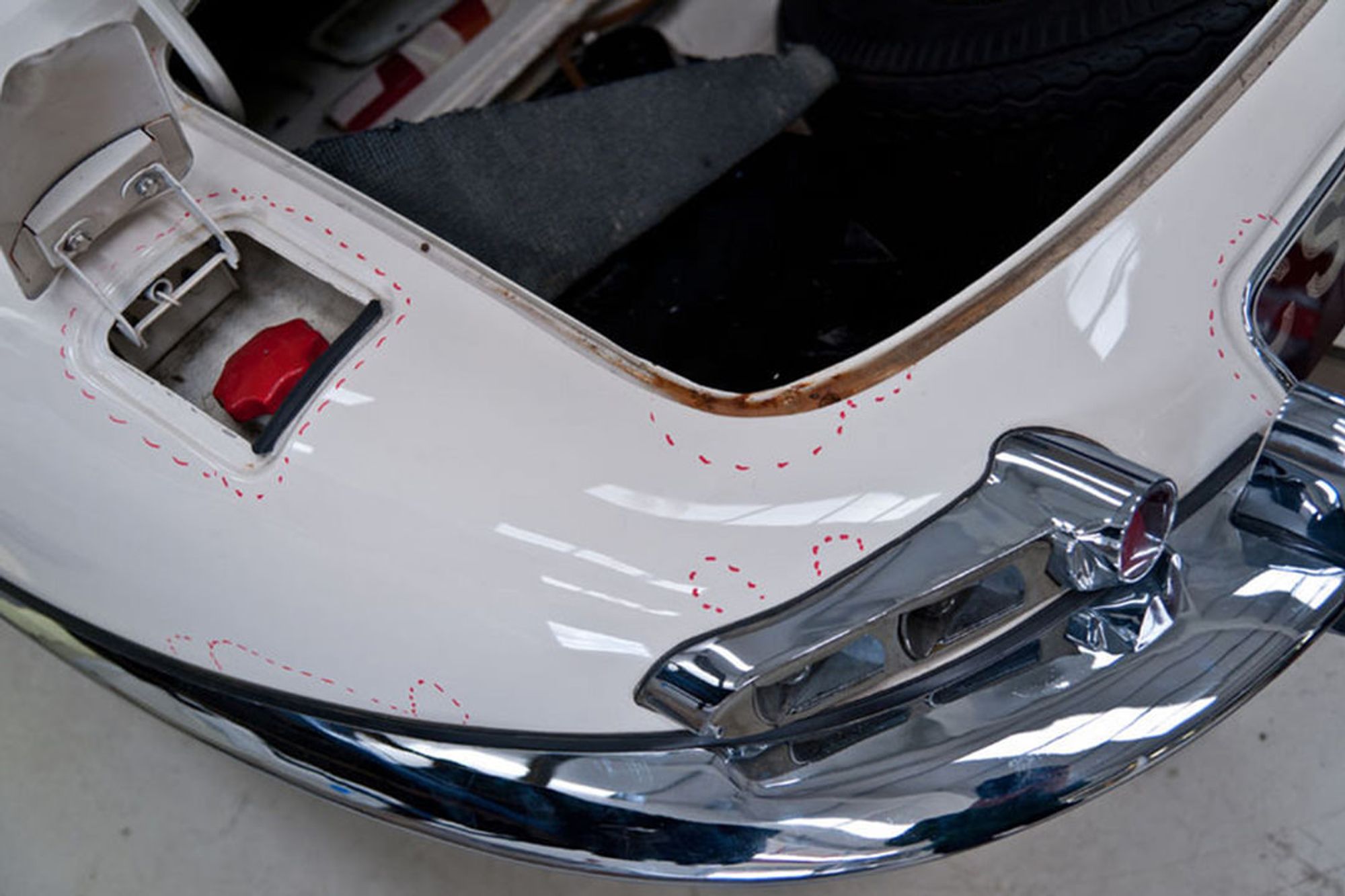 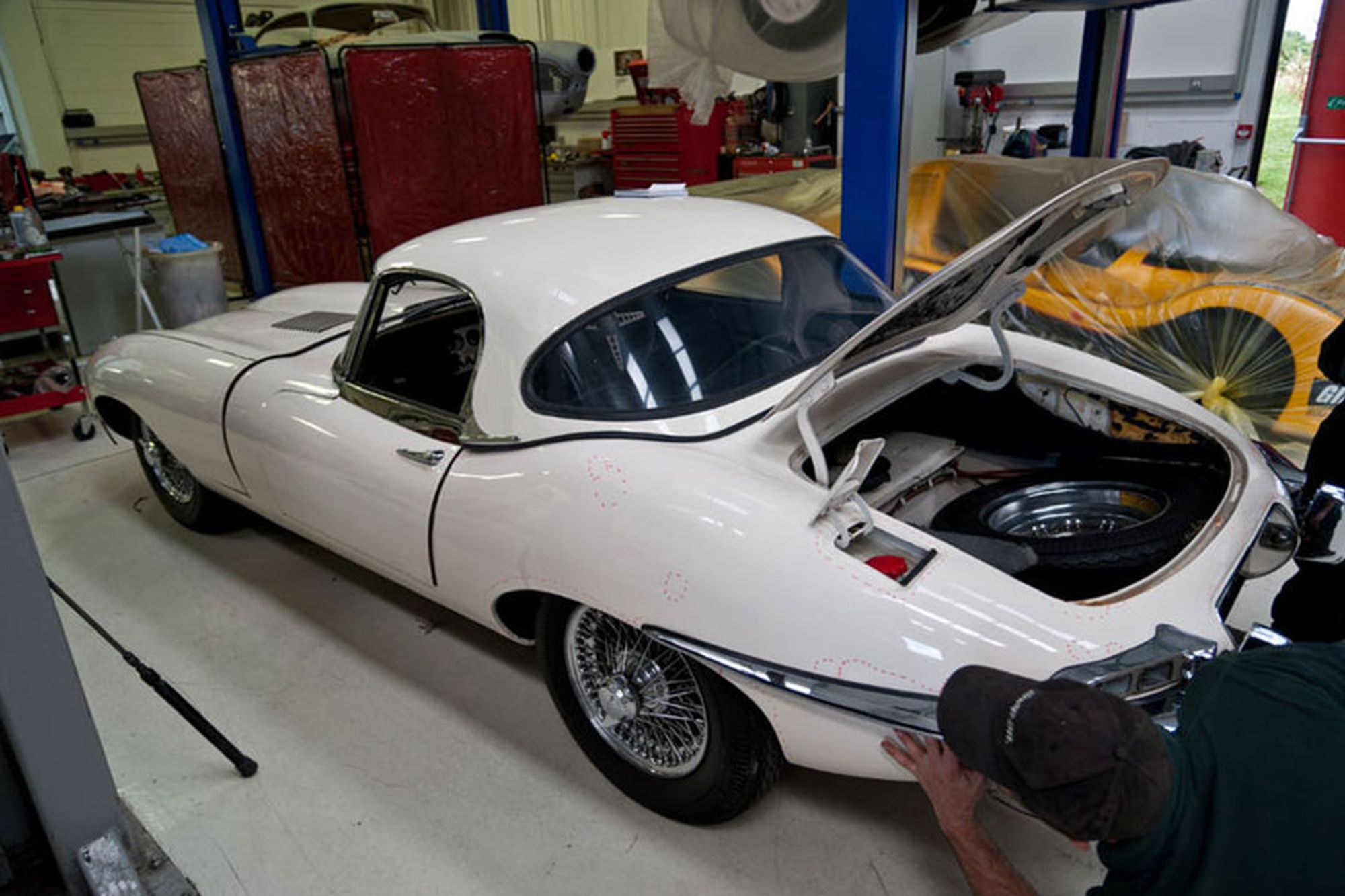 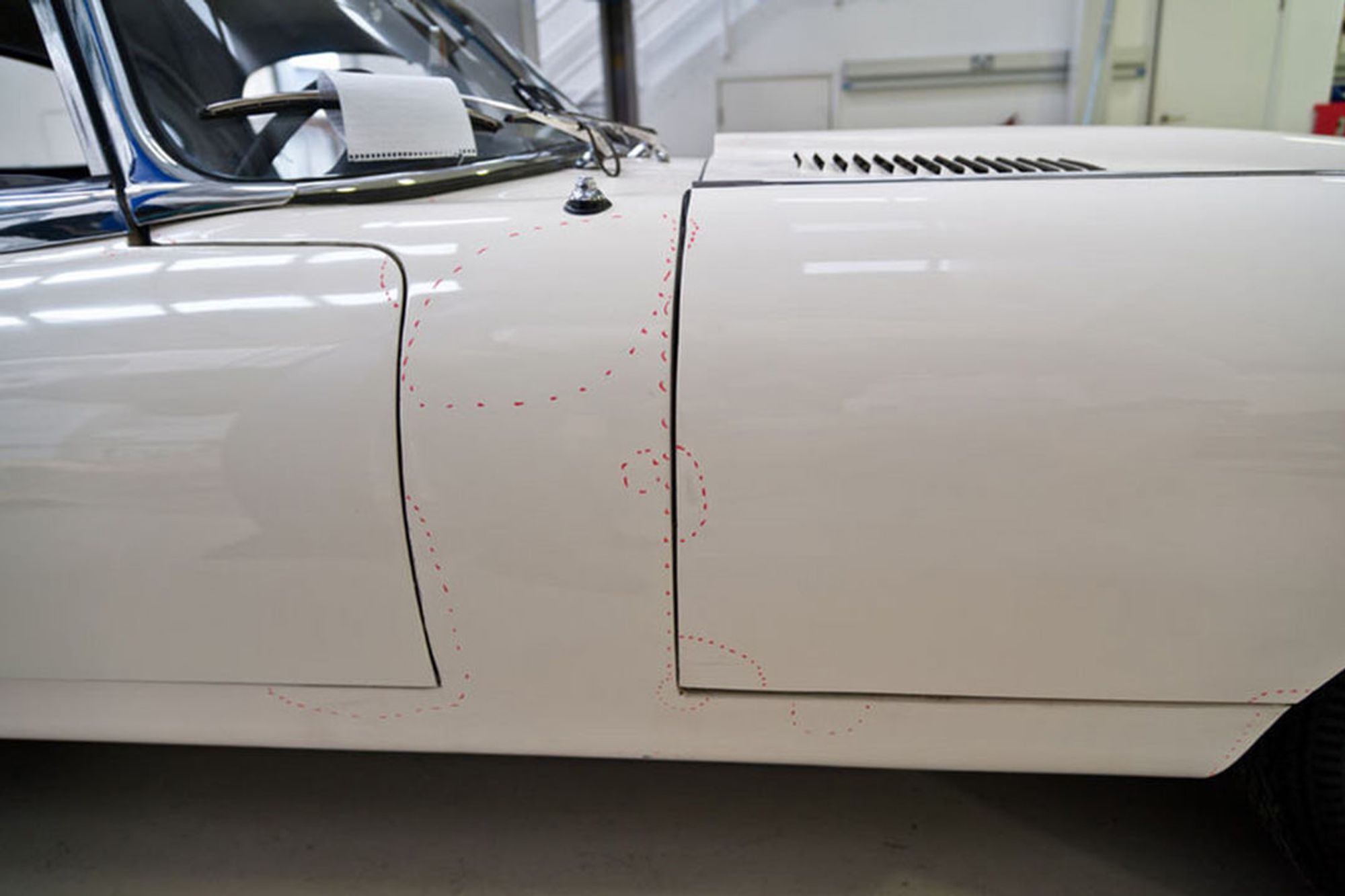 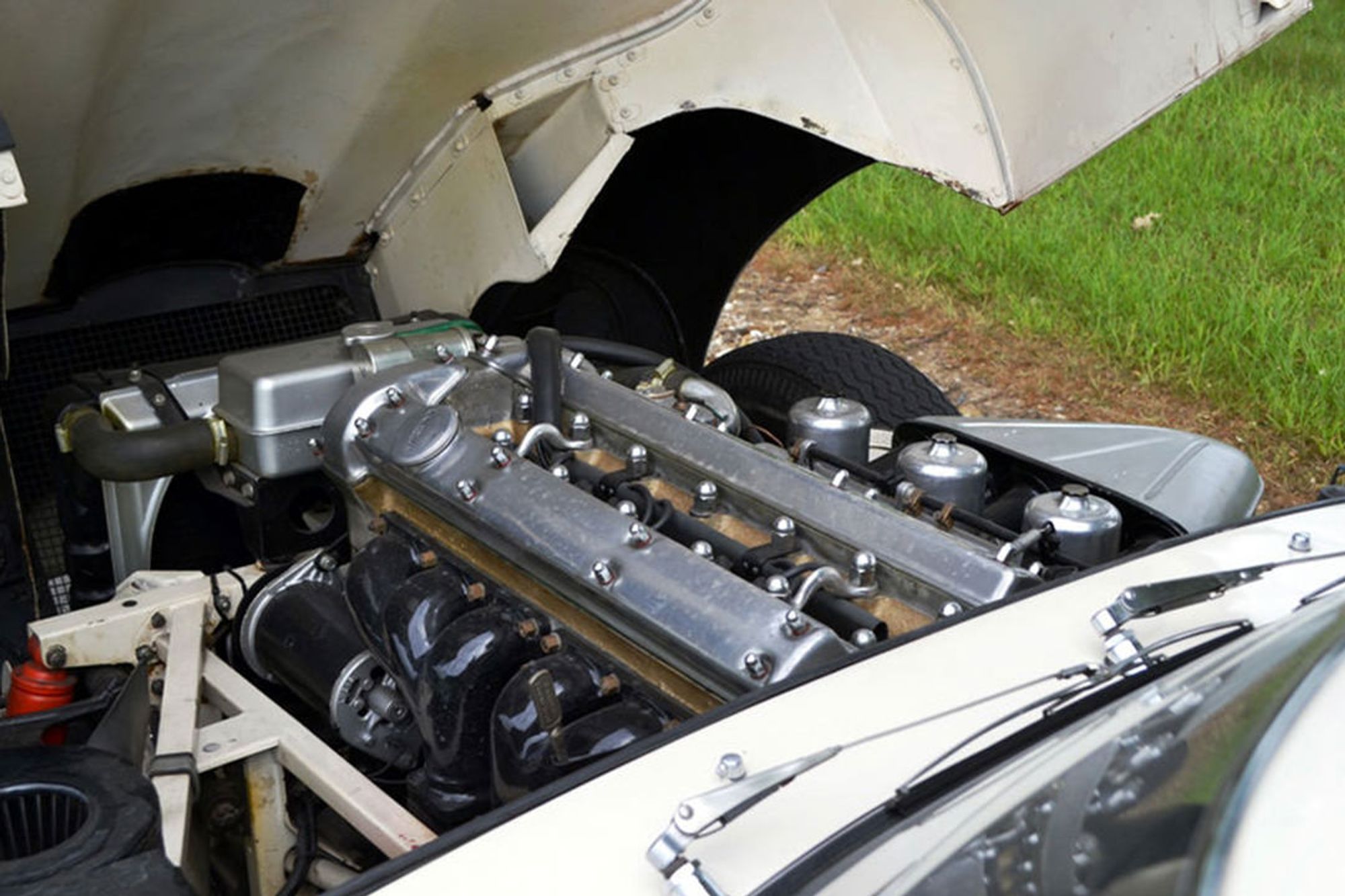 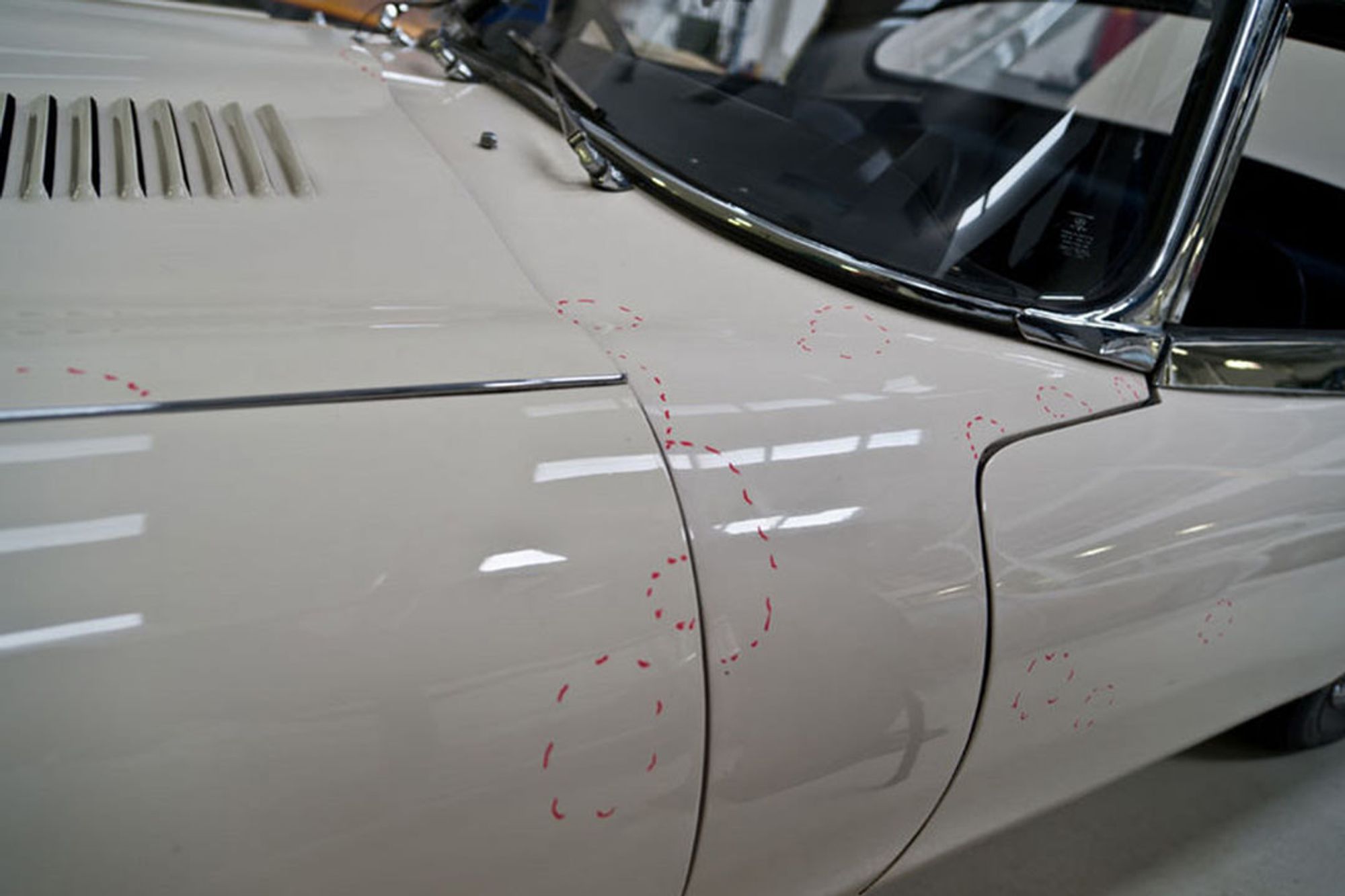 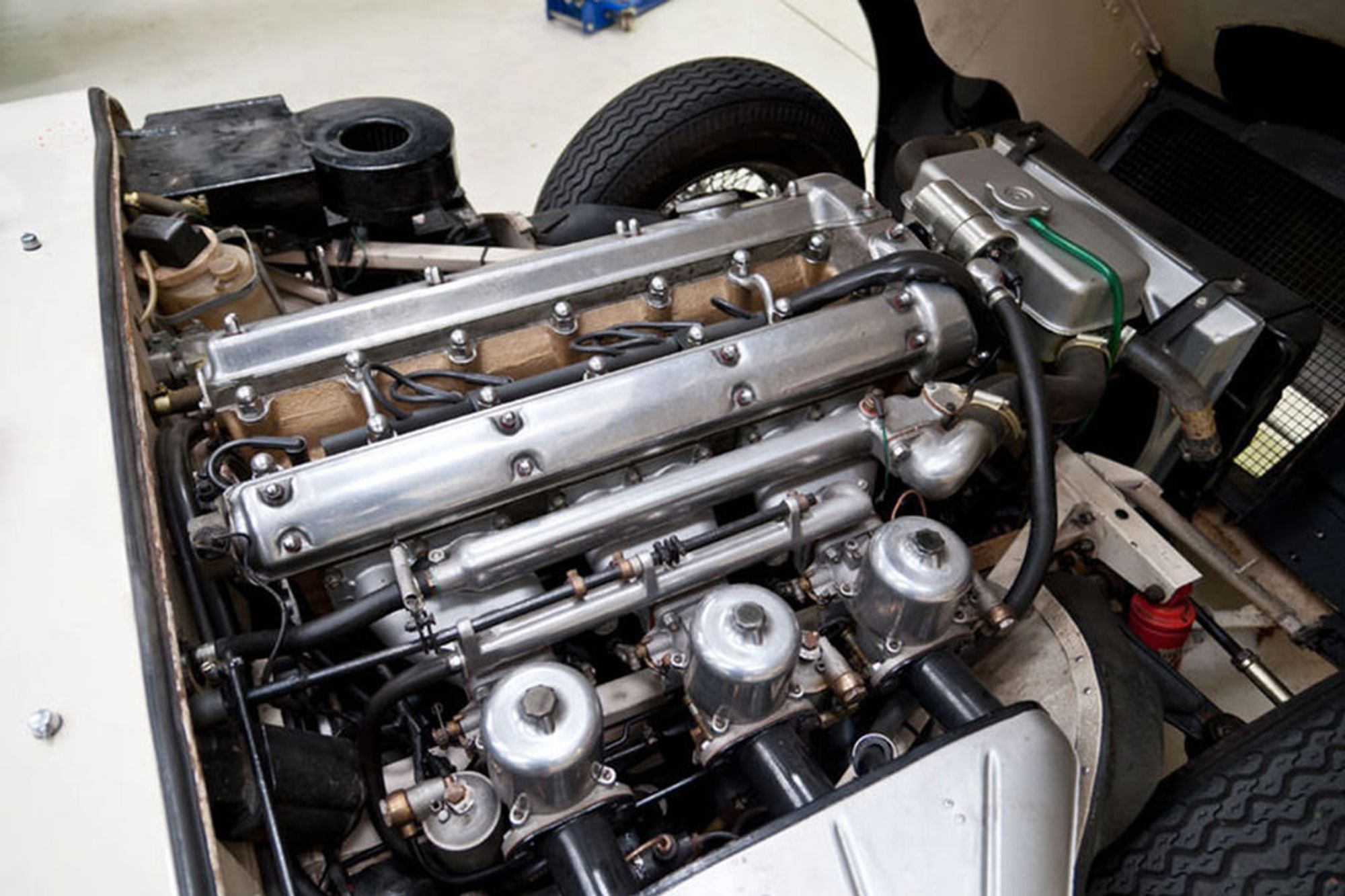 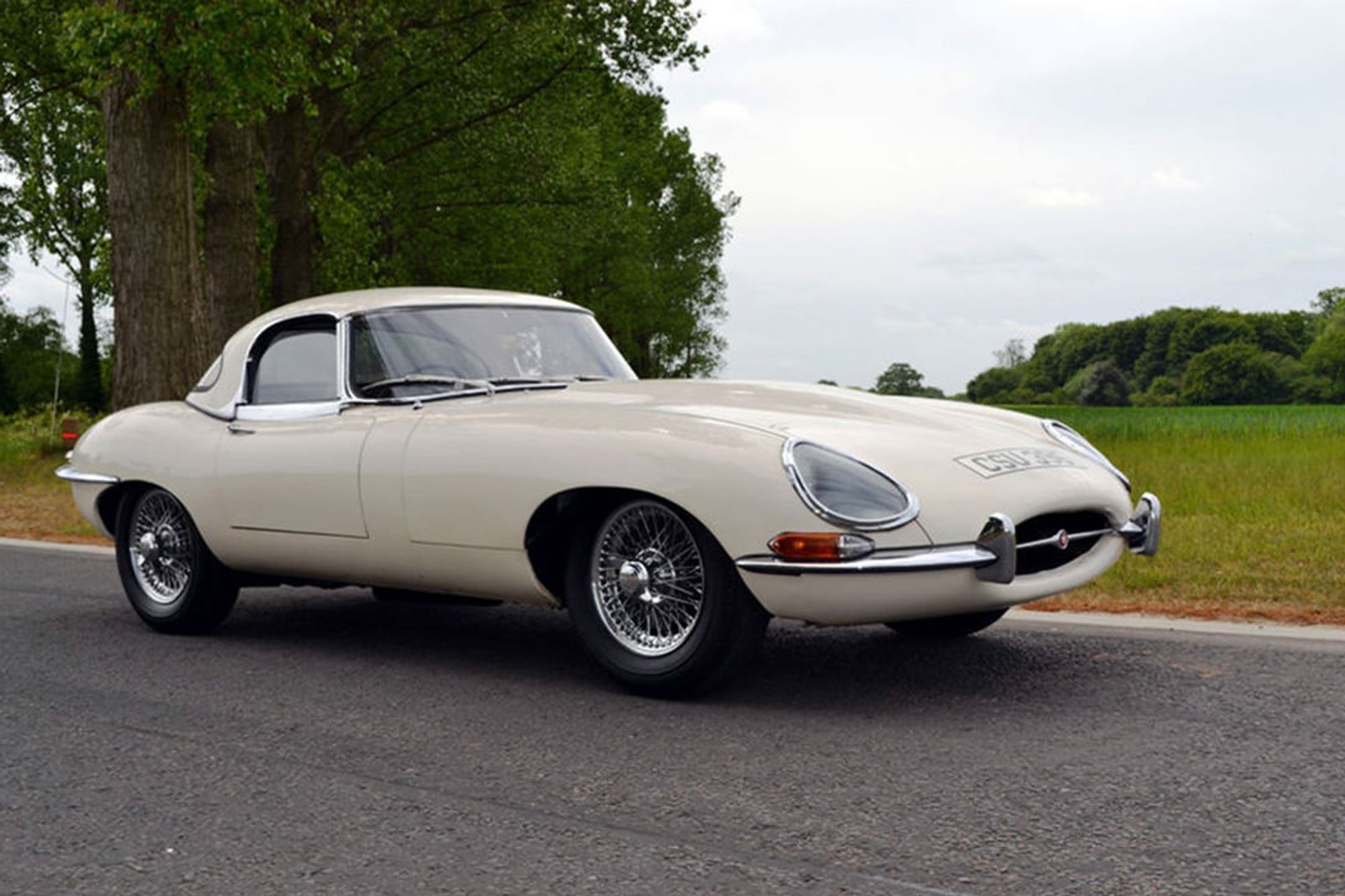