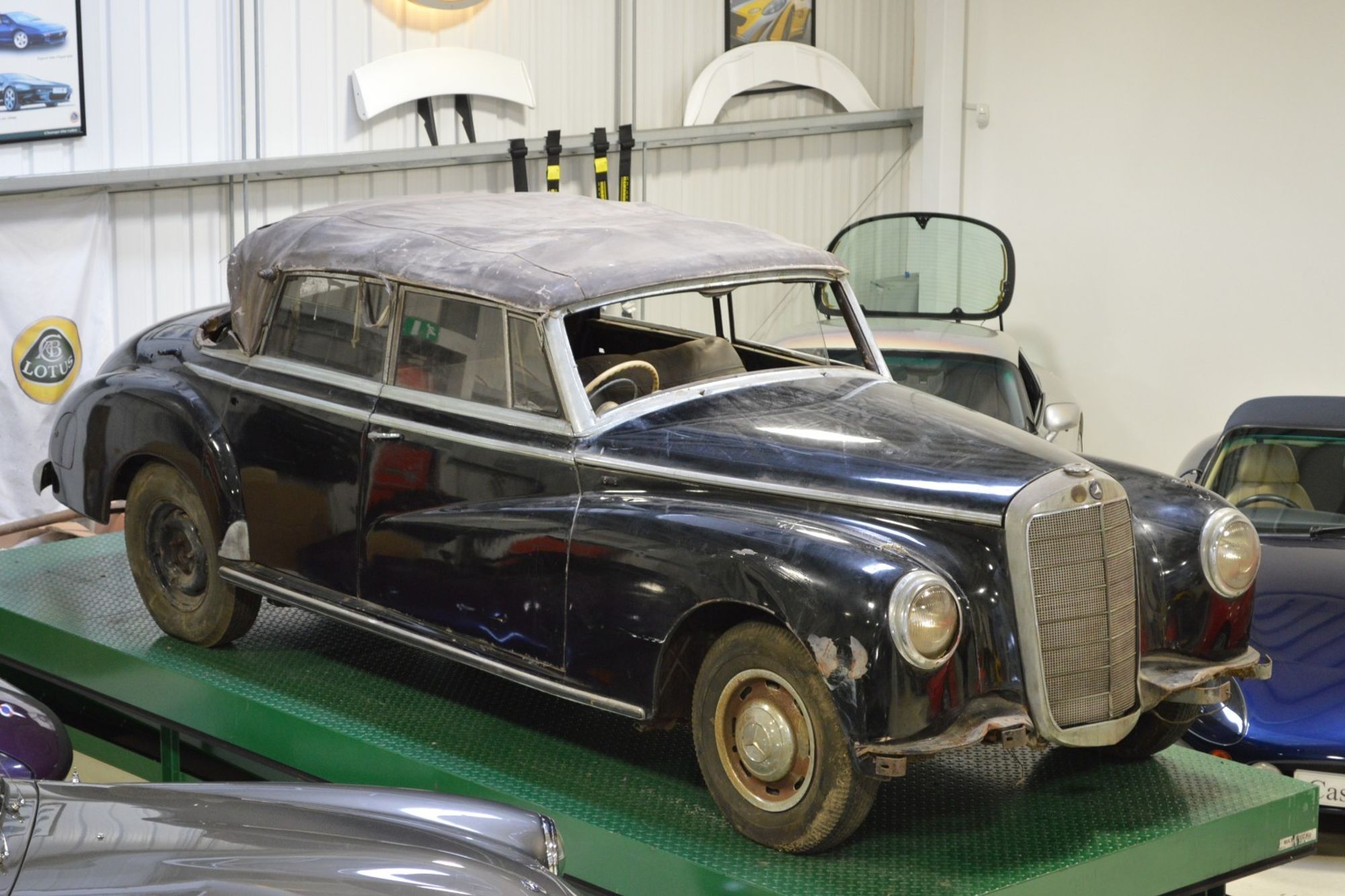 When you’re made aware of a historically important car languishing unloved in an industrial unit on the Continent, you’d be a fool to ignore it, wouldn’t you? We certainly couldn’t, and within days of the discovery, flights were already booked to Bremen and Gavin & Fraser were already on their way to a cold and dreary Germany to potentially unearth one of our most exciting finds in years. Having driven for hours through the bleak countryside, they eventually arrived at a deserted industrial estate, now wondering if they’d misread the address entirely and faced a long drive back in the other direction. A quick phone call to the car’s owner allowed for a sigh of relief as he confirmed the address was indeed correct, and directed them to a seemingly dilapidated building in the heart of the estate. Upon entering, they couldn’t have been more shocked. An Alladin’s cave of rare and exotic machinery awaited, and although sadly we can’t divulge too much detail, almost all the vehicles in there were found to be in pairs – the owner had always tried to buy two examples of any particular machine he desired at the time. Glancing over into the corner, the Adenauer was spotted, abandoned and forlorn underneath a cover. The car remained in family ownership, now passed down to the sons, but the Father’s wish was still to see the car restored to its former glory – a plan that had been in the works for the previous 40 years, but was never followed through with. Having looked over the car, a deal was quickly struck and shipping arranged. It arrived at the Hilton and Moss not long afterwards. The car is a 1955 Mercedes Benz W186 300b Cabriolet D “Adenauer”. This vehicle is believed to be one of only 7 RHD cars ever made. Significantly, this is the model of car used in the advert for Galaxy chocolate where a GCI Audrey Hepburn gets out of a coach and into the back of a 1955 Adenauer, putting the bus driver’s cap on the head of the chap driving this Mercedes. This car, finished in special order “Teildunkenblau” or deep-dark-blue is also believed to have been used as the German Embassy car in London, at the time wearing the Embassy plate “1 GER”. It was supplied to MERCEDES-BENZ BRENTFORD on 26th May 1955. It was then sold in the mid 1960’s (when we assume its diplomatic duties were up), to a private individual in Liverpool. It is then in 1972 where the last owner comes into the equation. A German businessman visiting the UK on business saw the vehicle for sale looking a little worse for wear and set about purchasing it. Despite being a RHD example and wearing the number plate OSF 475 (which is still on the car today), he purchased the vehicle and planned to take it back with him to Germany to restore – him knowing its historical significance, rarity and value. He paid for UK storage with the dealer he had purchased it from for quite a few years and eventually the car was picked up by him and his wife with a Land Rover and trailer and taken back to northern Germany, just outside Bremen in 1978. The car went into his storage unit and that’s where it stayed.Unique provenance, ultra rare, known by millions for the Galaxy link, possibly one of the most historically significant vehicles to pass into our hands to restore to perfection and then entered into the most prestigious Concours events the UK has to offer. Does it need a lot of work? Of course. Are we able to do it justice? Absolutely. 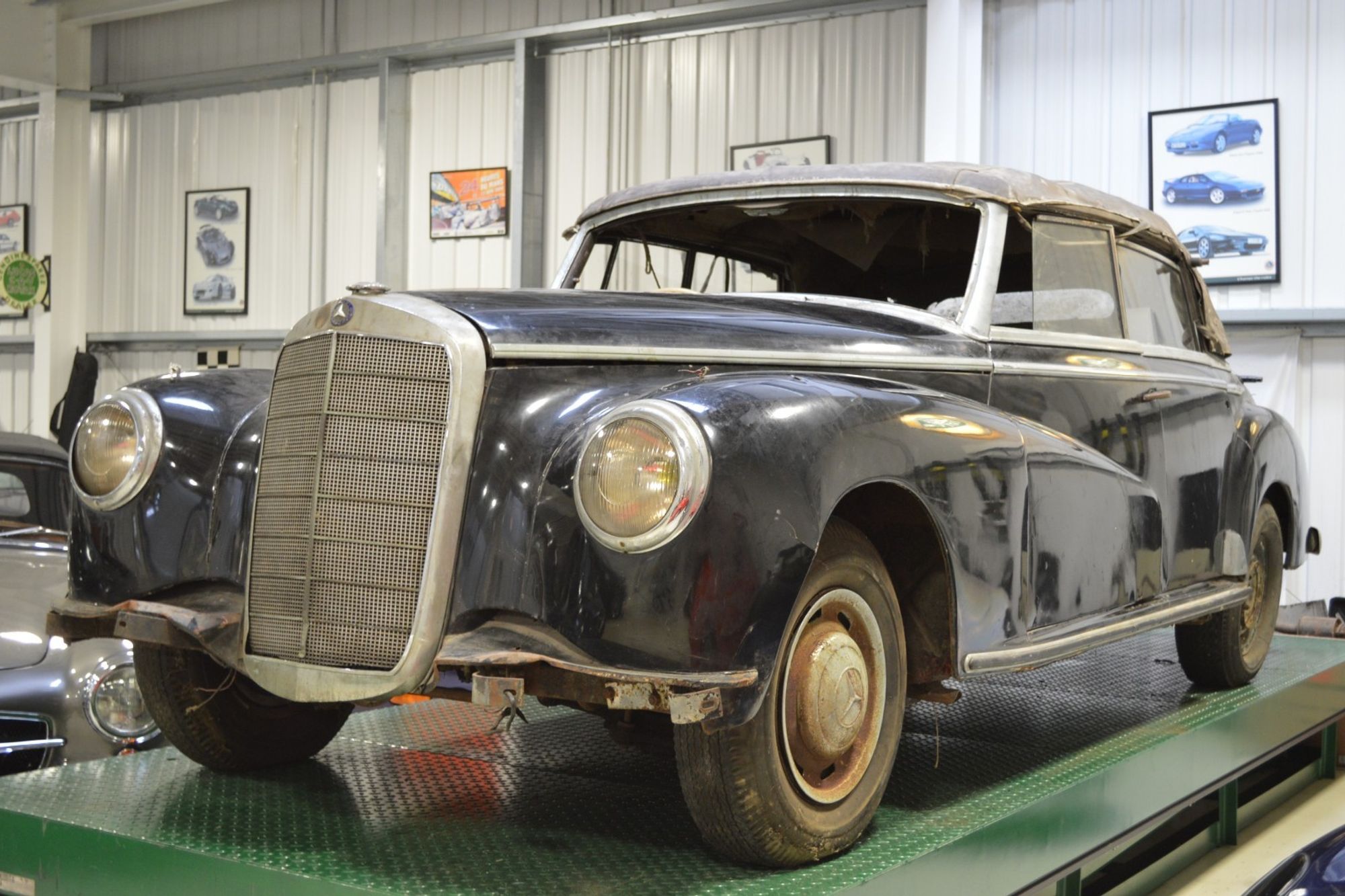 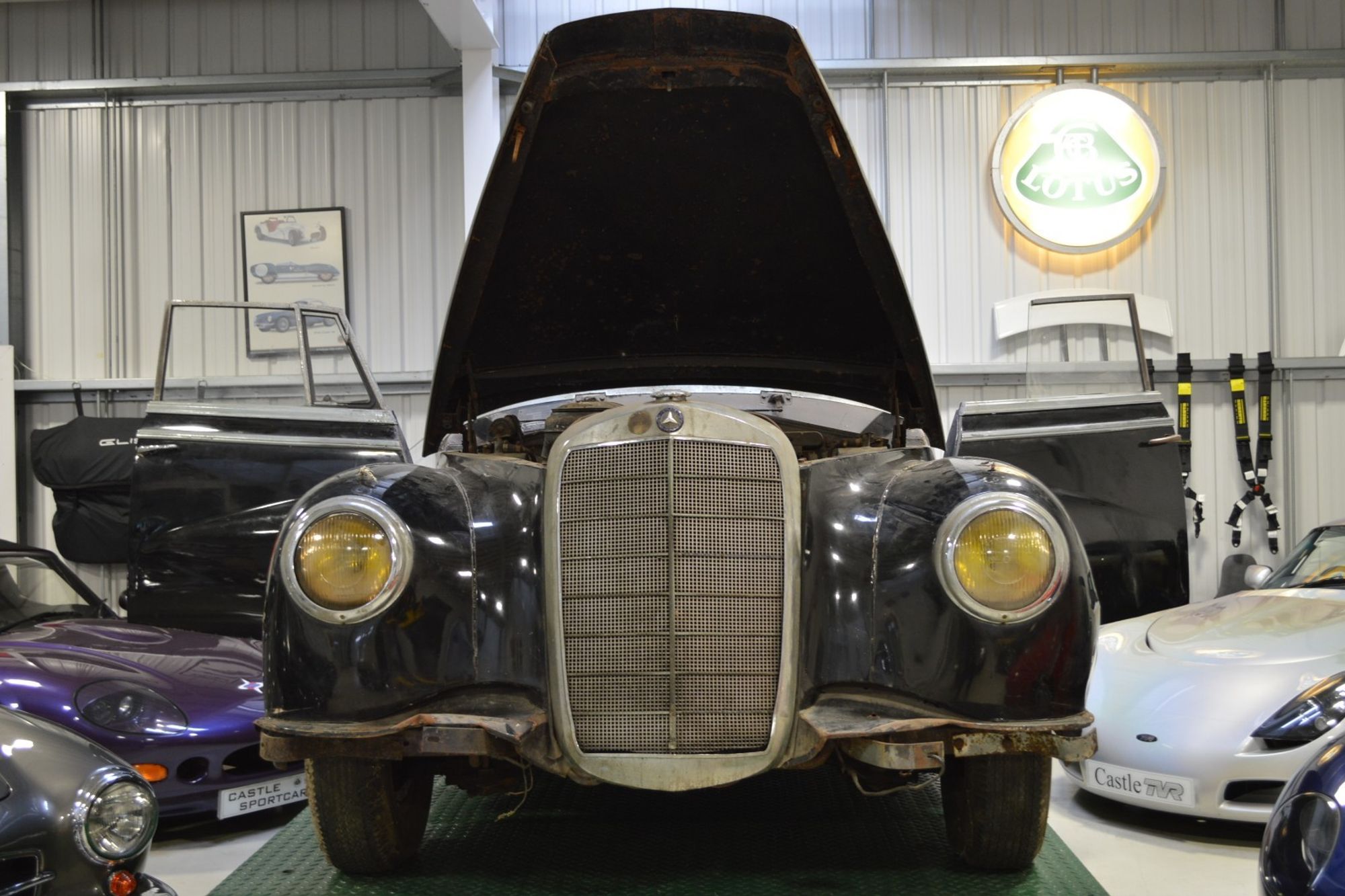 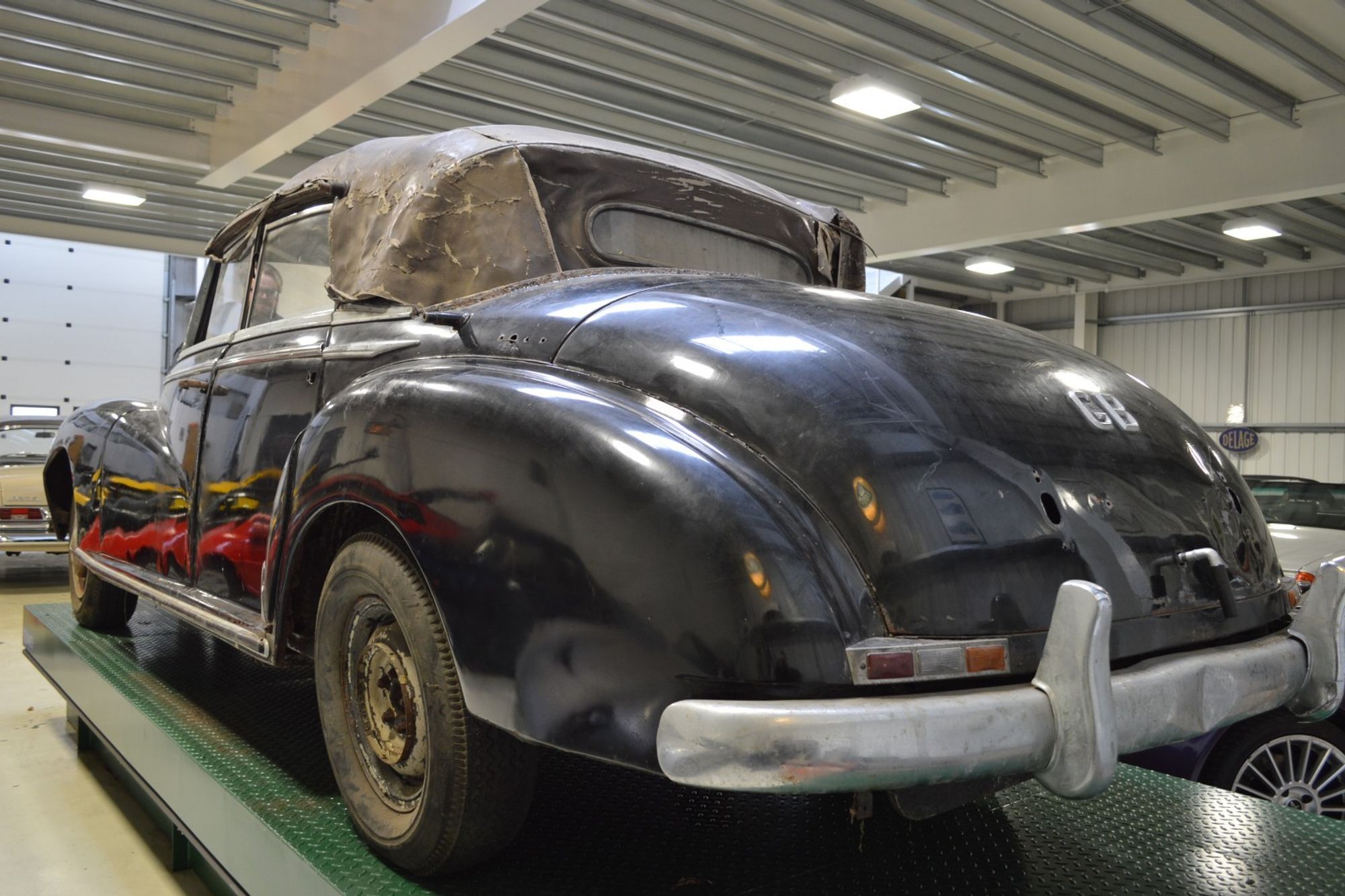 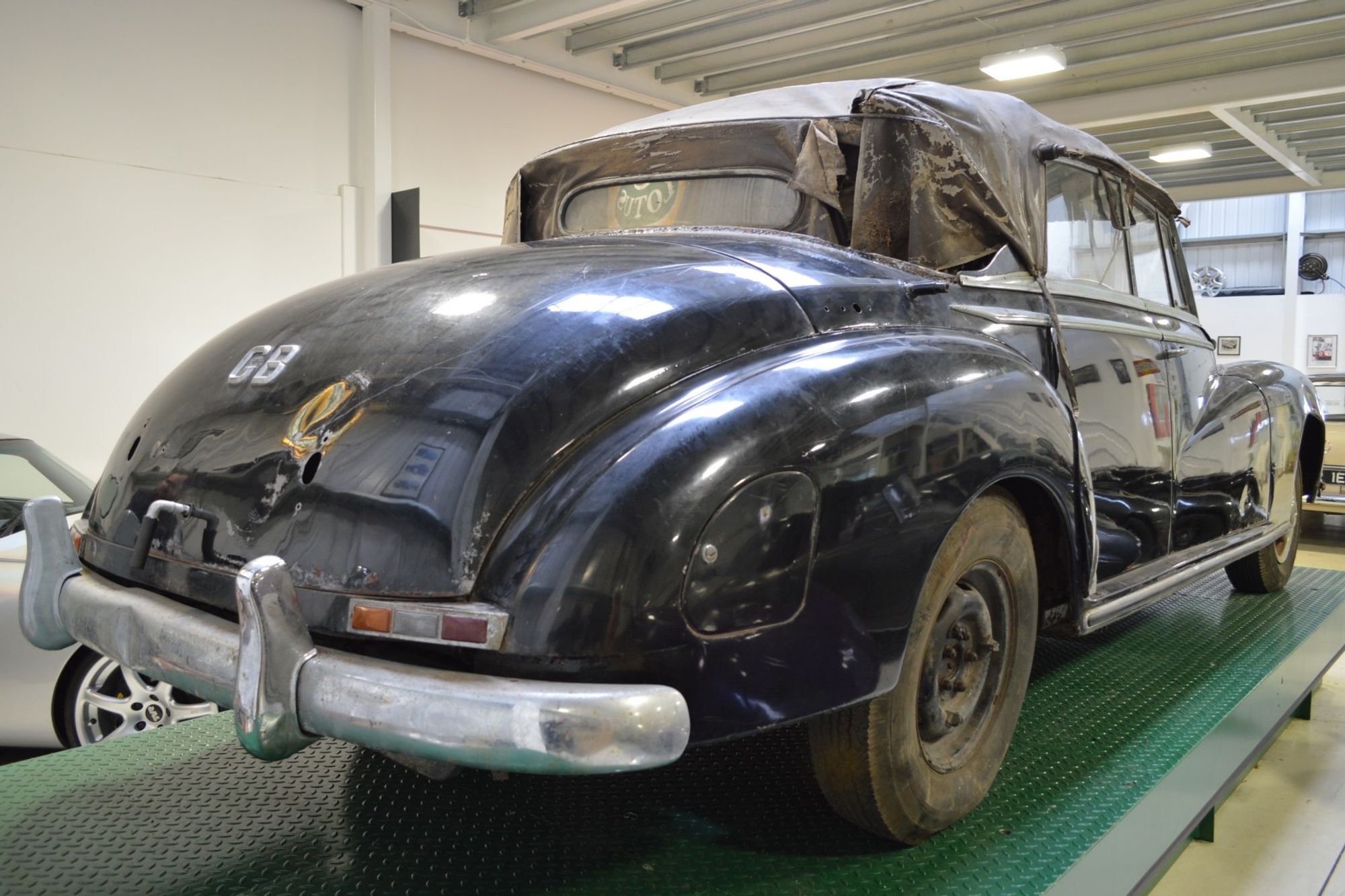 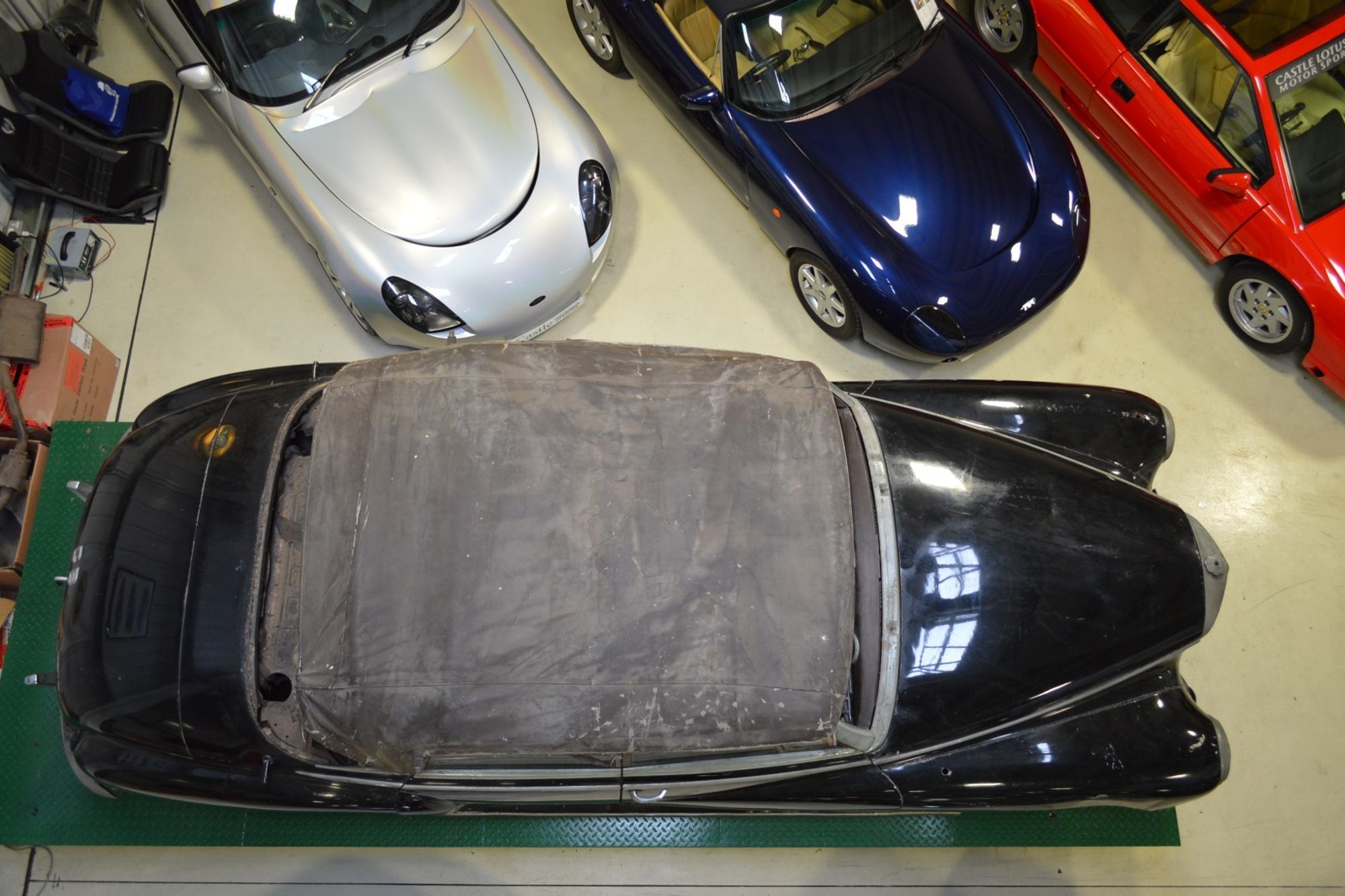 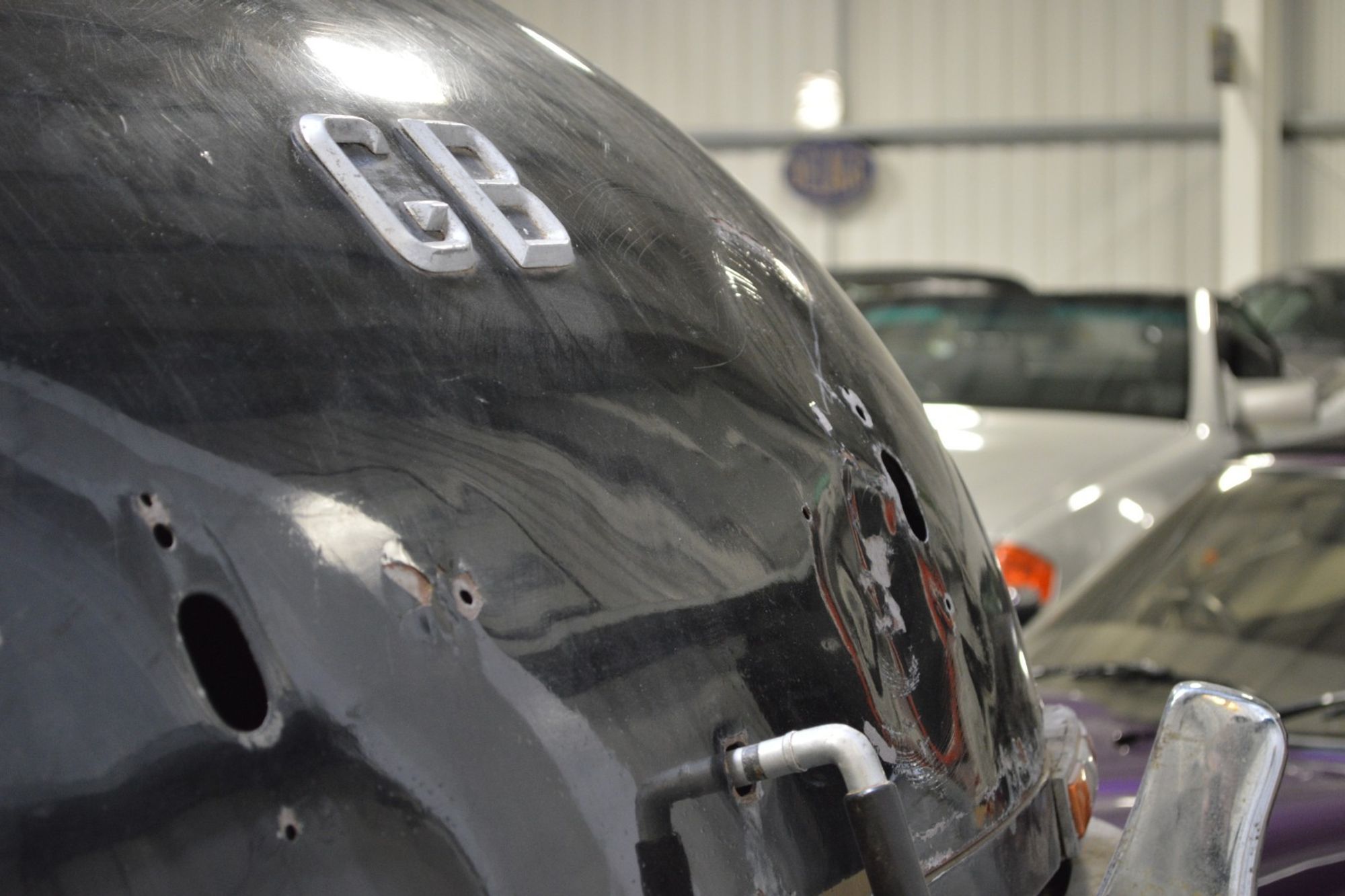 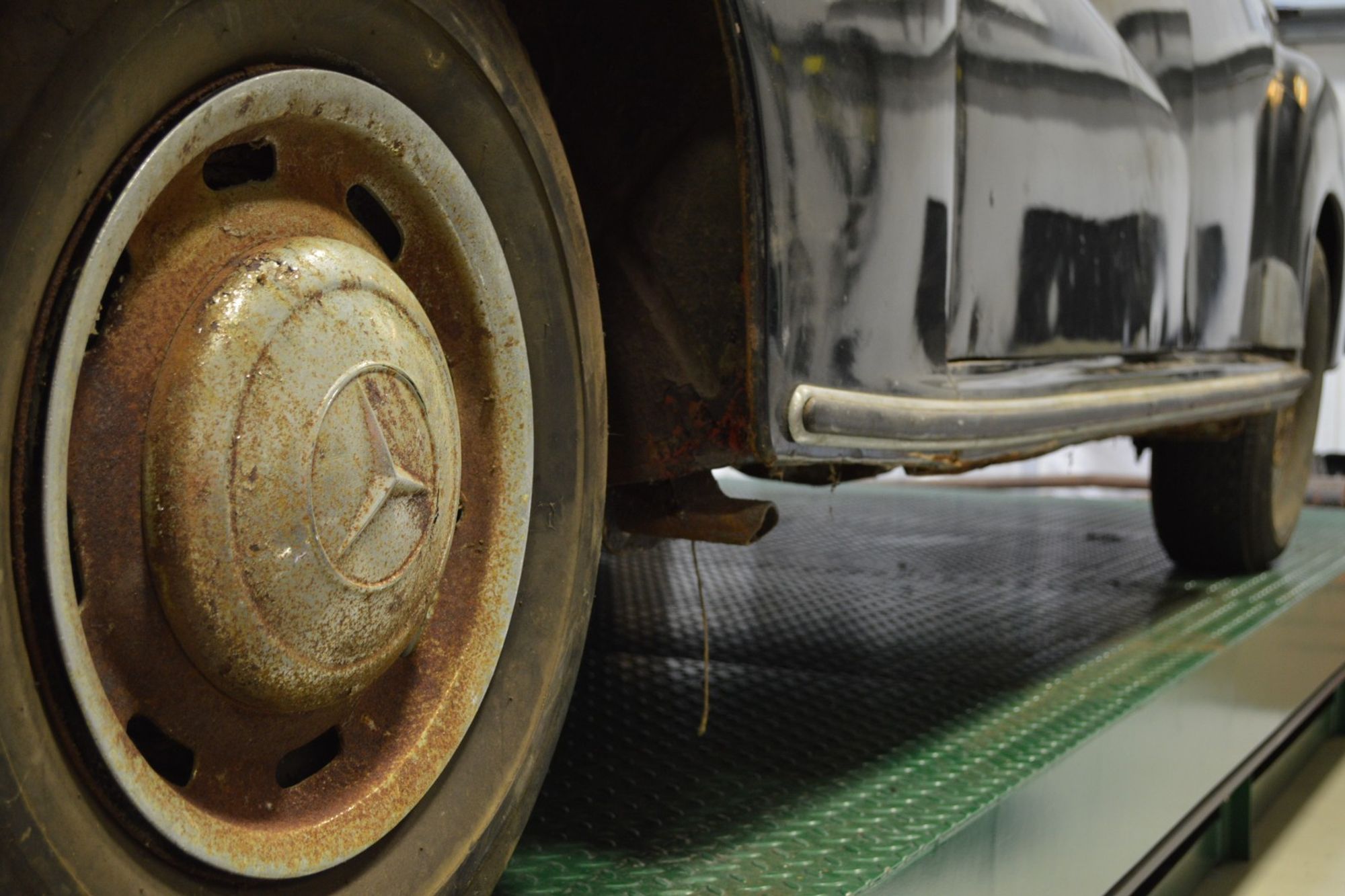 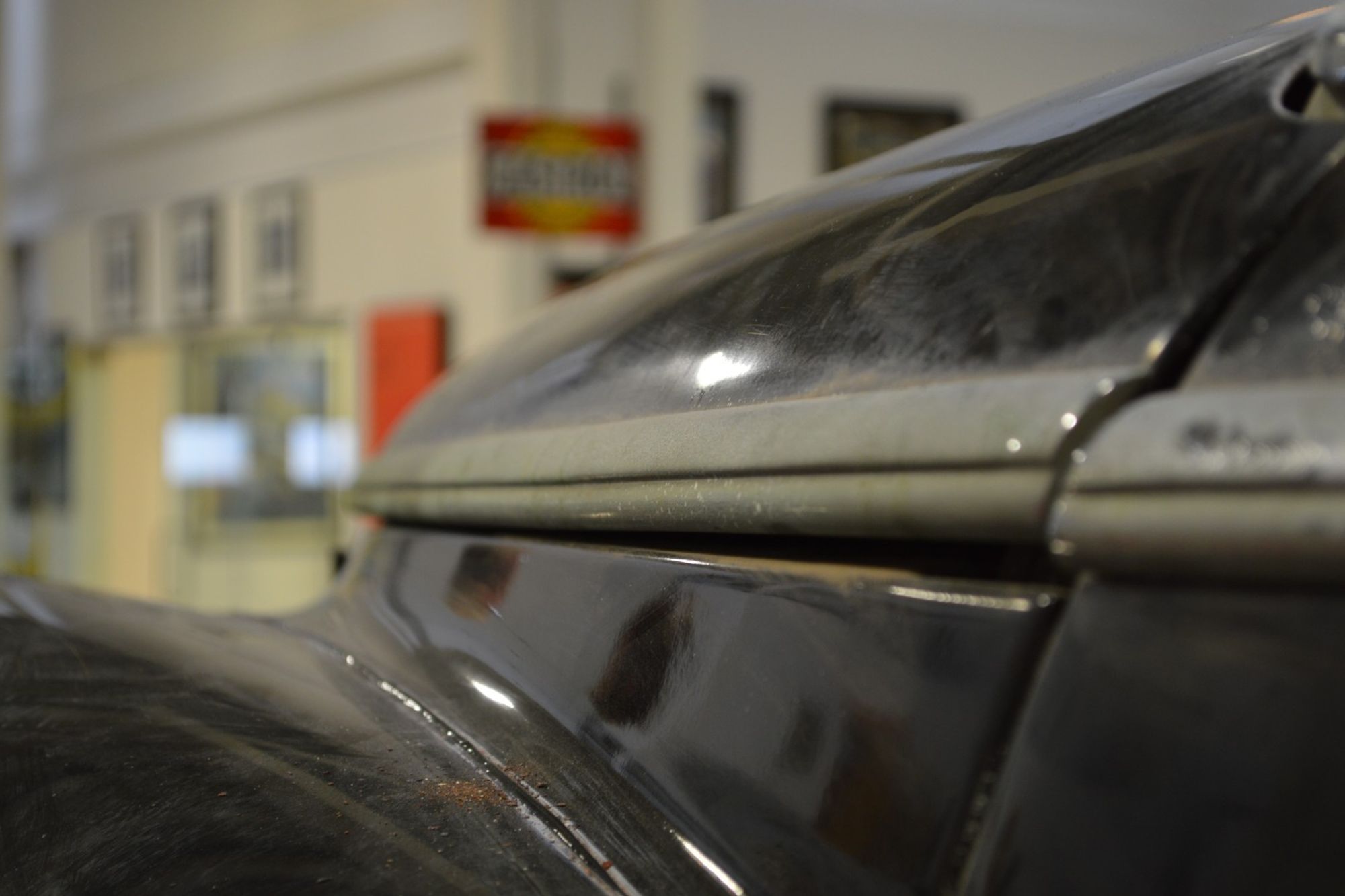 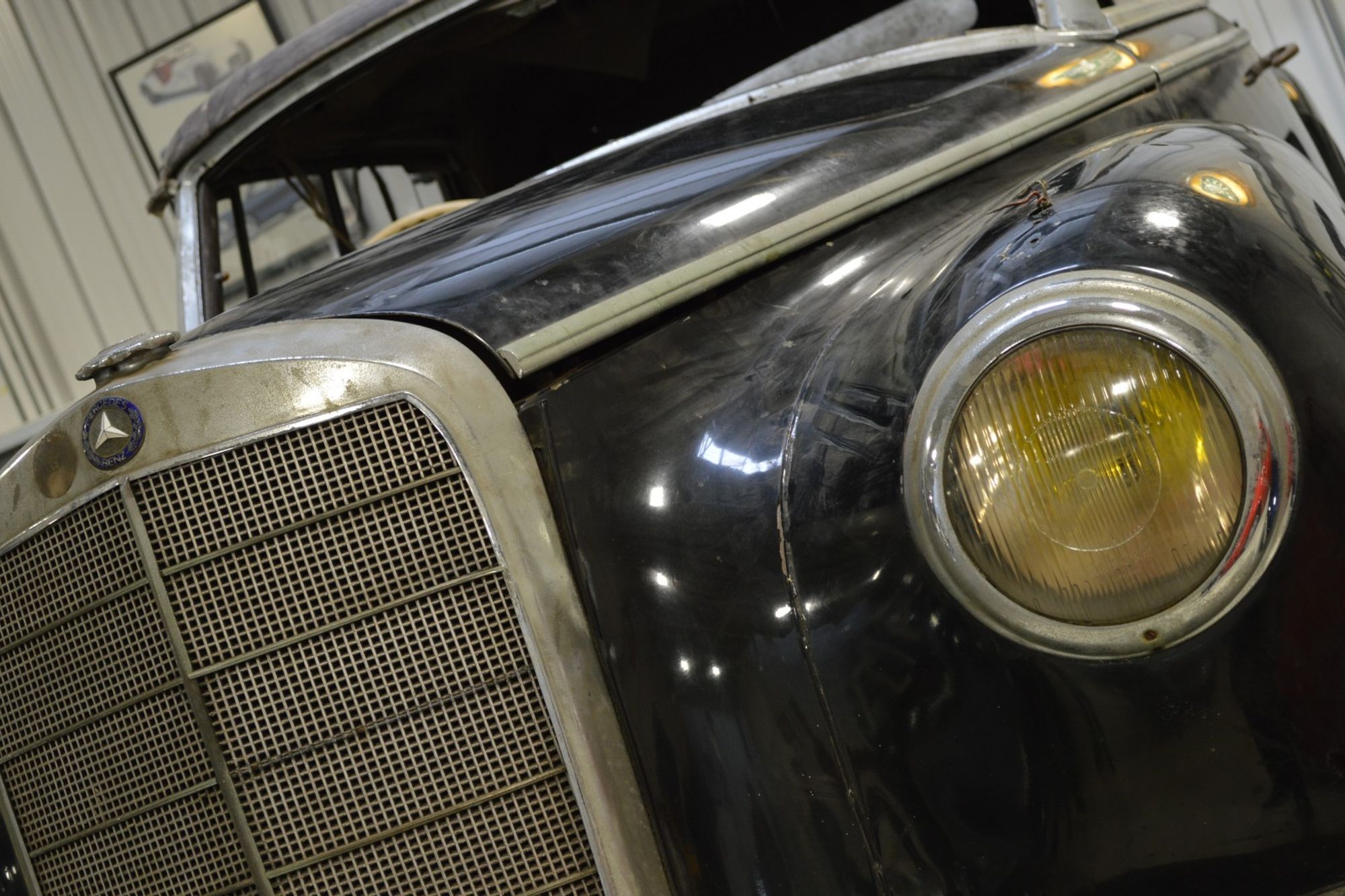 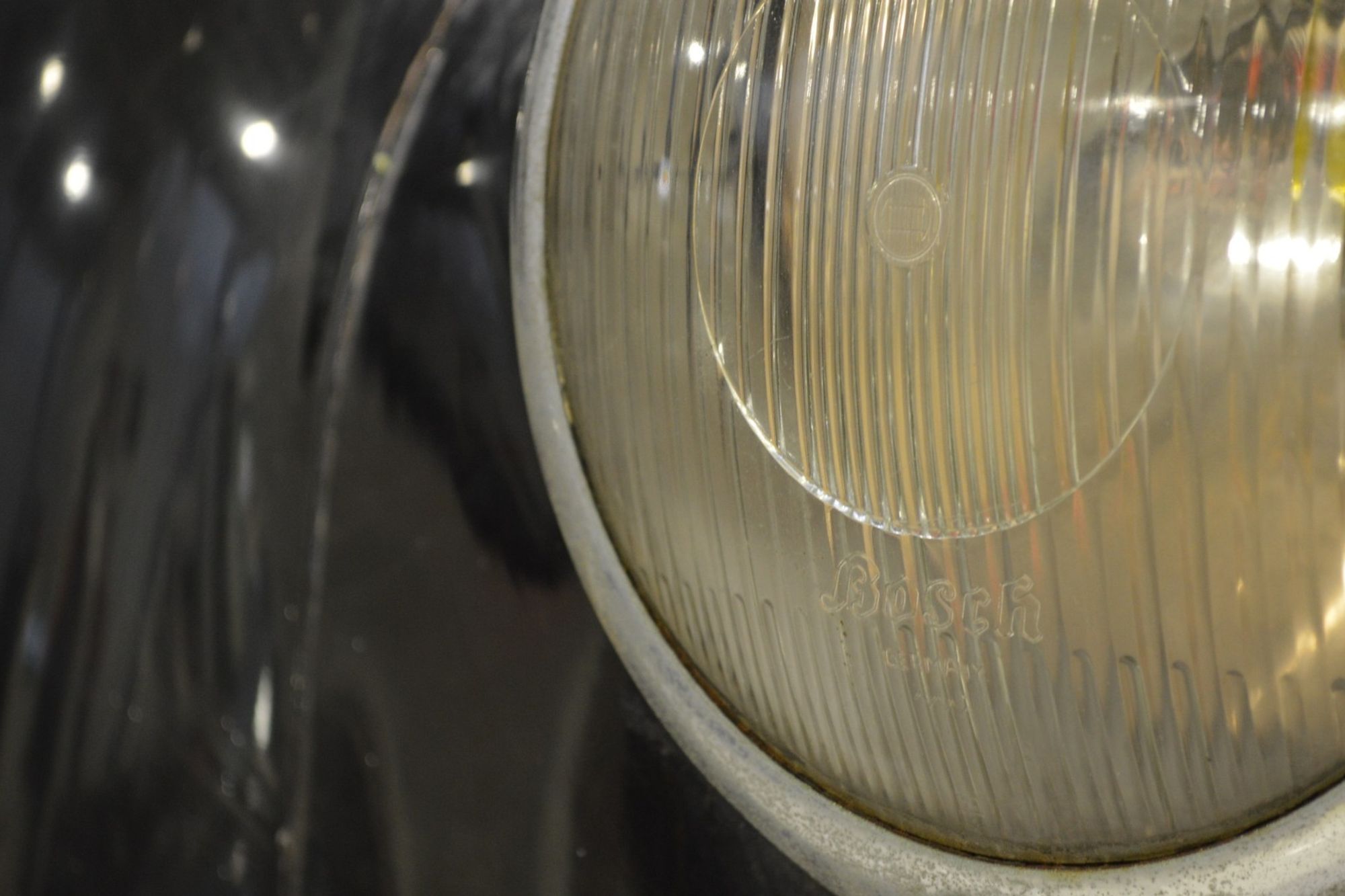 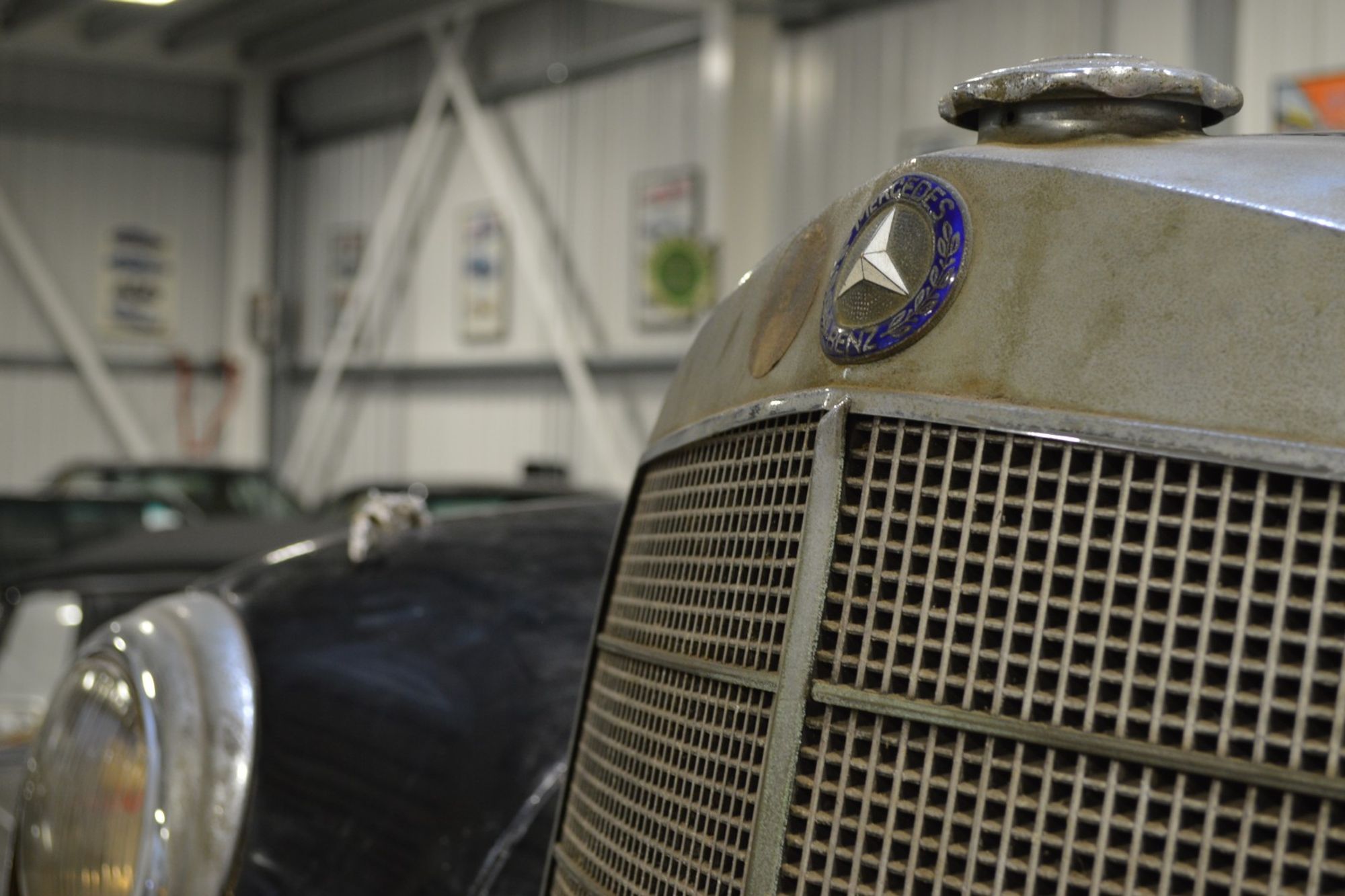 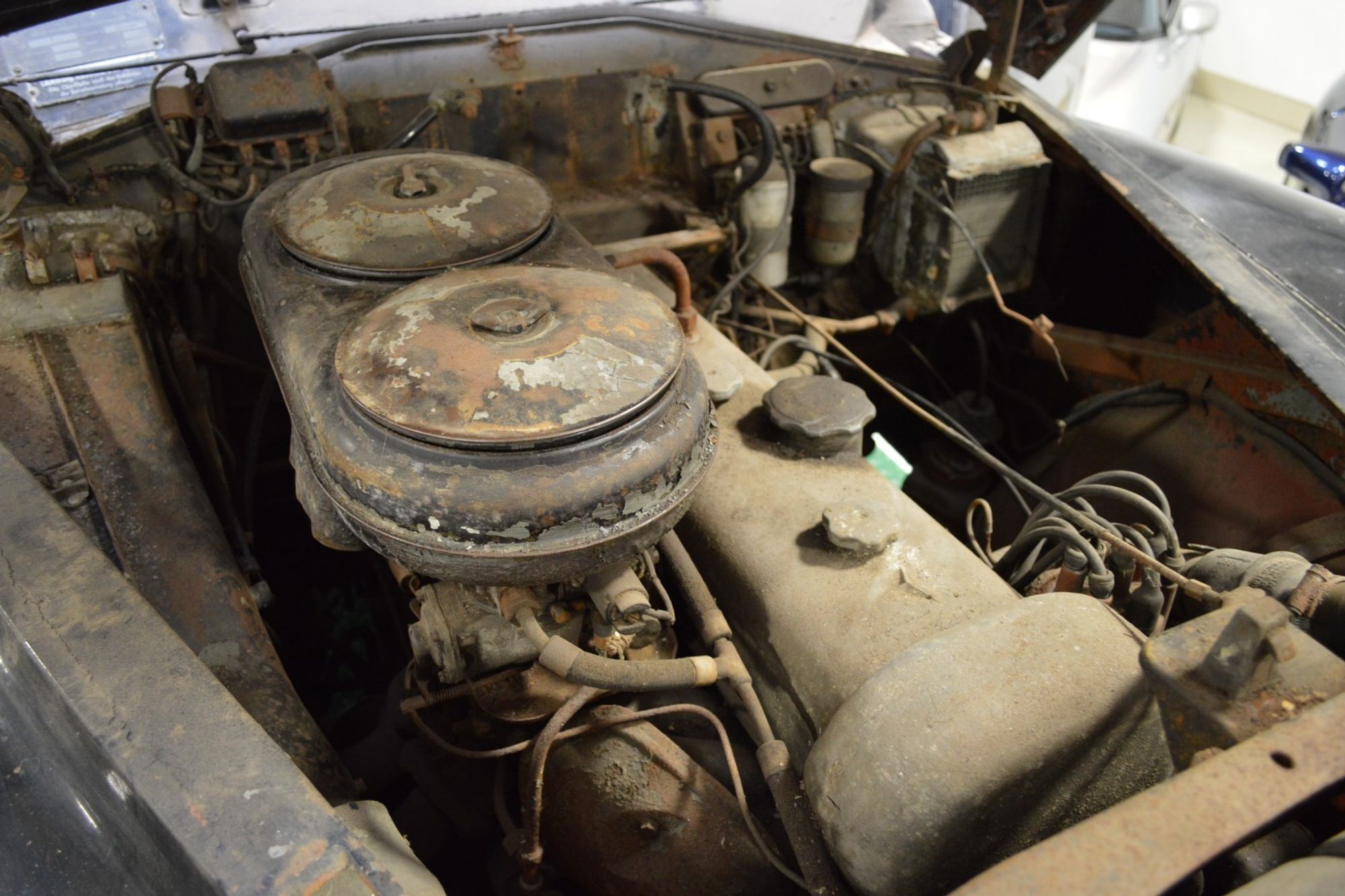 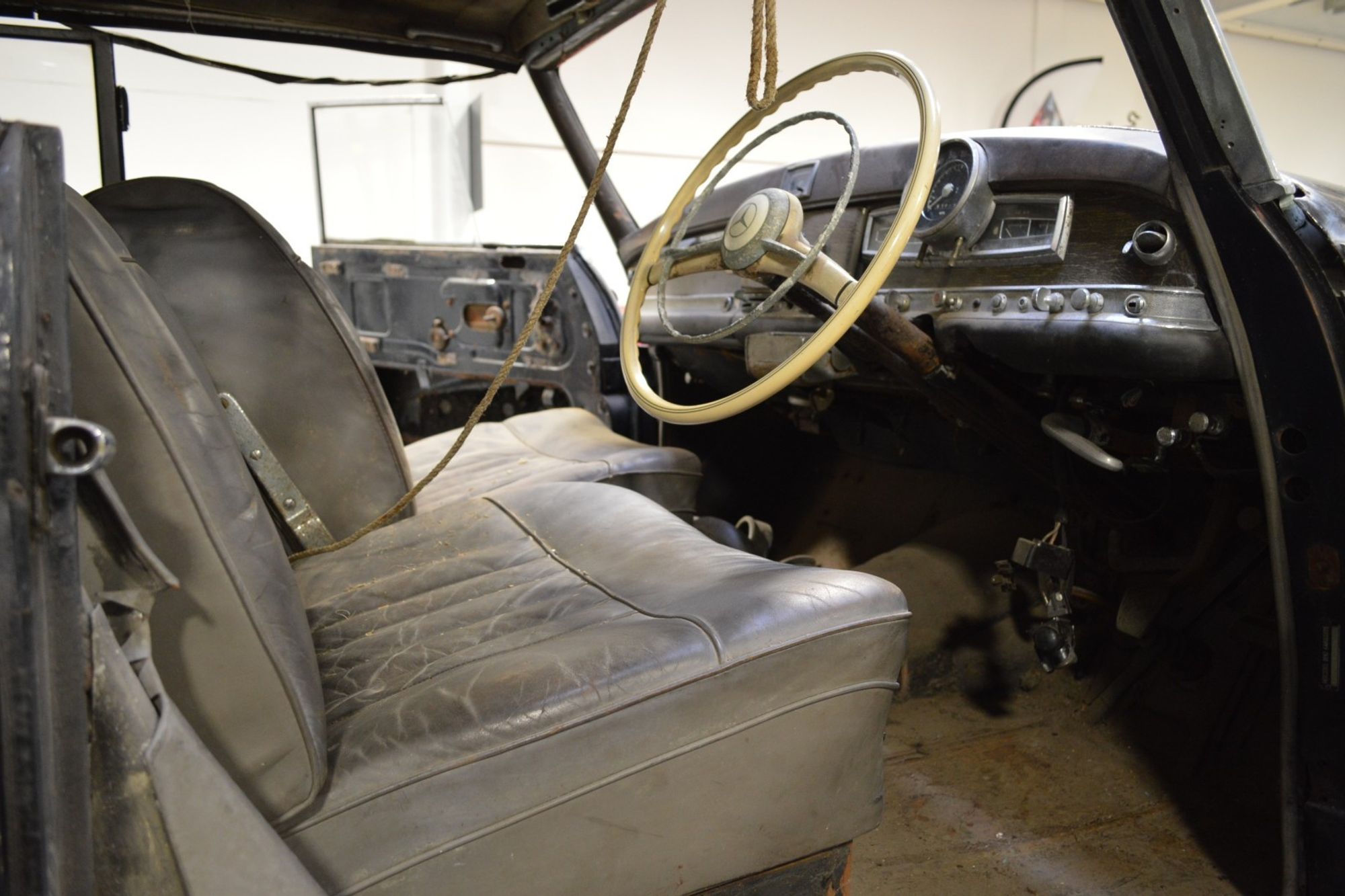 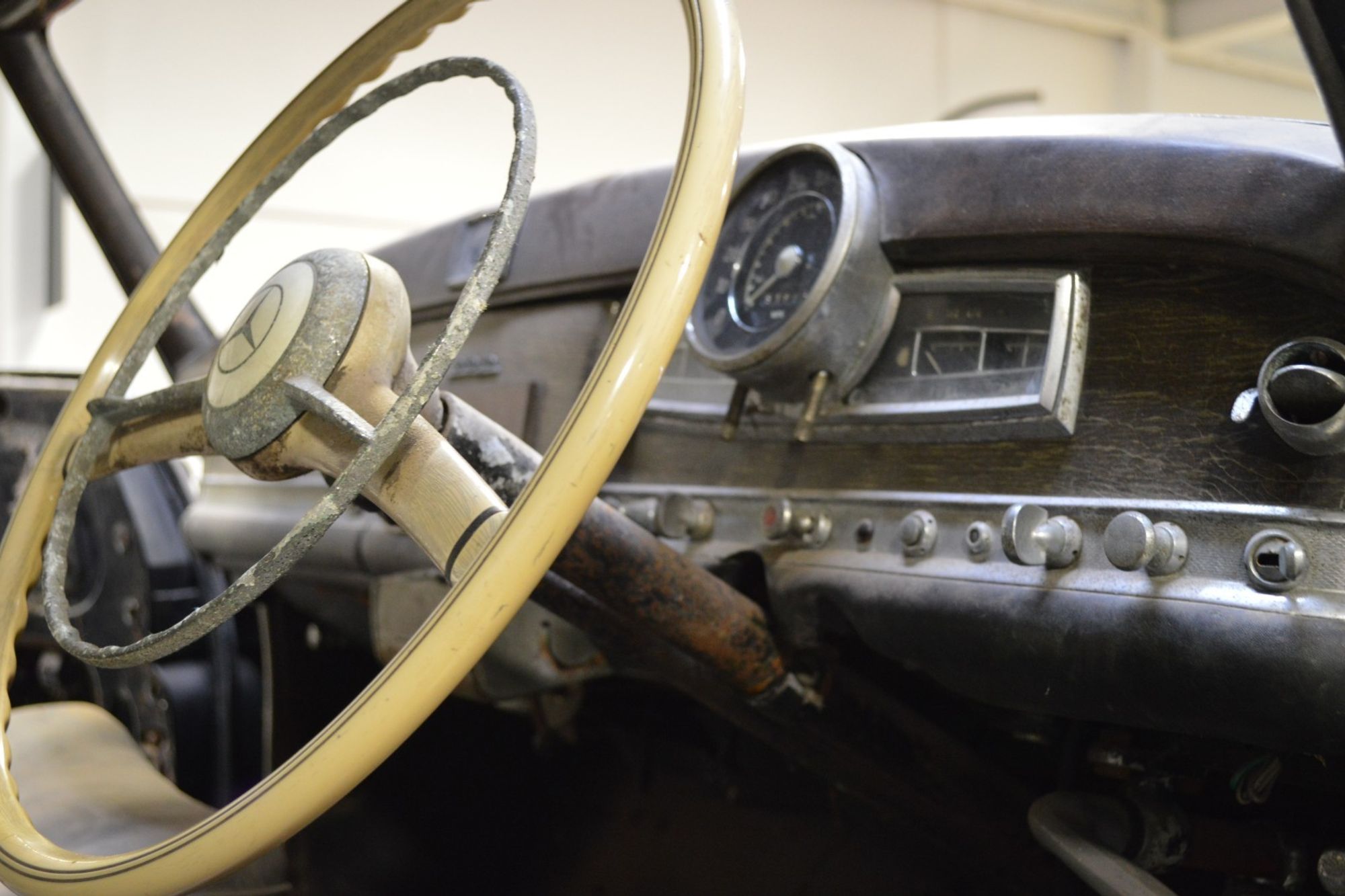 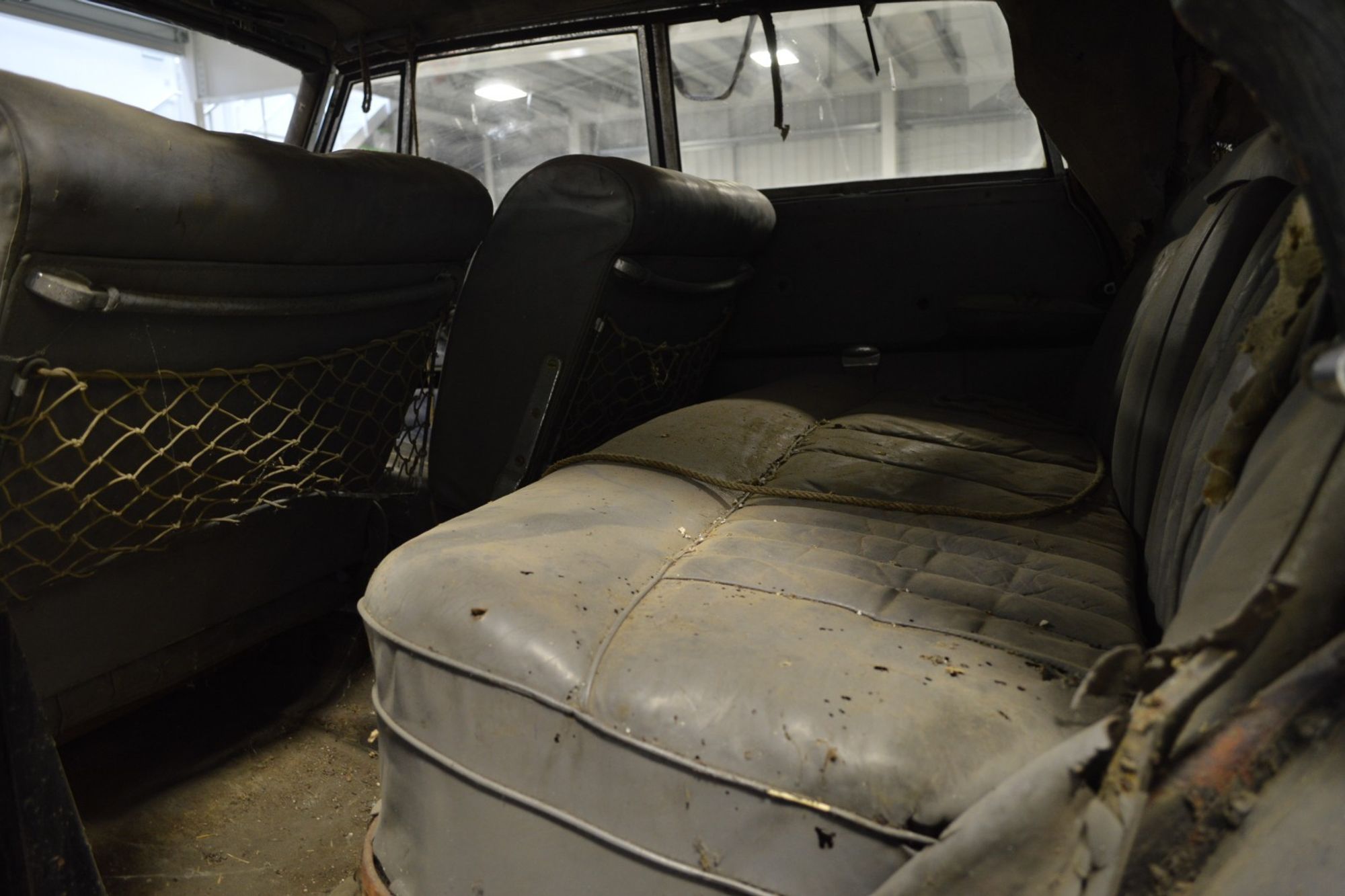 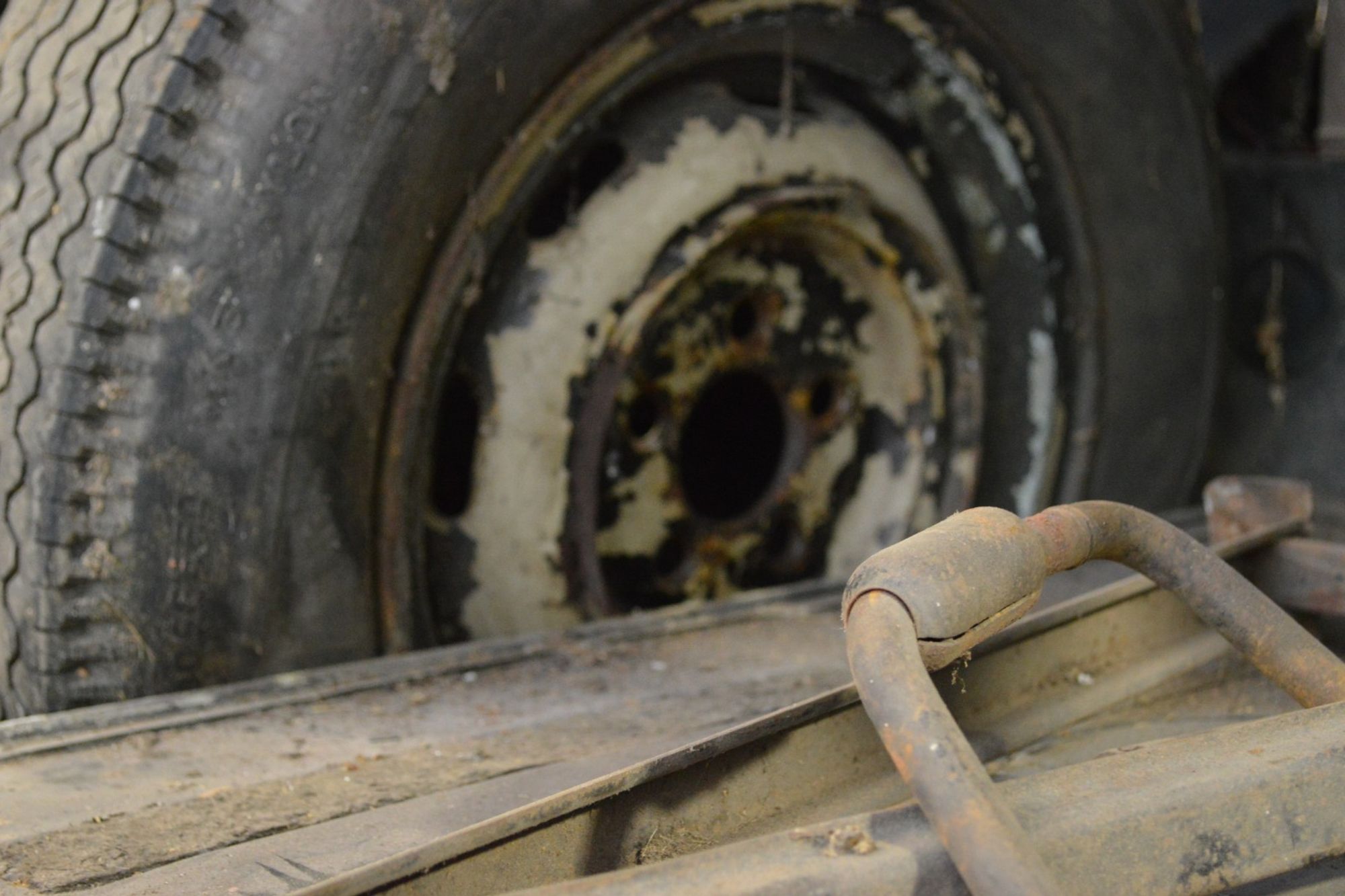 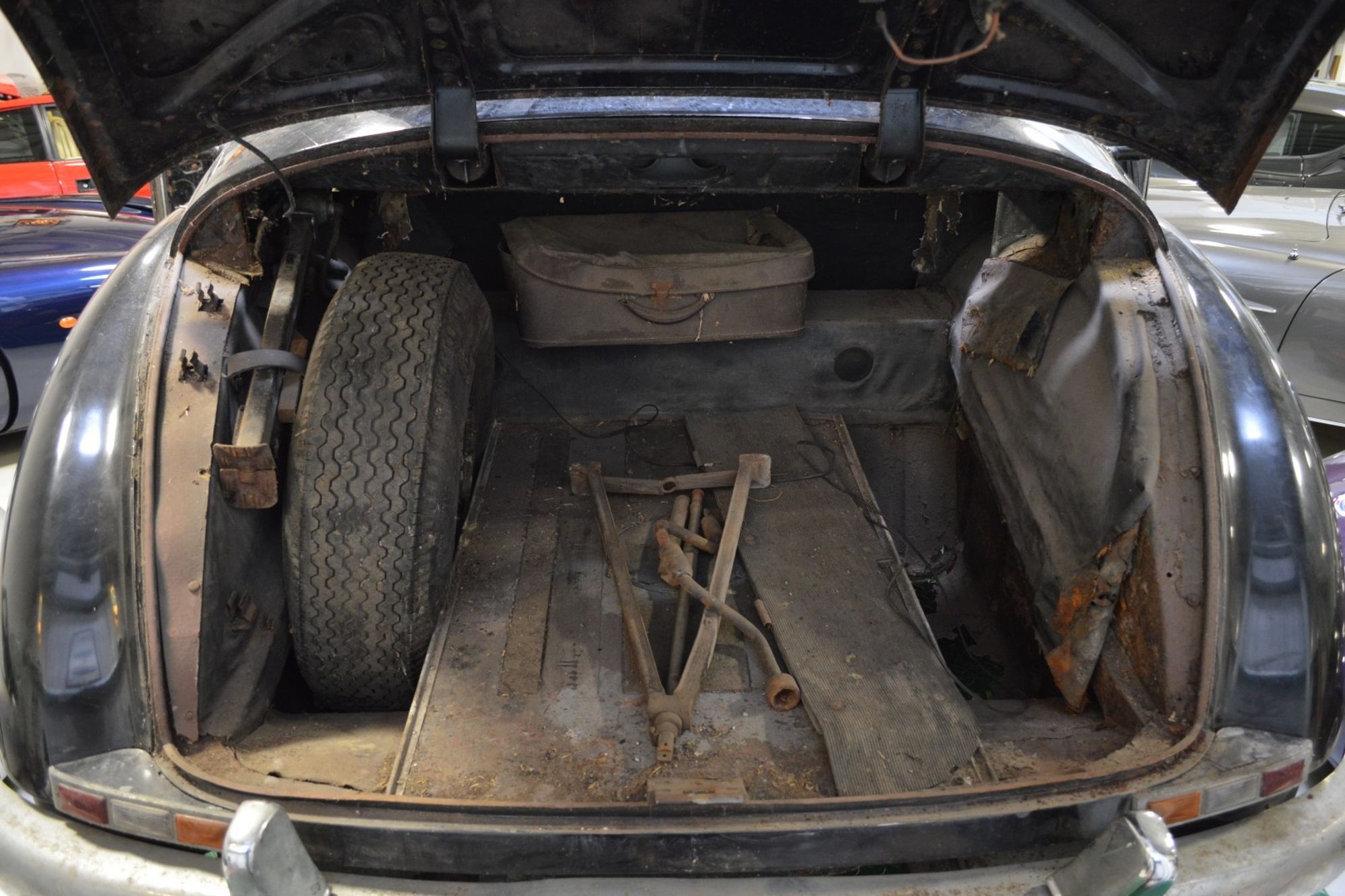