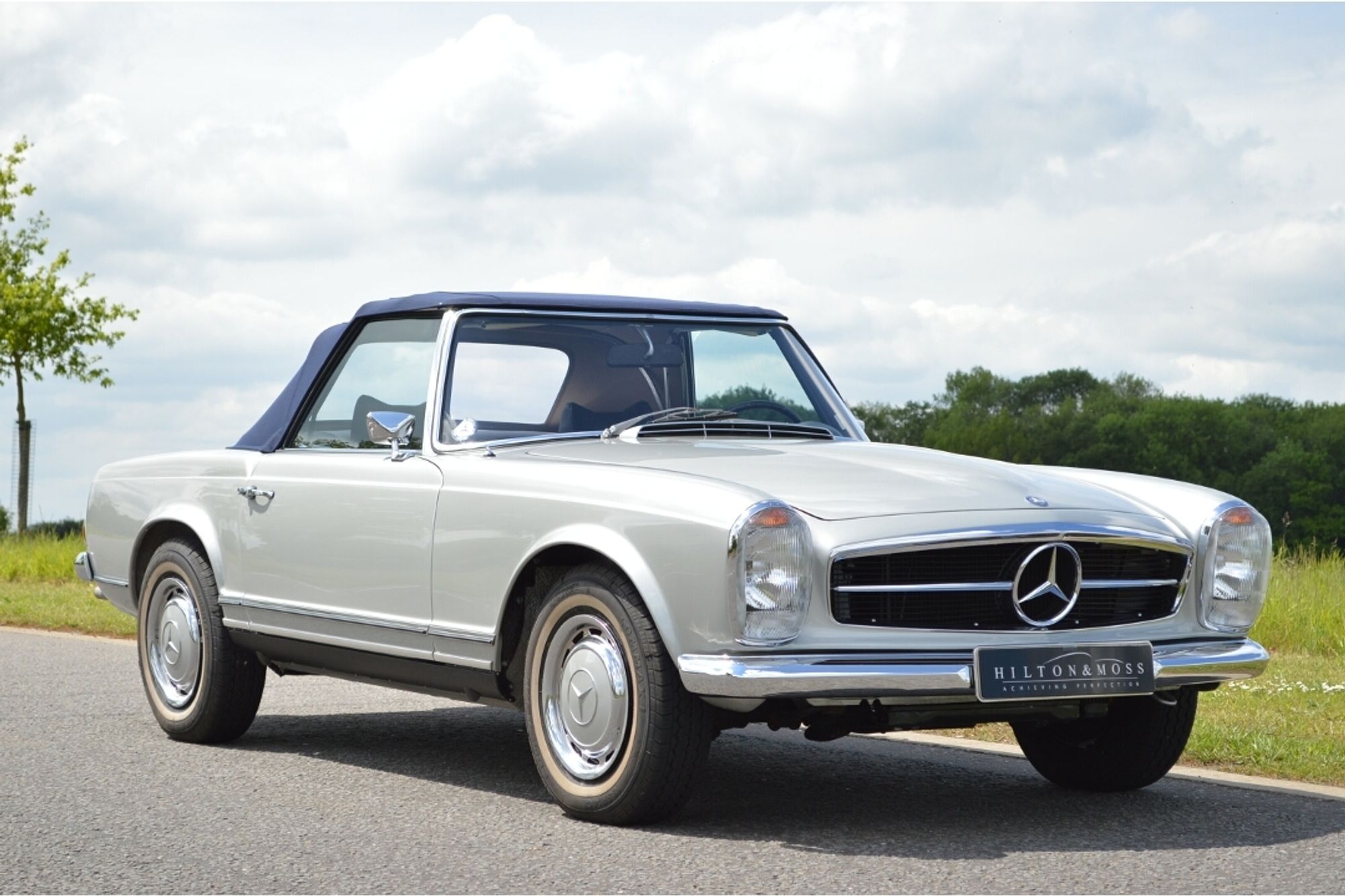 Deposit taken. Having spent most of its life in the States, this 1969 Mercedes 280SL Pagoda was in a remarkably rust free state – one of the best we’ve ever seen, in fact. Residing in a dry state meant the car was able to avoid the rust problems that often plague classic Mercedes of this era, and we were astonished by the originality of the shell. There were no signs of previous accident damage or previous welding, and even the smallest details were still correct to how they would’ve left the production line – the original seams and spot welds, for example, are still visible; details which are often masked by previous paintwork and body repairs. Taking all these original features into account meant it was quite possibly the best 280SL Pagoda shell we’d ever come across. With the car’s previous owner having spent a considerable sum with us on a full body restoration, repaint in DB180 Silver, full conversion to European spec, new hood and partial interior re-trim, in addition to numerous smaller improvements throughout the car, we relished the opportunity to add it to our stock, as we know the car intimately. The restoration is fully documented with over 400 images, which will be supplied with the car. Of course, to do a full colour change necessitated stripping the car down to a bare shell, and work could then begin to rectify the various dents and bodywork issues that were present across the car. Starting life in USA spec, the decision was made to delete the side markers and change the bumpers, headlights and tail lamps for European spec, in addition to fitting the all important chrome flashing underneath the numberplate. The boot floor was rusted through, so that was cut out and replaced with a new, genuine Mercedes-Benz replacement panel. The radiator and various engine bay components were painted satin black, and the fuel pump and injectors were overhauled. New rubber seals were fitted all round the body, in addition to a new windscreen, new headlamp units, new engine auxiliary belts and new water hoses. The wheels were refurbished and powdercoated, and new period correct, whitewall tyres fitted to them. After fitting new tyres, there would have been little point in leaving the braking system feeling lacklustre, so all 4 calipers were removed from the hubs and overhauled. After re-fit, our attention then turned to improving things aurally. Despite these cars benefiting from a lovely sounding straight six engine, it was essential to be able to provide good quality music for those long drives. We carried out a custom installation of speakers and a retro look modern stereo, including trimming the speakers pods in blue leather to match the interior – it’s the little details that define a Hilton and Moss car. A unique opportunity to purchase one of the most original and honest 280SL Pagodas on the road today, with bodywork having been carried out to an exceptionally high standard. For any serious enquiries, please email sales@hiltonandmoss.com 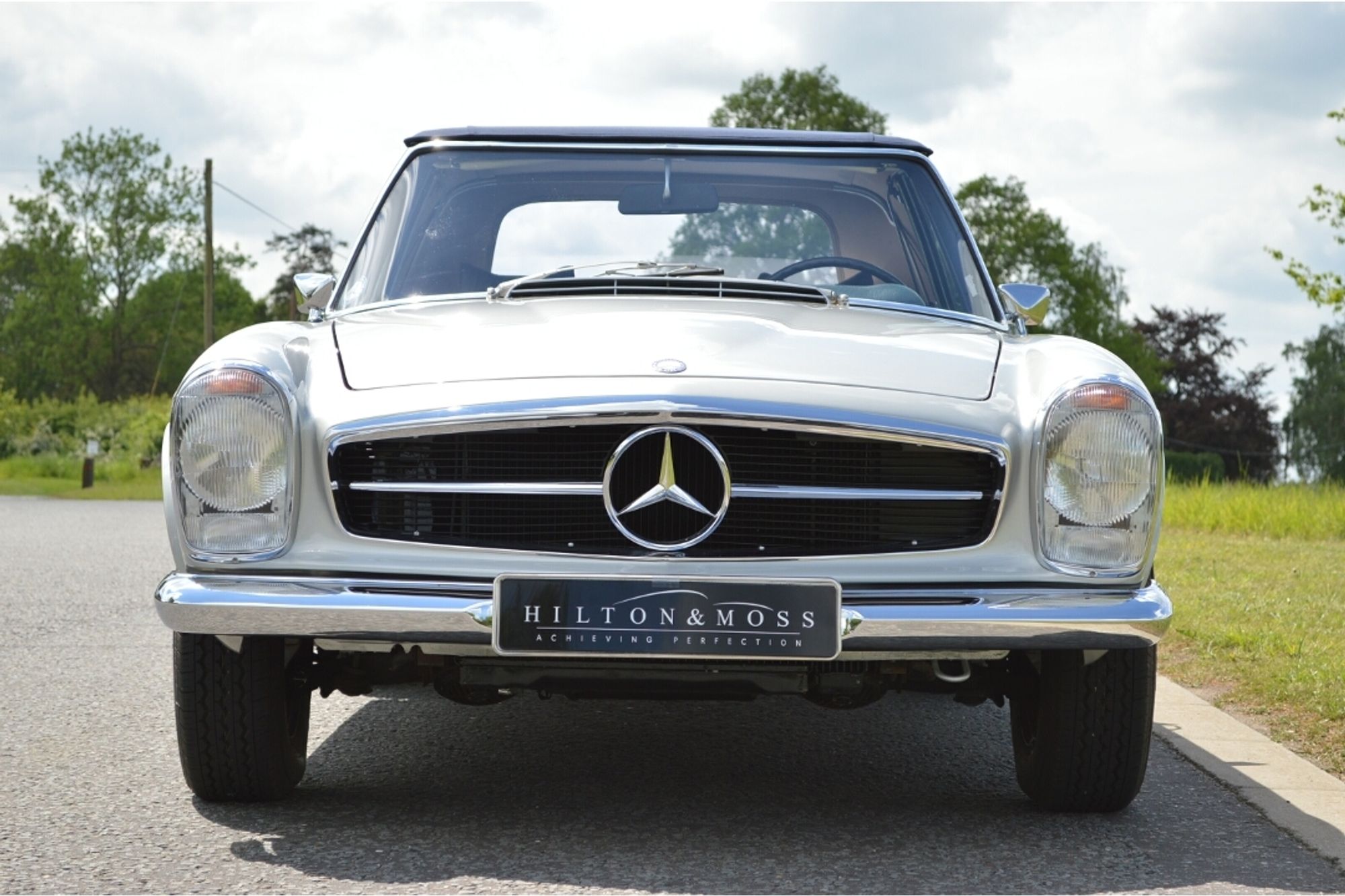 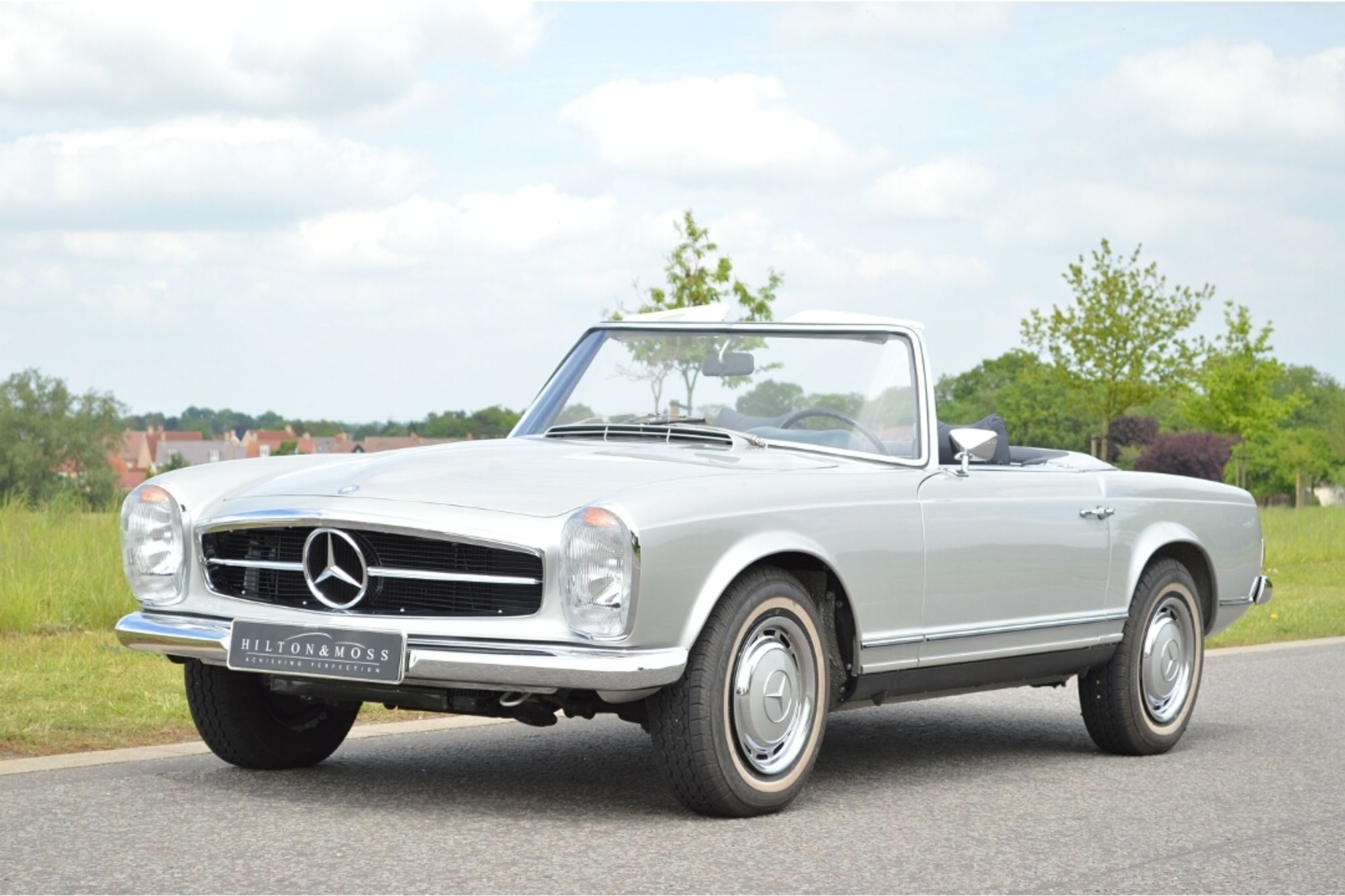 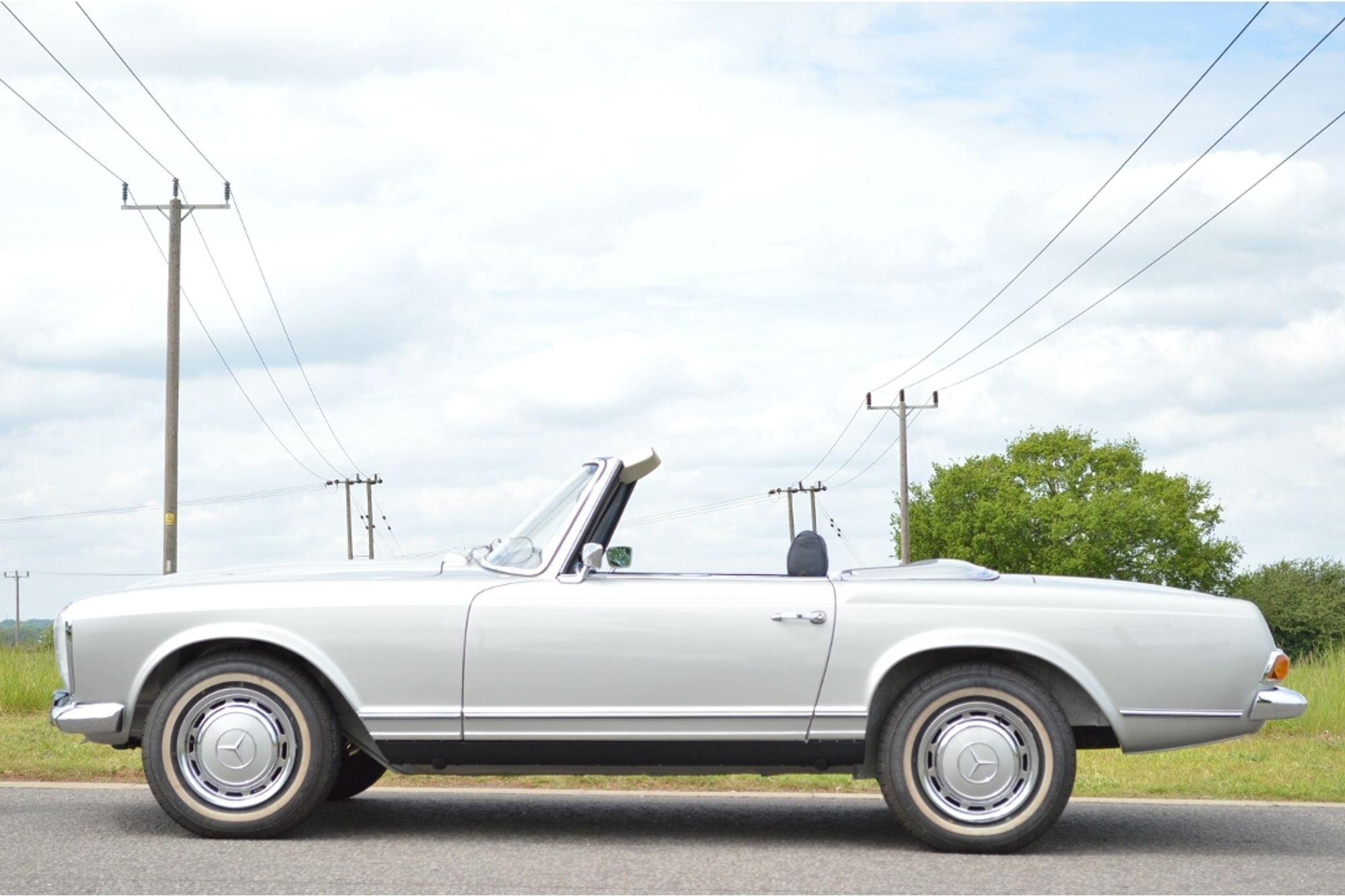 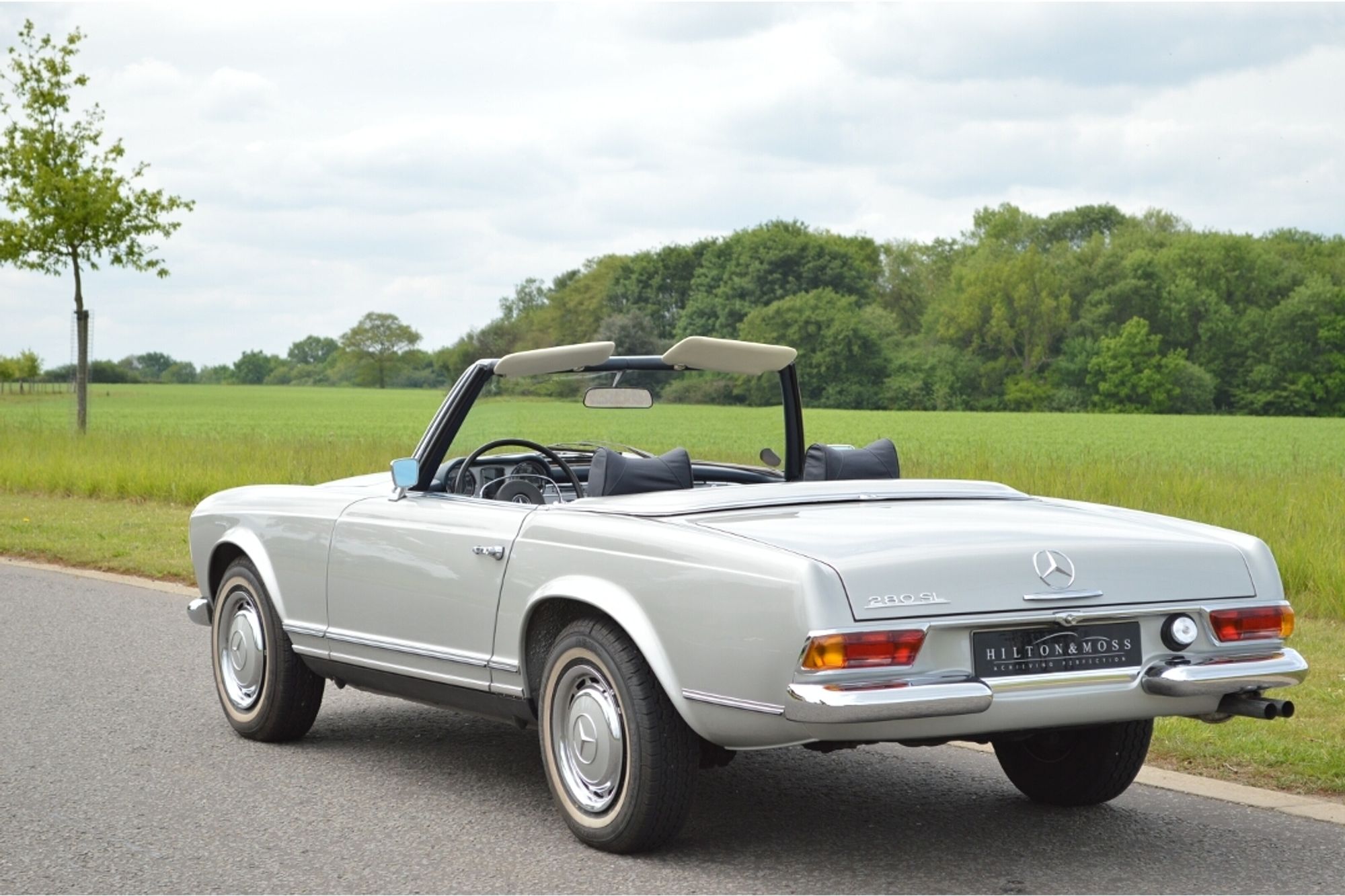 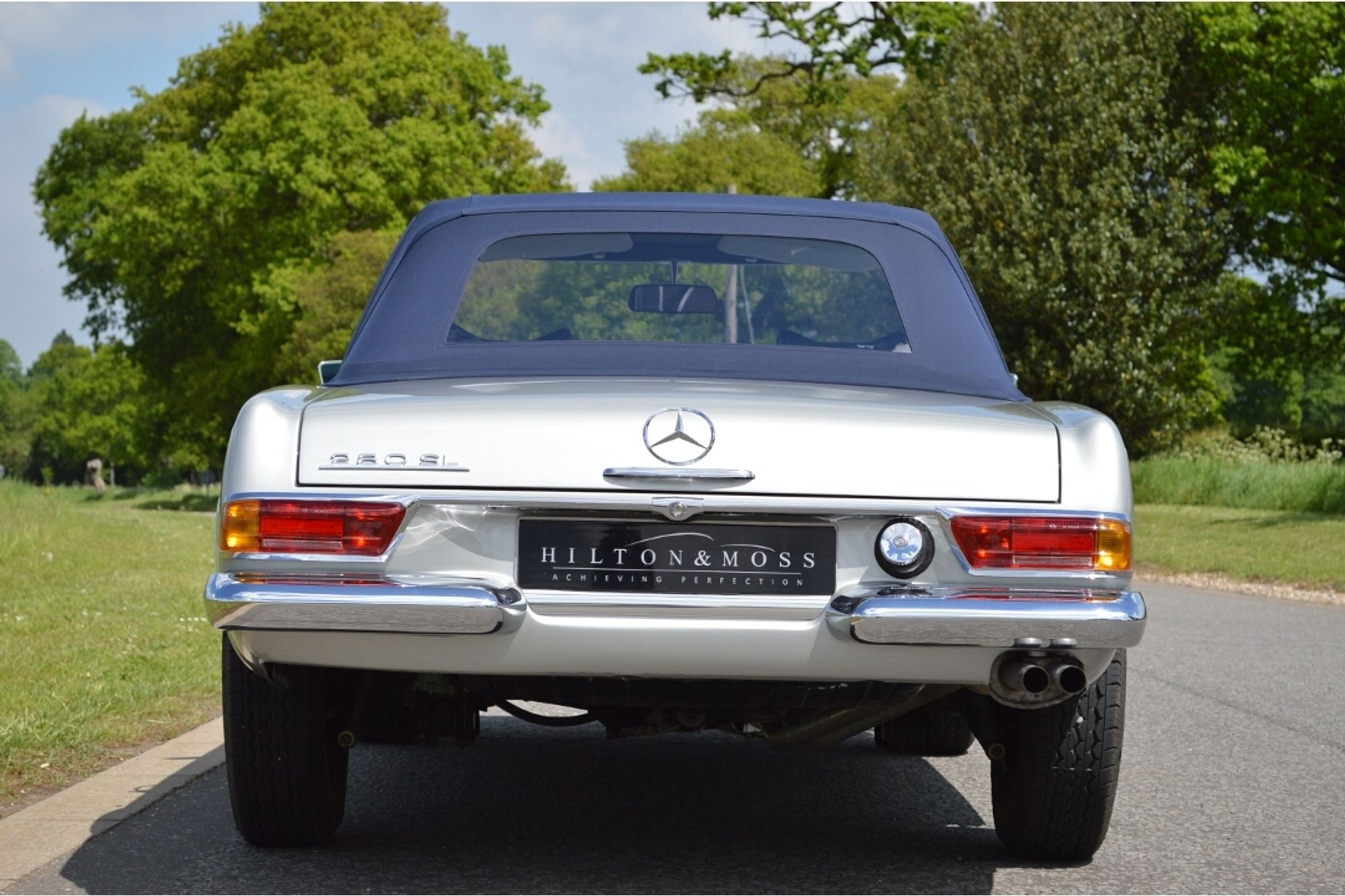 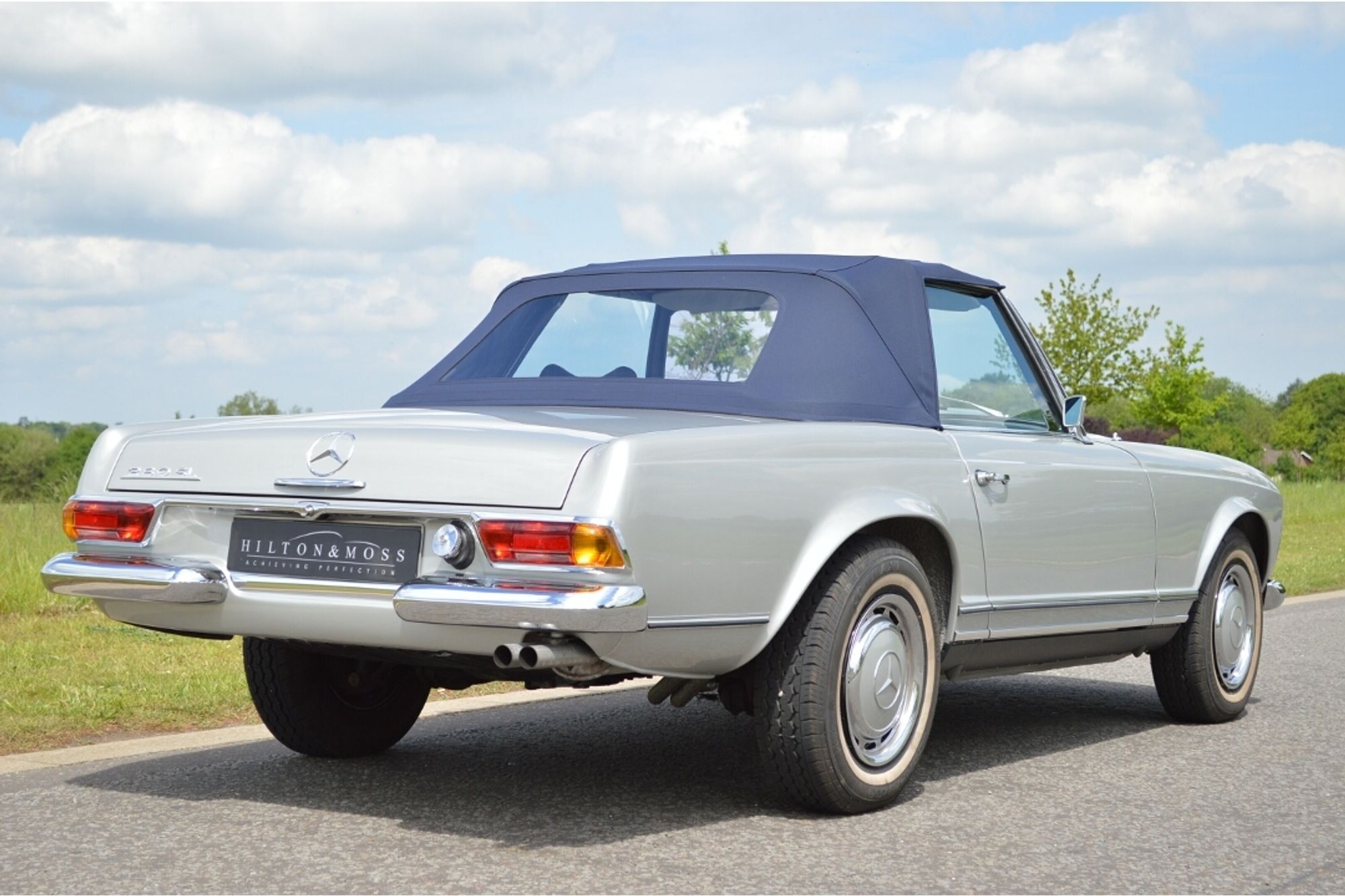 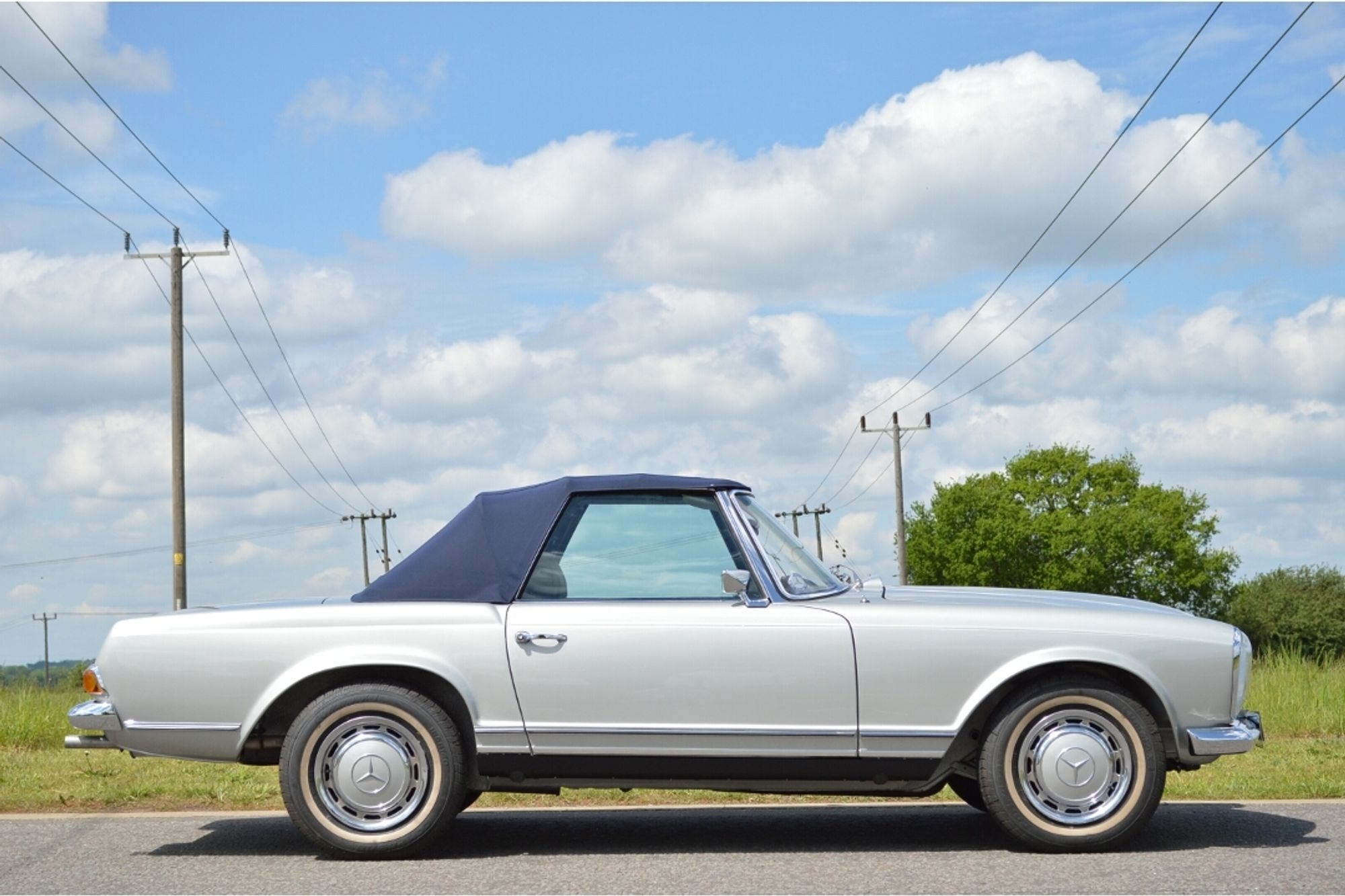 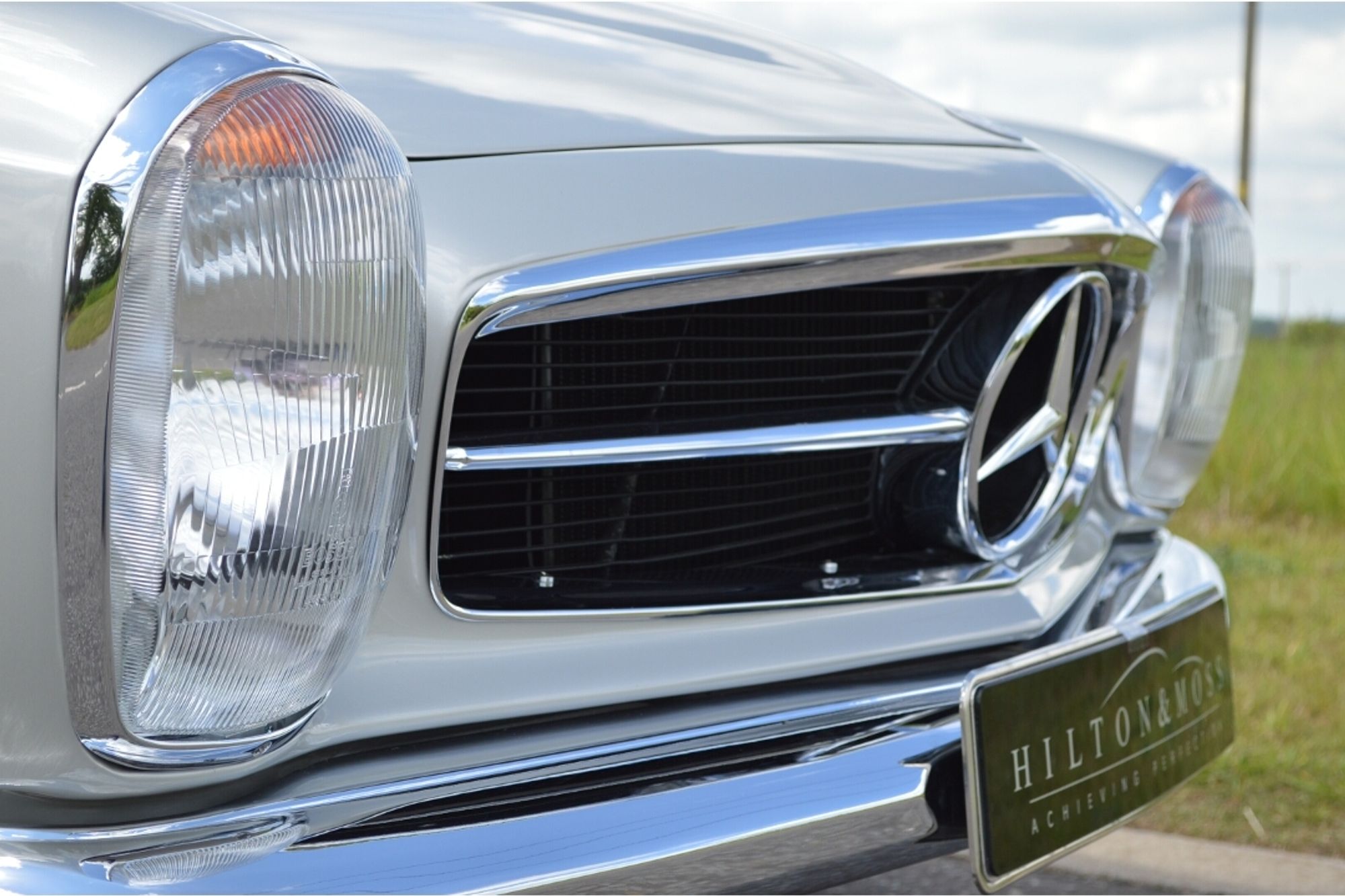 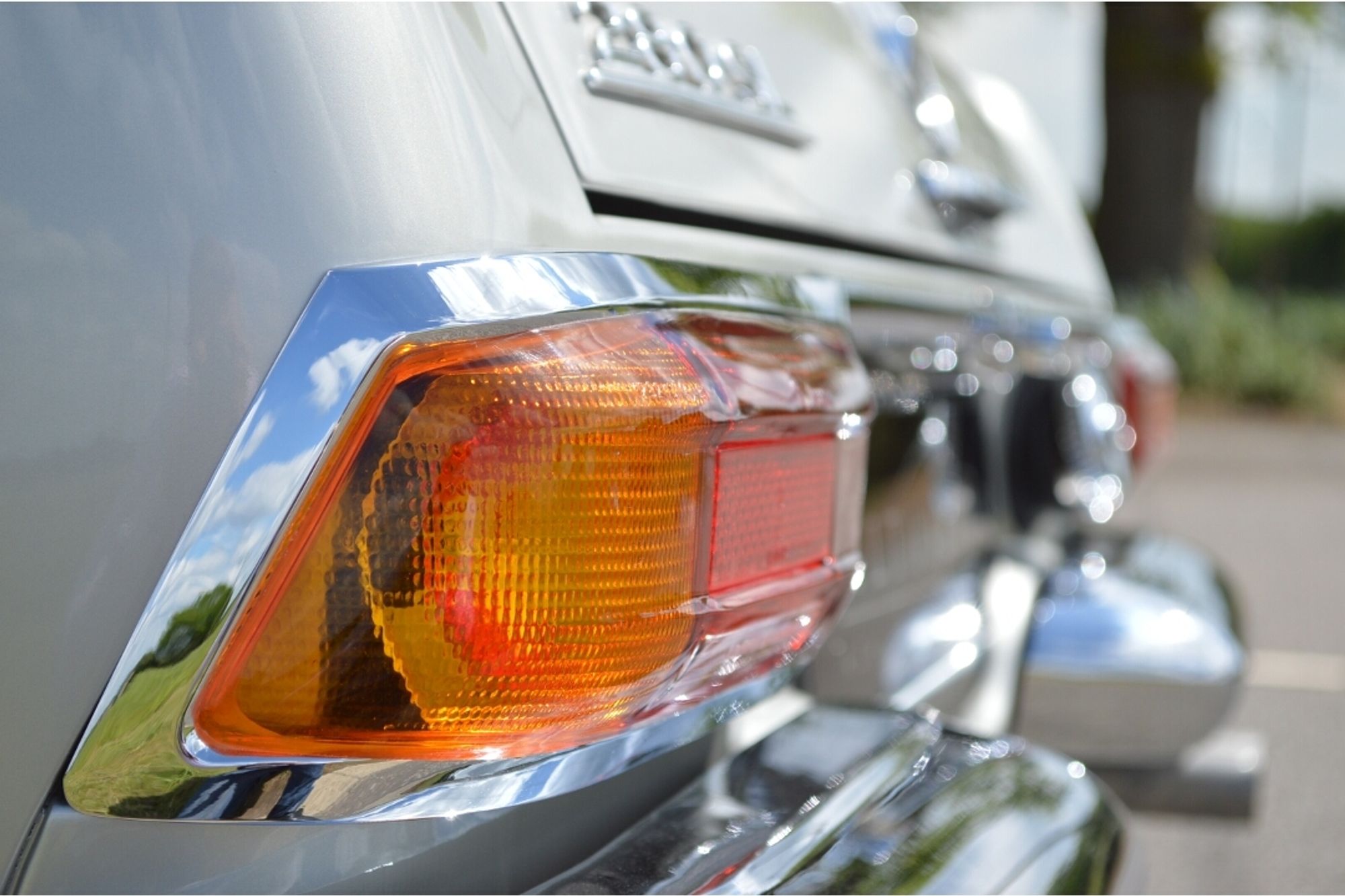 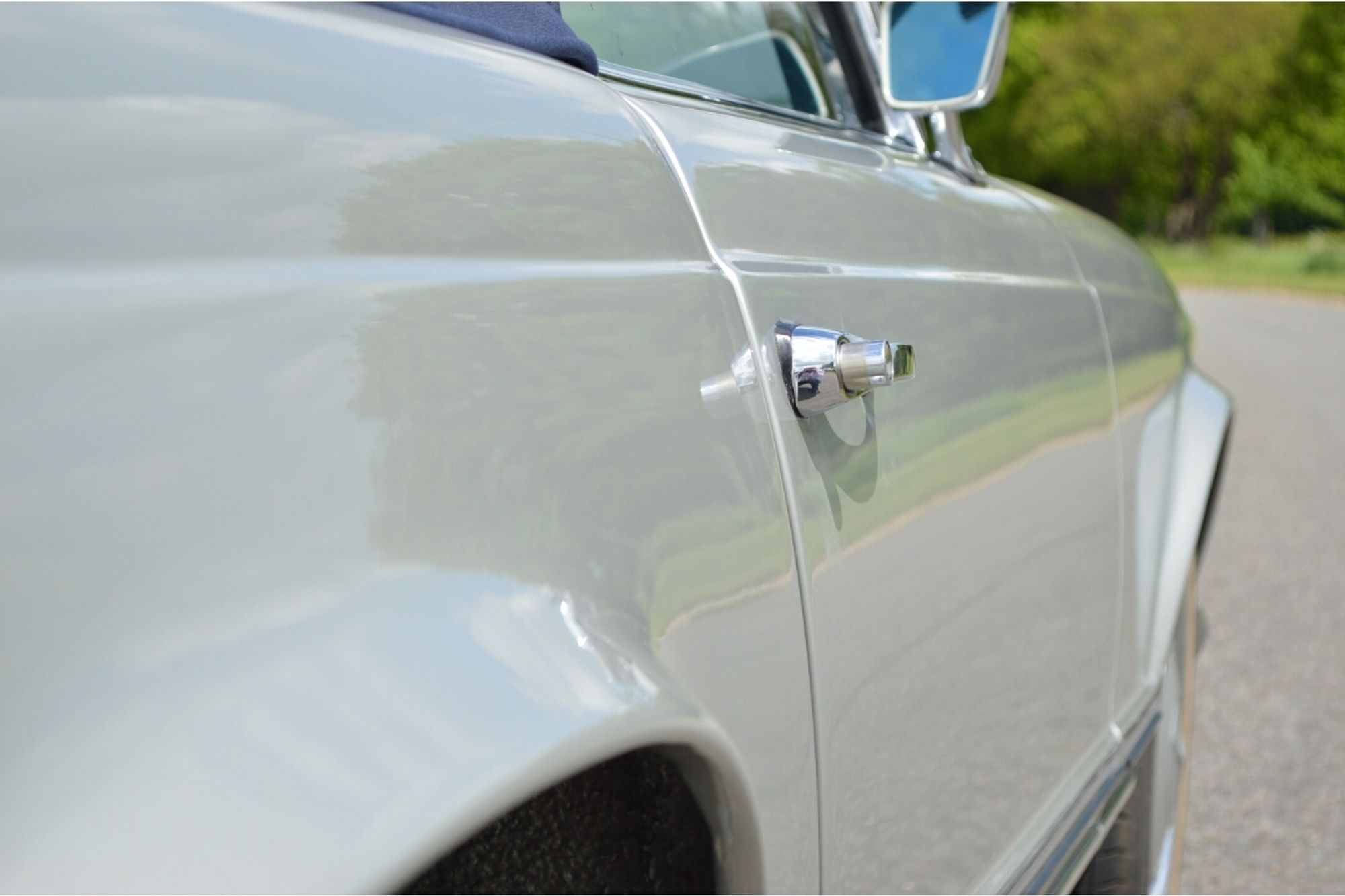 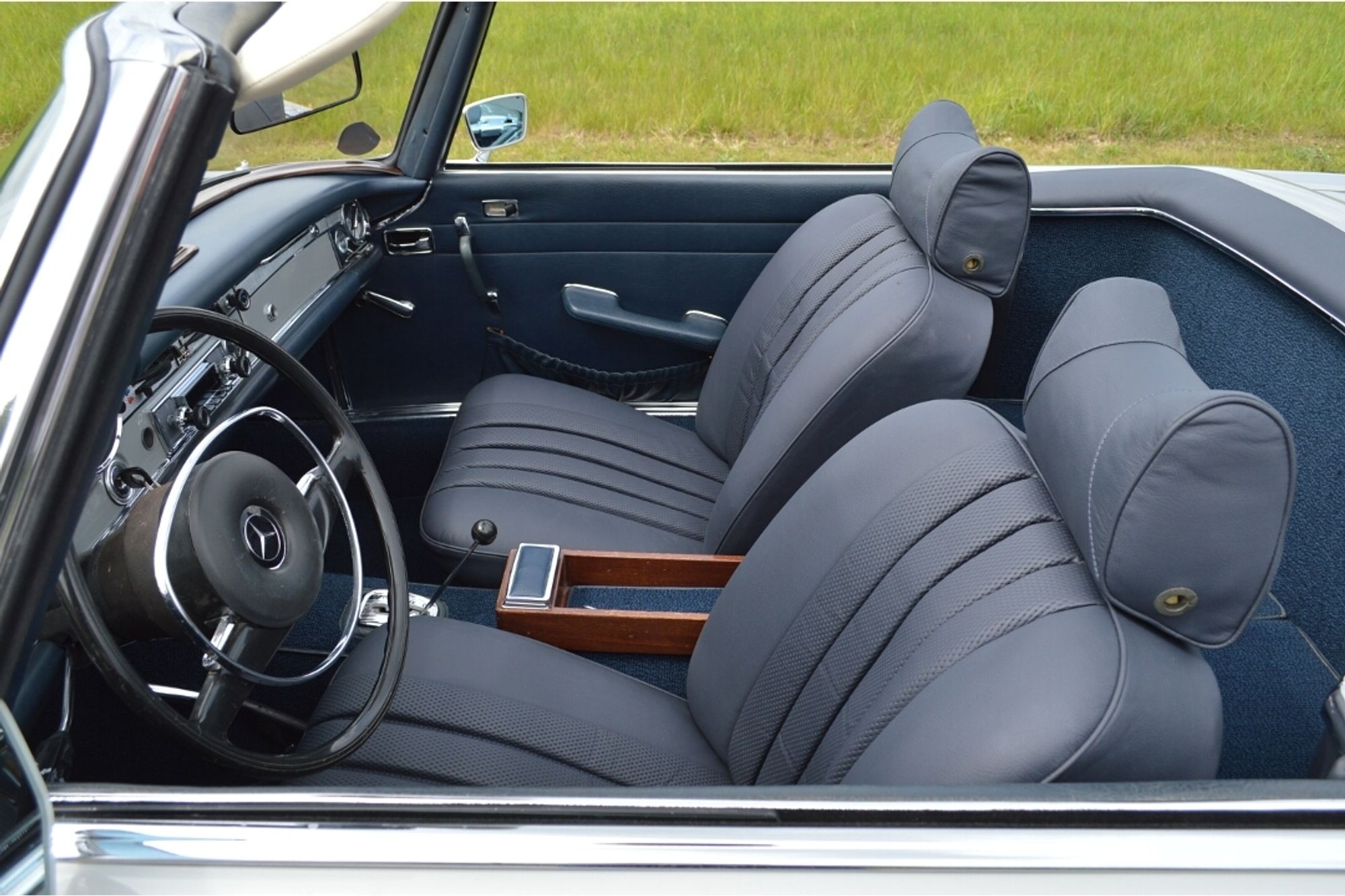 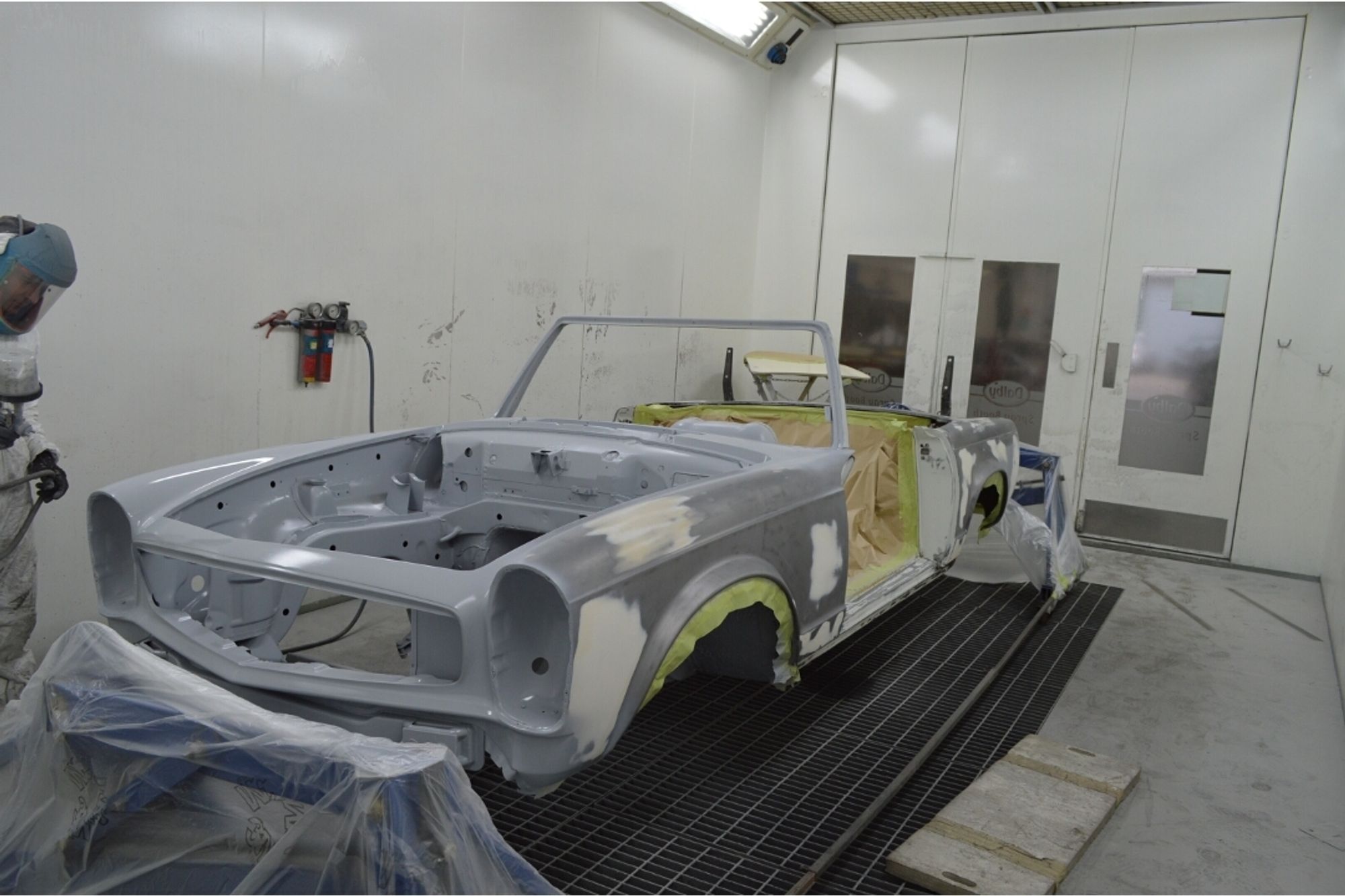 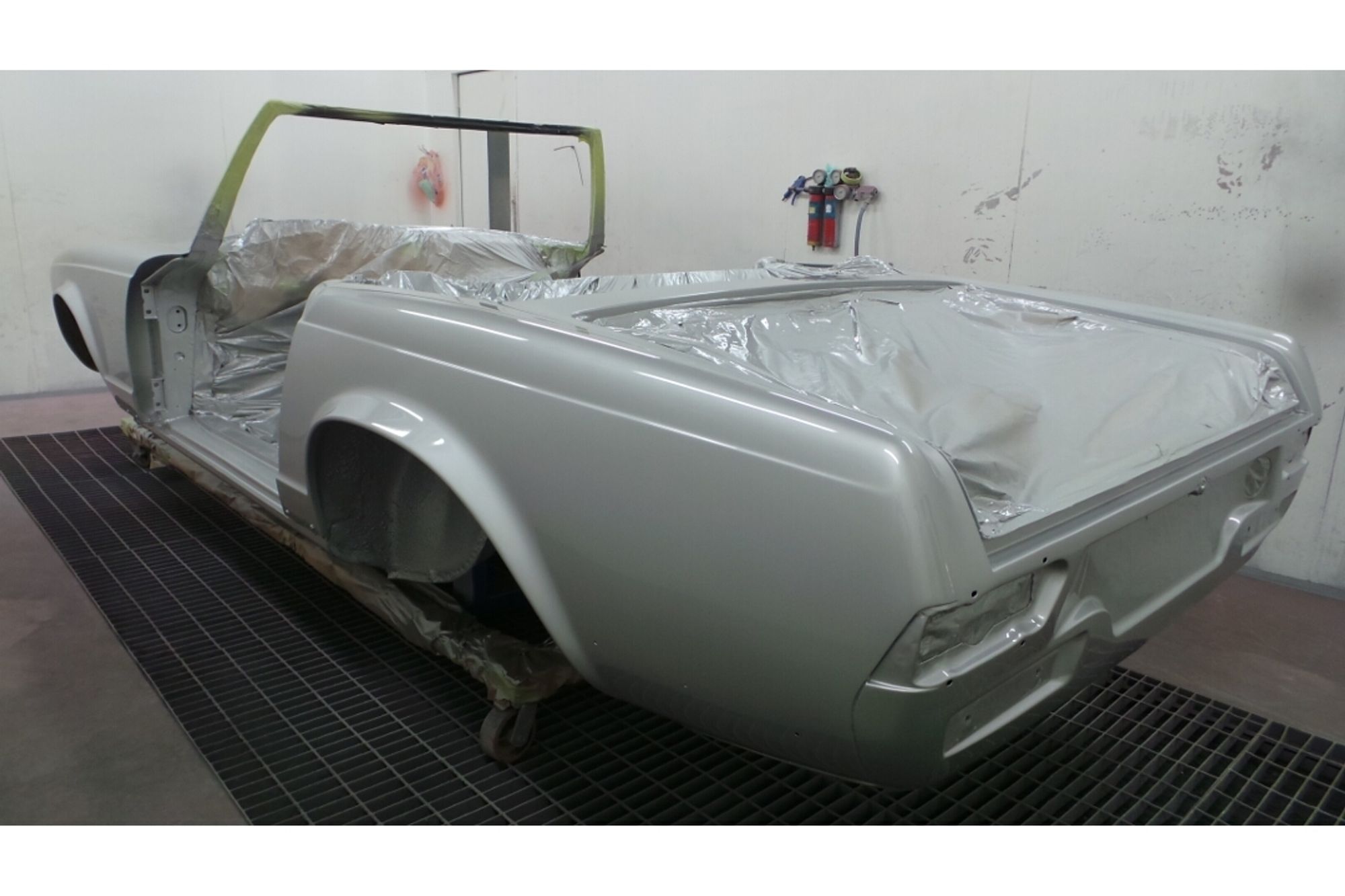 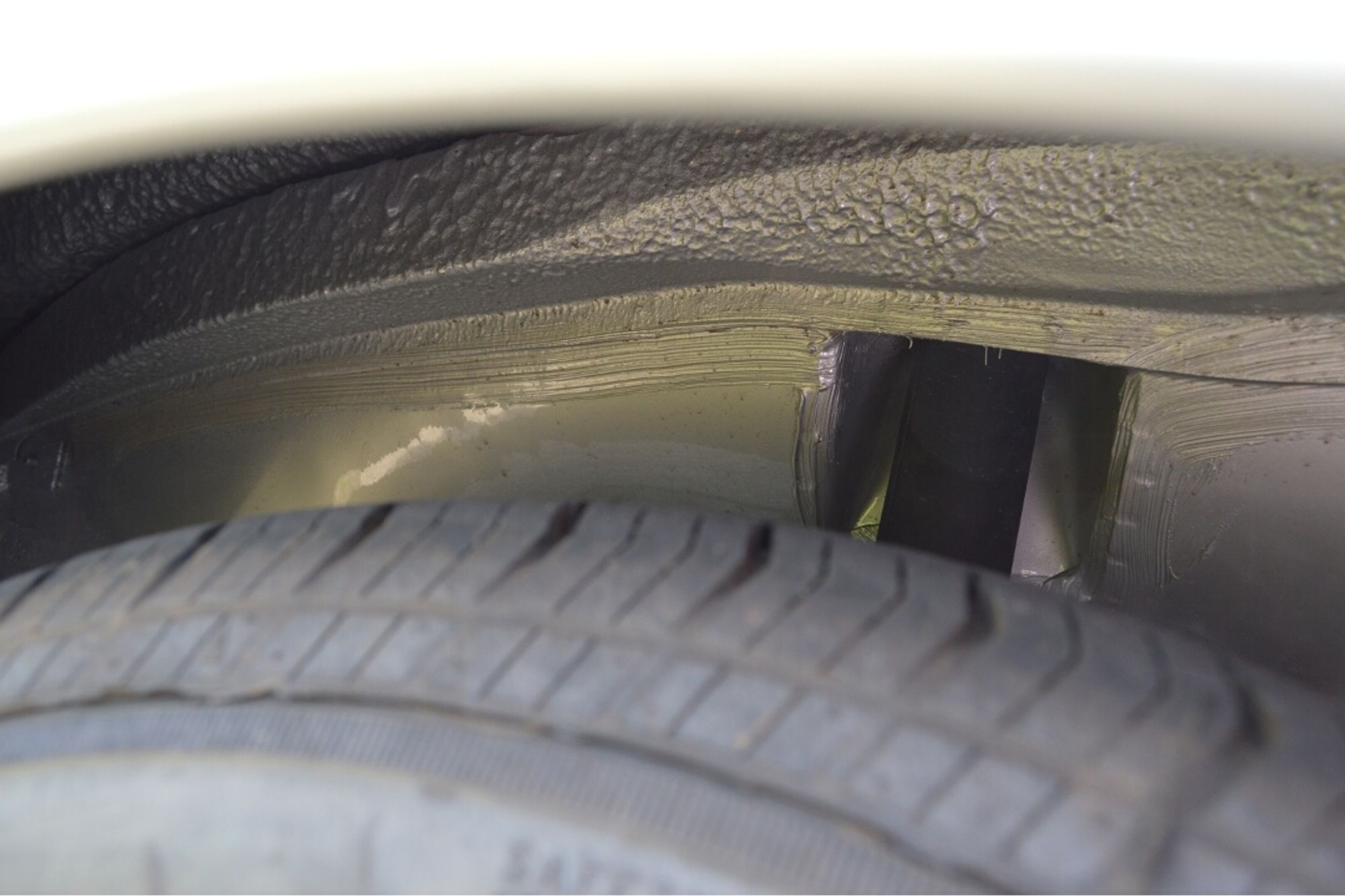 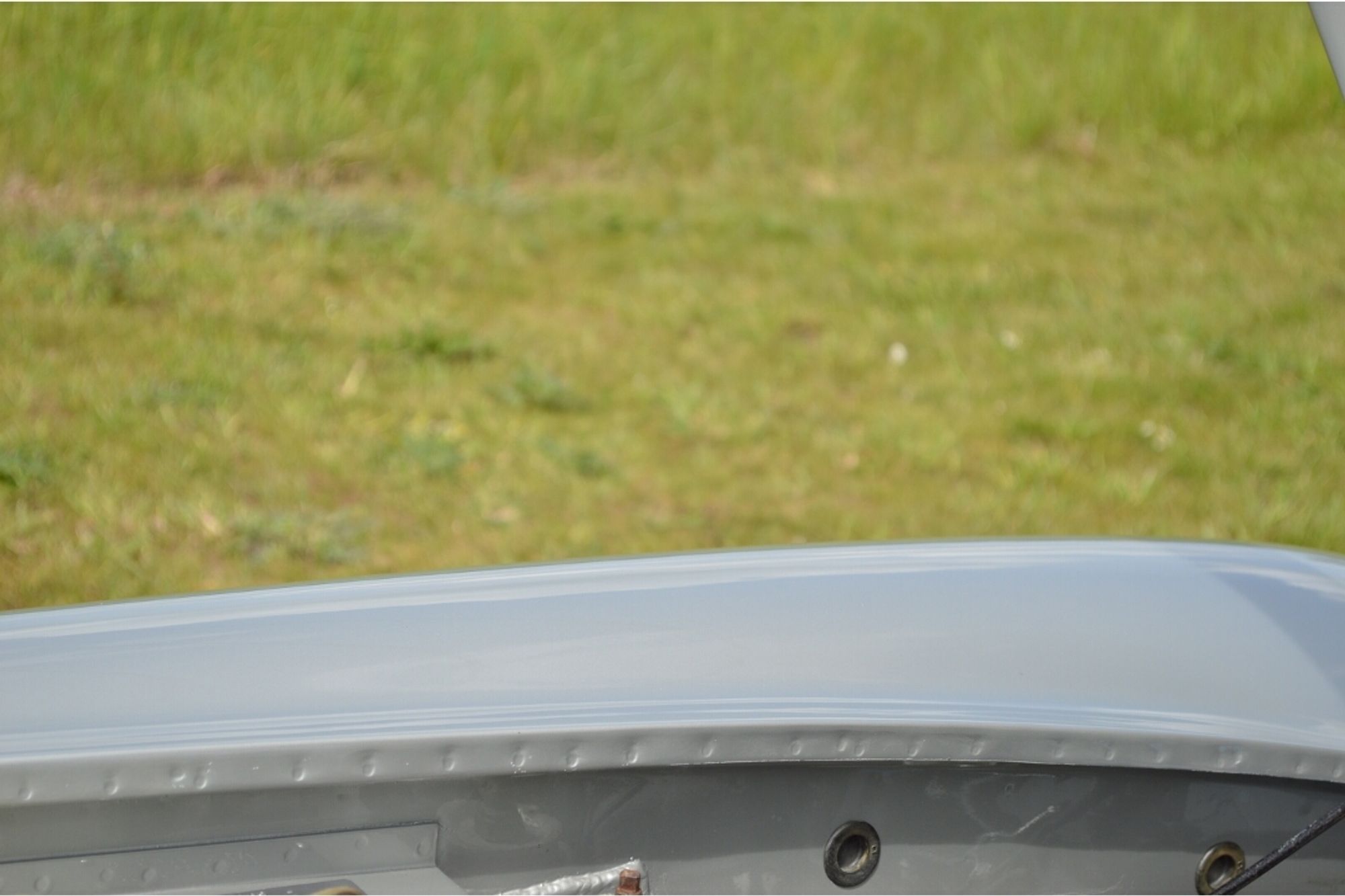