Hilton and Moss had a successful and prosperous weekend at the London Classic Car Show last month, held from the 23rd - 26th February 2017. Although we’re a Mercedes specialist, we were keen to show the level of work we’re capable of achieving with other marques as well. With a large display of 8 vehicles on our stand, in addition to a fully restored 280SL Pagoda taking part in the Grand Avenue Parade, our aim was to not only show the standard of the finished product, but also to give an insight into the bare metal and re-fit stages of a restoration. On this basis, we displayed two 280SL Pagoda shells, one having just finished the metal fabrication stage of the project, and one undergoing final re-fit. This was exceptionally well received by the general public, with numerous people commenting on how interesting and unusual it is for a restorer to display a car in this state. To show the standard of work we achieve when the project reaches completion, we took 4 cars we’ve recently finished. For many people, the Metallic Grey W198 300SL Roadster was the star of the show. Once again, as we did at the Olympia Historic, we placed illuminated mirrors underneath the cars, whilst also raising them up onto wooden blocks. The 300’s spaceframe chassis, complete with castellated nuts and cotter pins, provided a real insight into how far ahead Mercedes’ engineering was at the time – you don’t see many cars from the 50’s using fuel injection! When you’ve exhibited a 300SL, it seemed fitting to also display its younger brother, the 190SL. This is one of the very best examples of a 190SL you are ever likely to see, having undergone a full nut and bolt, concours restoration through ourselves. The colour attracted a great deal of positive attention, given it is relatively rare and unusual on this model. With German machinery on one side of the stand, we turned our attention to displaying some British class on the other. Our Series 1 E-type Roadster has been extensively upgraded to fast road specification, including a high compression engine, Gaz suspension, AP Racing brakes and wider, competition wire wheels. With its deep, Opalescent Blue paintwork shimmering under the spotlights, more than one person commented on it being the best E-type in the show. Finally, on the other side, we displayed a grey, DB4 Series 2. A car with interesting history, it attracted just as much attention as the E-type, with the general public and other exhibitors alike praising the standard of work and commenting on the car’s finish being nothing short of exceptional. We’ve already signed up for next year and look forward to seeing you there to do it all again in 2018! 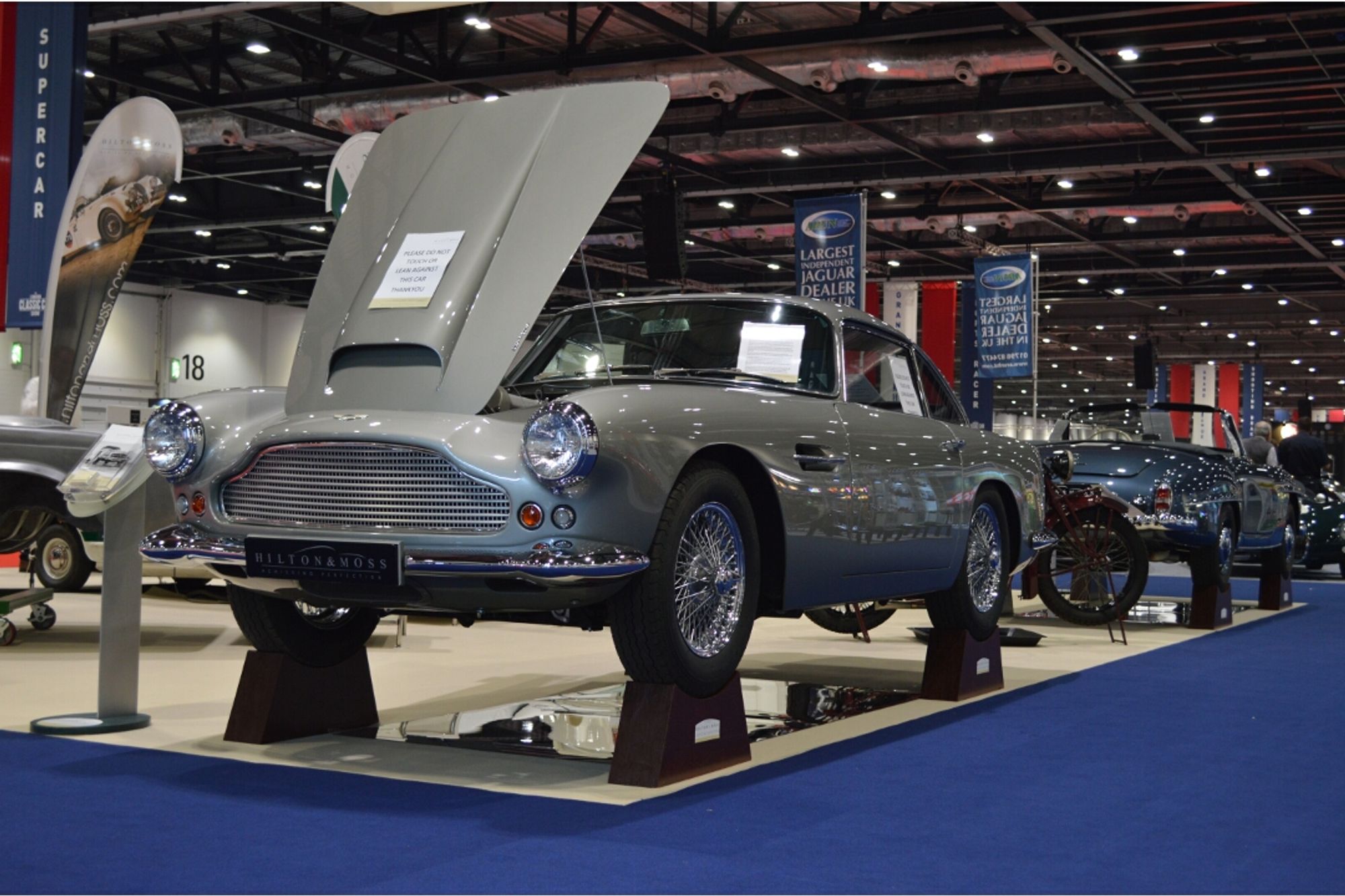