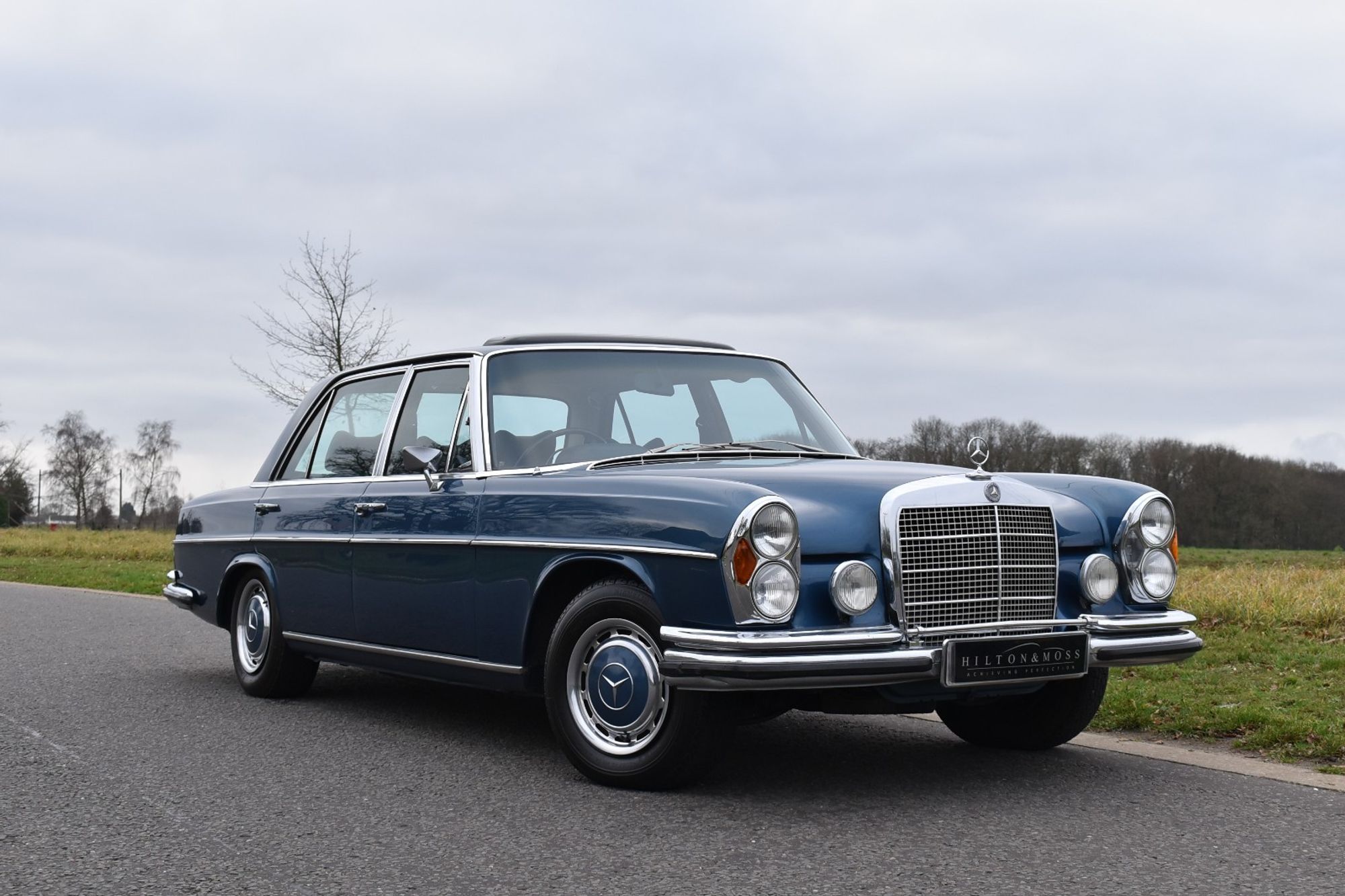 The Mercedes-Benz 300 SEL 6.3 was a luxury performance car built by Mercedes Benz from 1968 to 1972. It featured the company’s powerful legendary 6.3-litre M100 V8 from the luxurious 600 limousine installed in the normally six-cylinder powered Mercedes Benz 300 SEL. The result was a nearly 2-tonne saloon with performance similar to most dedicated sports cars and American muscle cars of the era. At the time of its release it was the world’s fastest four door car, sprinting to 60 mph in just 6.5 seconds. The Model was in essence the “Genesis” for the super saloon we know today – think AMG, BMW M5, Lotus Carlton etc – would they have existed if the 6.3 w109 was not put into production? Possibly not. The model was also famed as a short lived but successful racer of the time, with the now infamous “red-pig” AMG campaigned car competing at the 1971 Spa 24 hour race with prodigious pace – finishing 2nd – yes a 4 door Mercedes saloon! The model that effectively gave birth to AMG as we know it today, the quintessential iron fist in a velvet glove! Here we offer a very rare RHD UK supplied car of just 500 believed to have been supplied for the UK market. This car is also an sunroof car which is even rarer, and being registered in 1972 is one of the very last of this cult model. This is probably one of the best surviving unrestored examples ever to come available, having spent a large amount of its life in dry storage. Most commonly produced in 180g silver, it is very very rare to see a w109 6.3 in this colour, db387 lapis blue poly metallic– and my goodness does it suit the car well. With a charmingly worn interior that has no rips or tears, just a little fading to its blue “pullman” velour, we are loathed to retrim the car as it would almost detract from the original survivor nature of this big blue brute. It really is a charmingly patinated example which is far more characterful than a freshly restored example. They are only original once as they say…. Supplied by Mercedes-Benz of Surrey (Walton Motors LTD, Walton on Thames) on 3rd February 1972, the car was clearly enjoyed extensively straight away, accruing 20,000 miles in the first year, and a further 15,000 in the next year. Regular use and scheduled main dealer servicing continued and a new owner was registered to the car, in the Nottingham area in 1981. An MOT from 1982 shows the odometer reading at 91k and some 27 years later the odometer now only reads 94k and as such you can see that the car has hardly been used in the last 3 decades. The second owner kept the car for over 20 years up to 2003 where due to lack of use from its elderly owner, the car was moved on. The most recent owner of the car from 2003 until we acquired the vehicle late last year, was again from the Nottingham area and he kept the car in dry storage almost continually, aiming to preserve its condition as a very original and unmolested car, his absolute pride and joy and that owning and preserving the car was more than enough pleasure than driving her very much. Having seen very little use for nearly 40 years the car has been preserved so well, wearing almost entirely original paintwork, the car just stands out as a survivor car that has escaped having much work done at all besides regular servicing and maintenance. Coming with a fabulous 5 digit number plate that is also very valuable, this is a wonderful example, in rare spec of a cult performance car that really is the ultimate “Jekyll and hyde” sleeper. The legendary M100 engine runs so well and has recently received a full lubrication service. The air suspension holds pressure perfectly and rises and lowers on demand the way it should. We have checked over the entire system in our workshop resulting in a light overhaul and the addition of new rear shock absorbers. It drives very very well and any petrol head should really experience one of these bests at some point in their life. This is a fantastic rare Mercedes with original handbooks and manuals, and lovely original features like the tool kit, jack and brace, plus period 1980’s MB valeting kits / first aid kits in their original cases. The car even has an unused and oh so 80’s “feu orange” traffic lights air freshener! Sitting in the car is like being taken back in time! With values on the rise, this rare flagship example represents a fantastic opportunity to acquire a very fine example of a car already achieving heady heights value wise and only set to continue to increase. This is a seriously rare car and a rare opportunity at a relatively affordable price. Please speak to a member of the team for details. 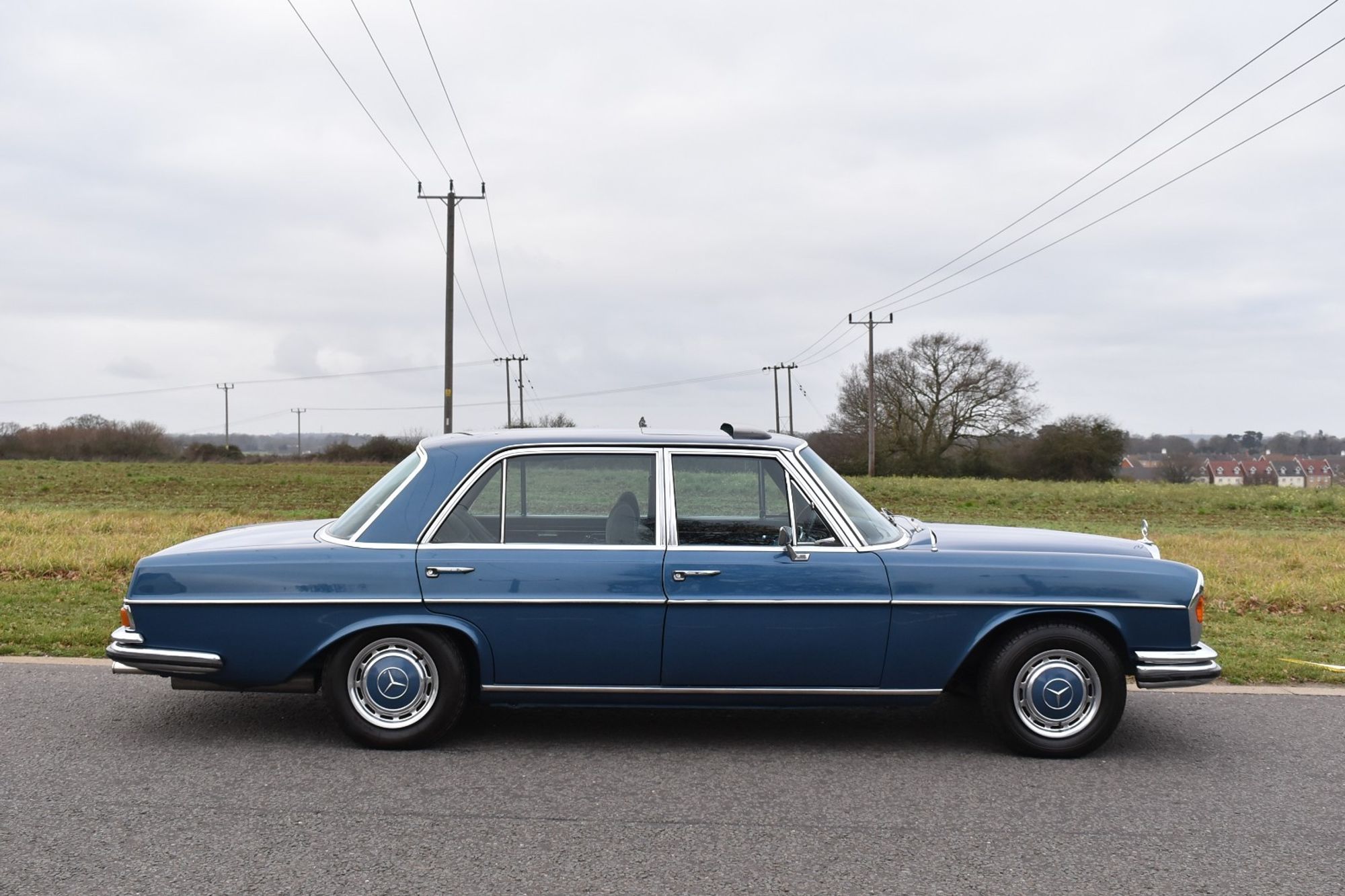 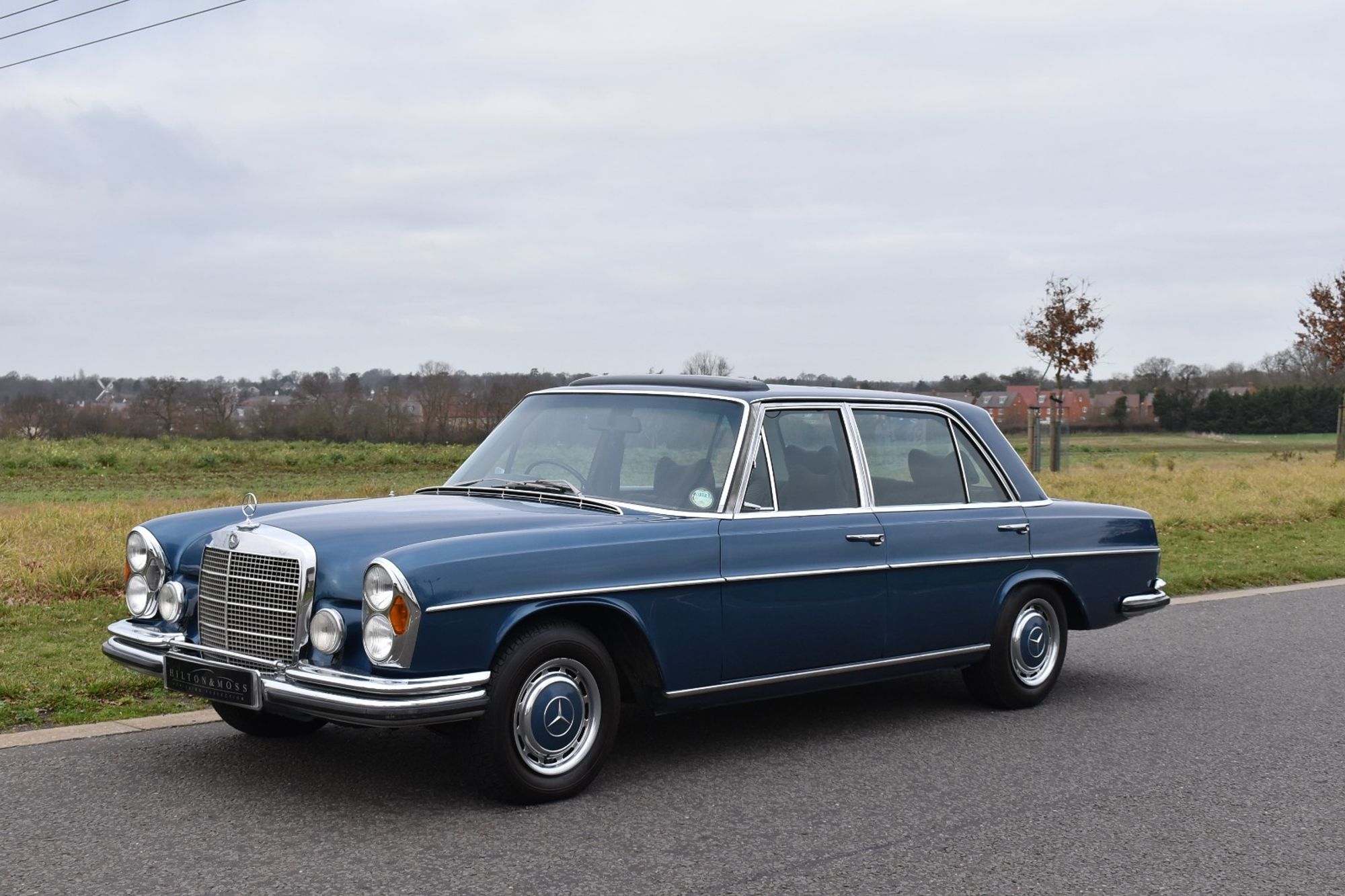 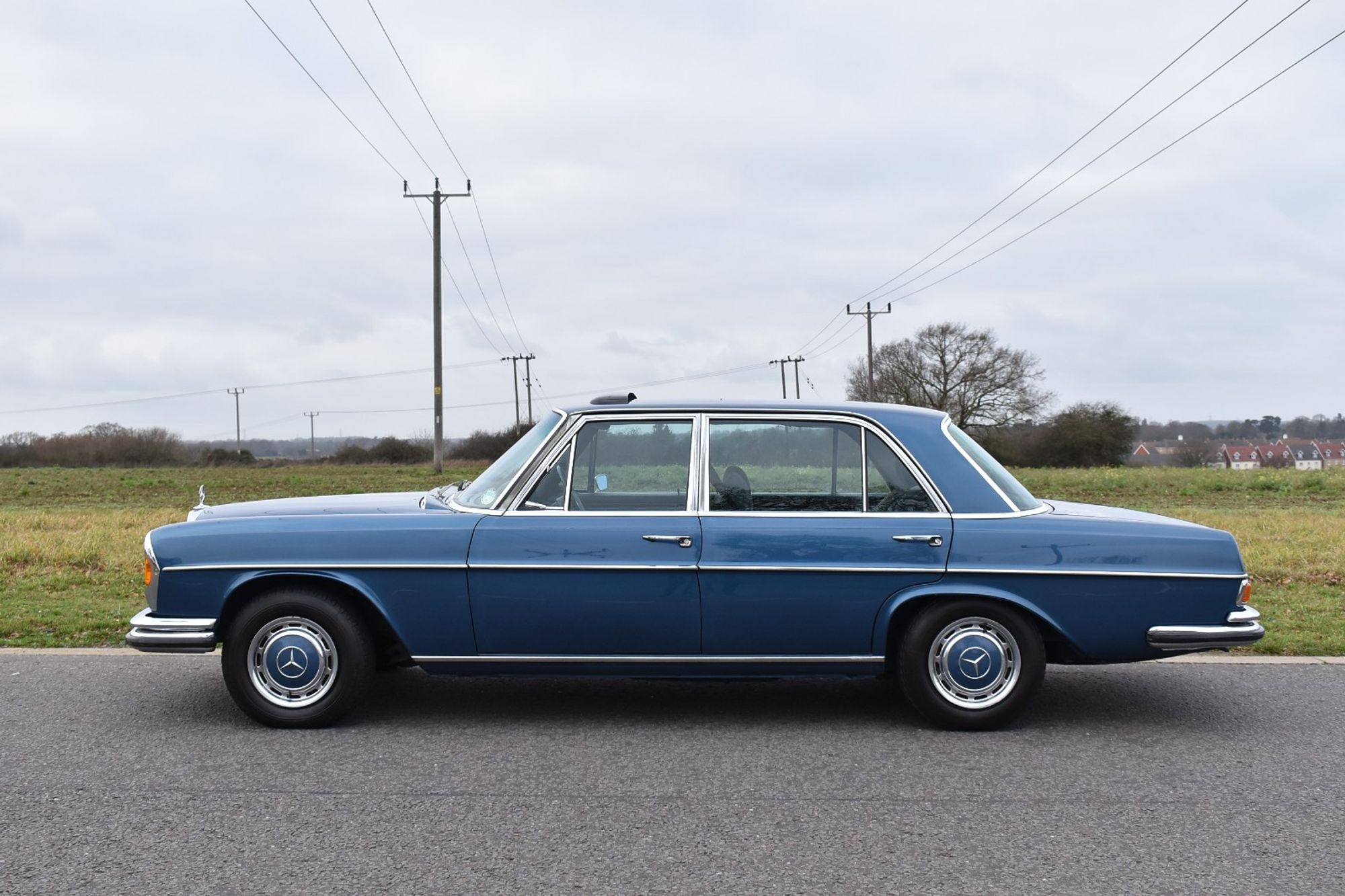 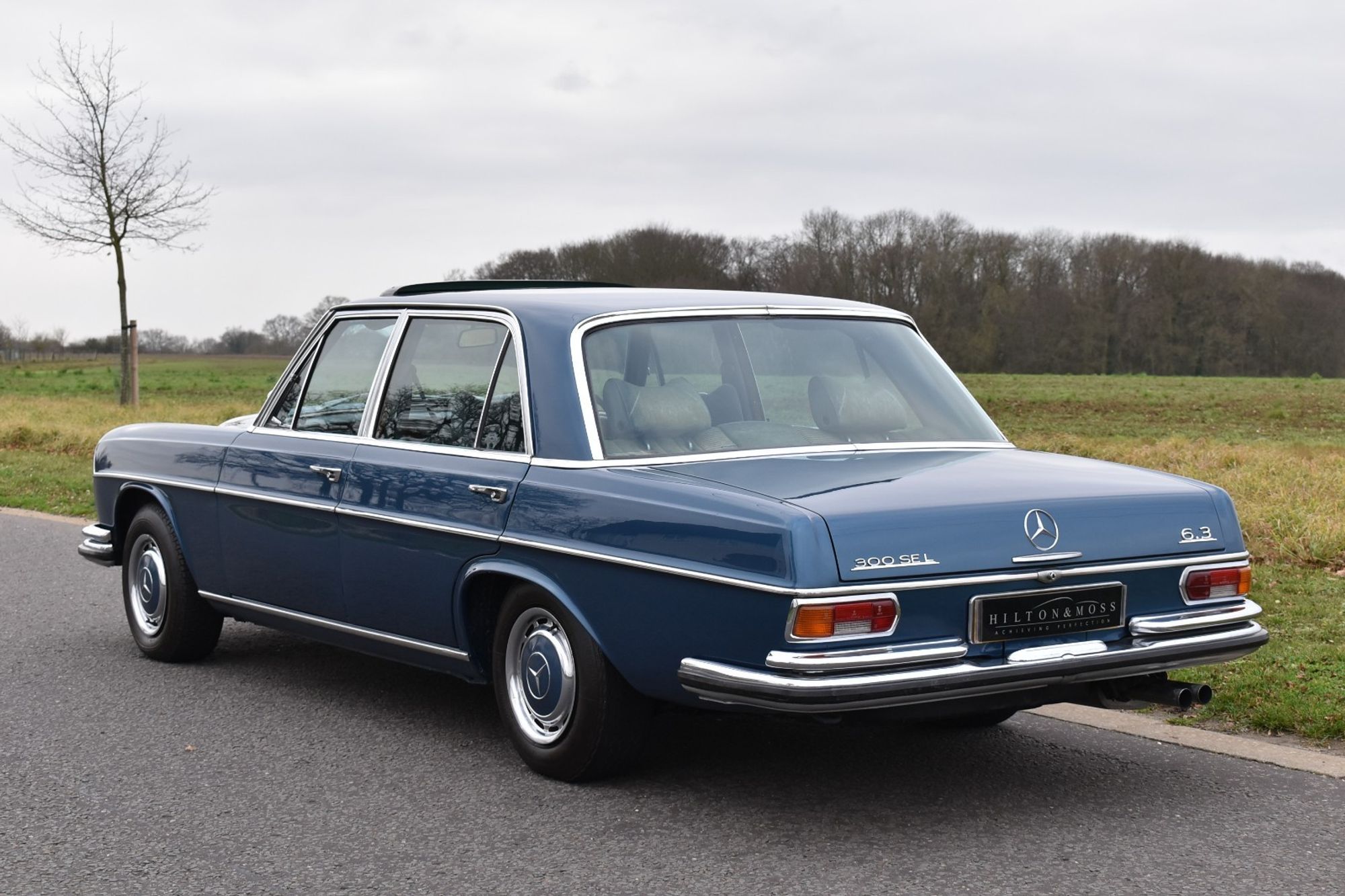 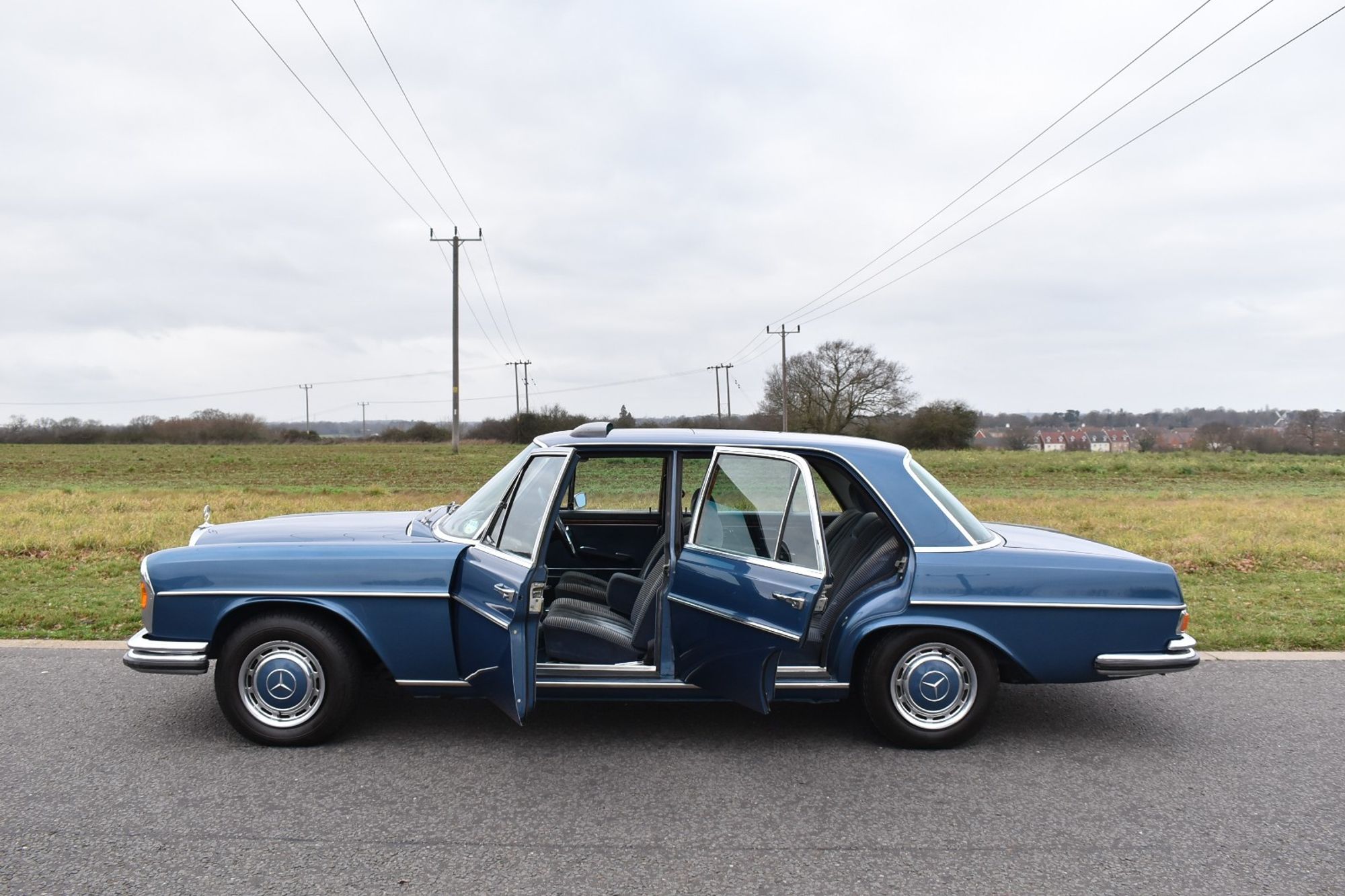 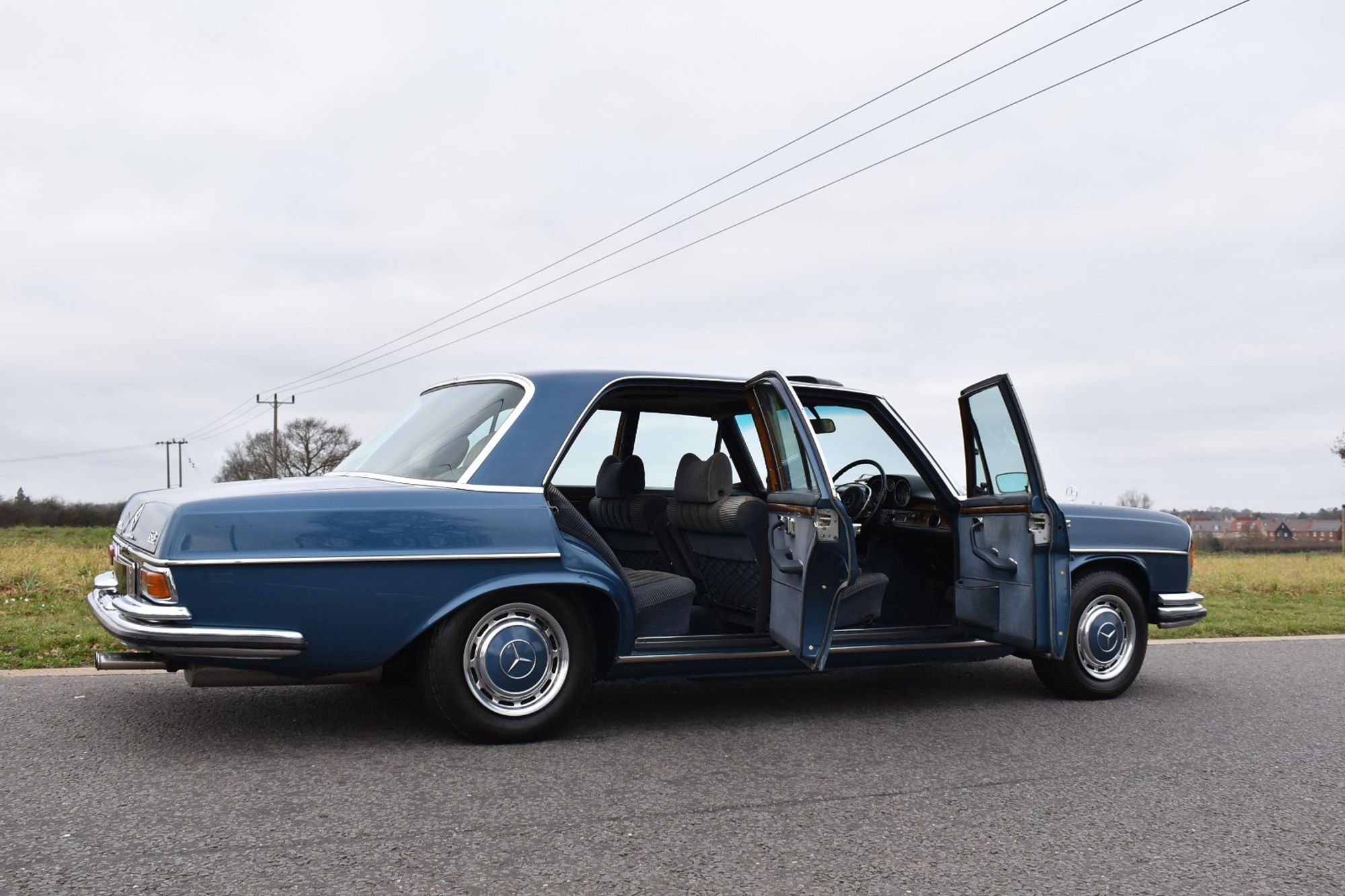 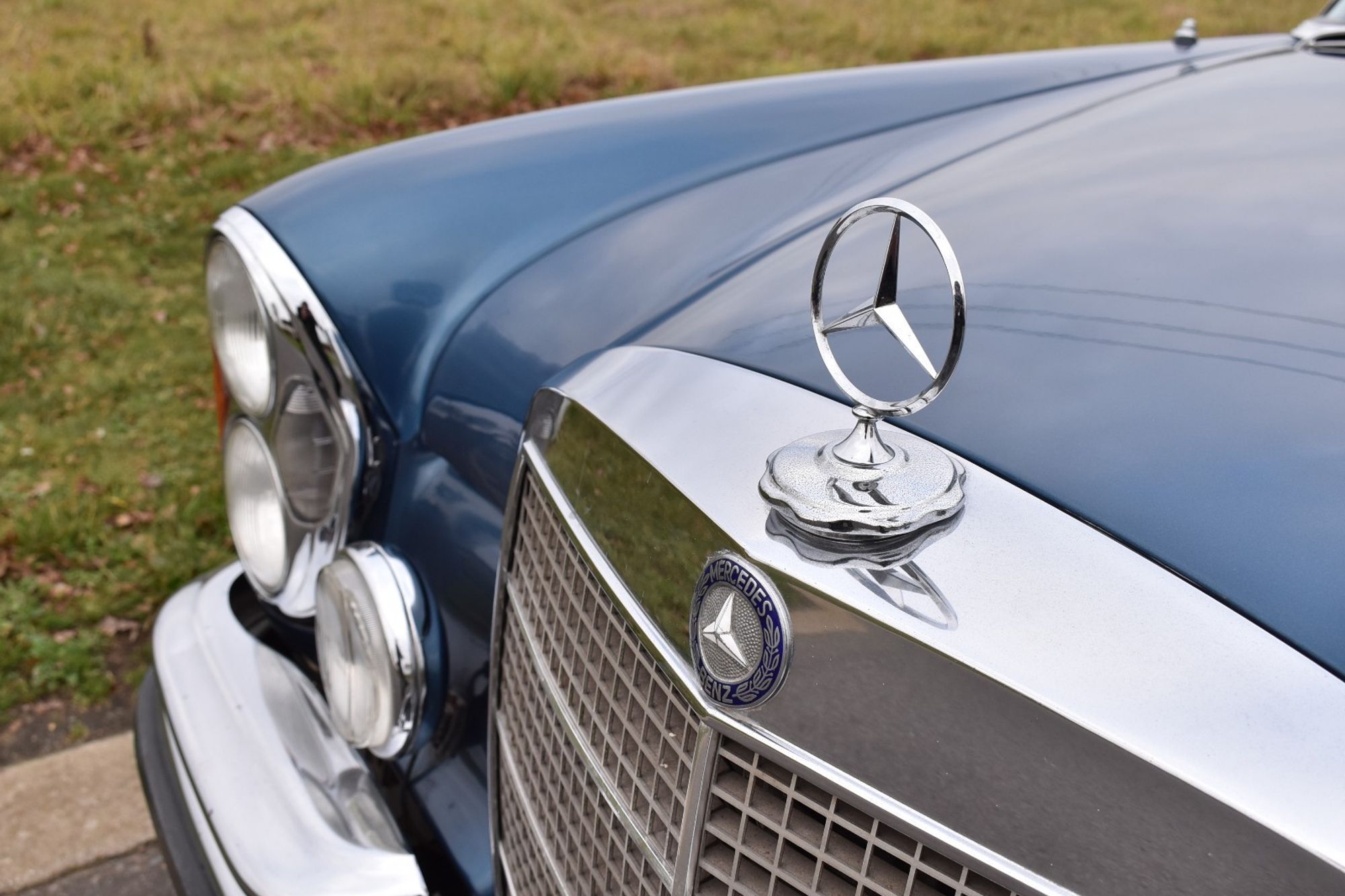 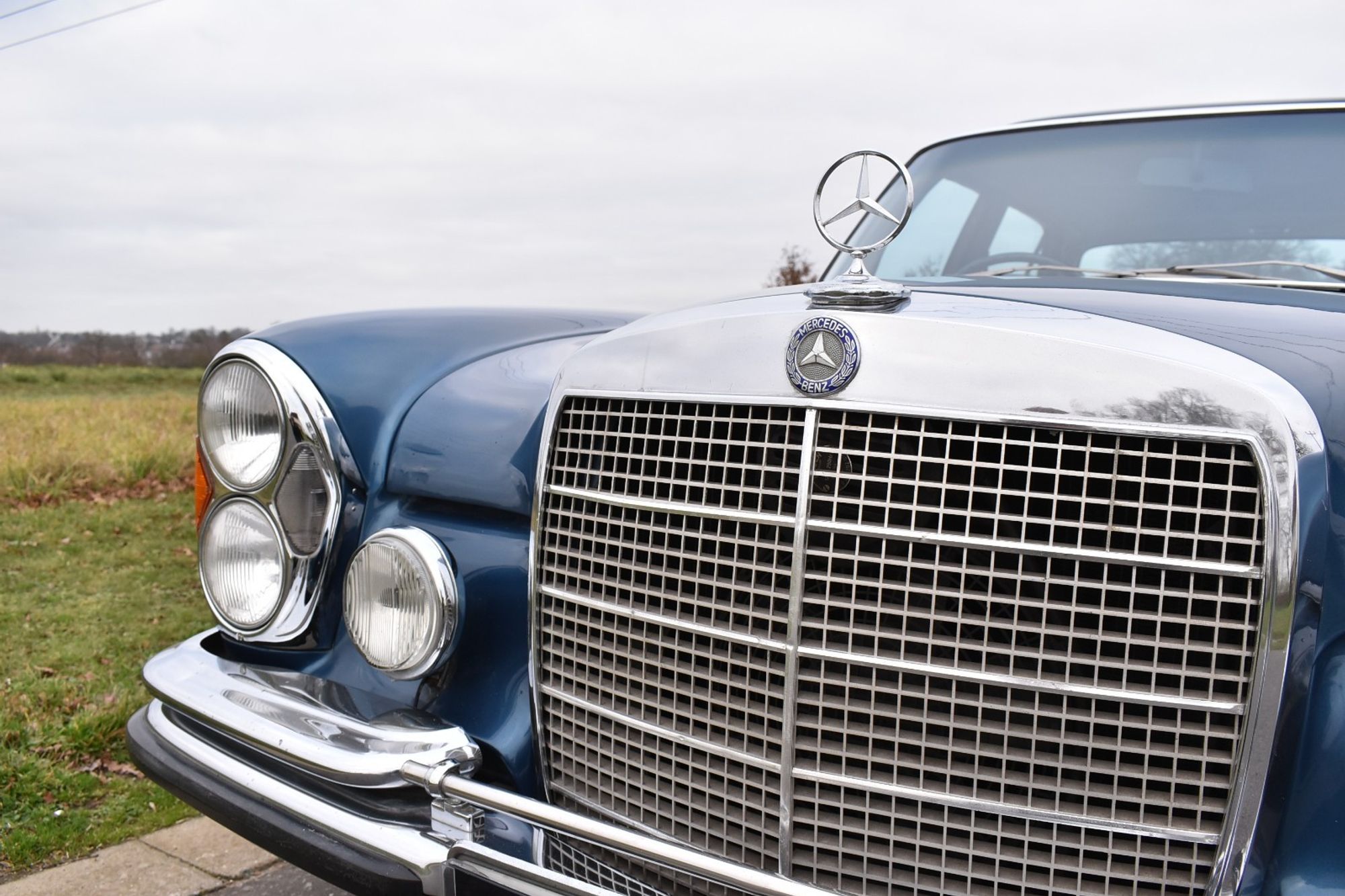 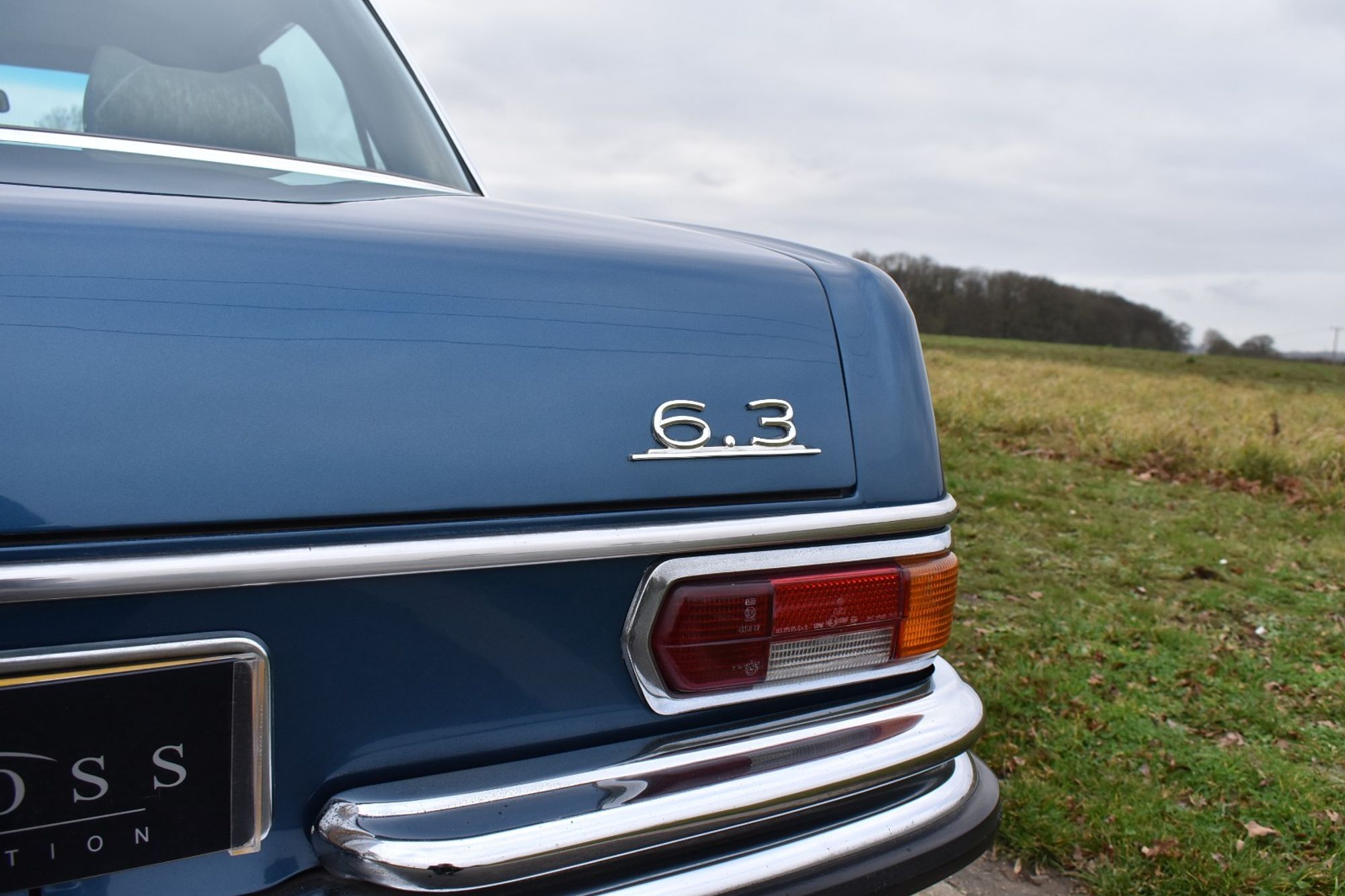 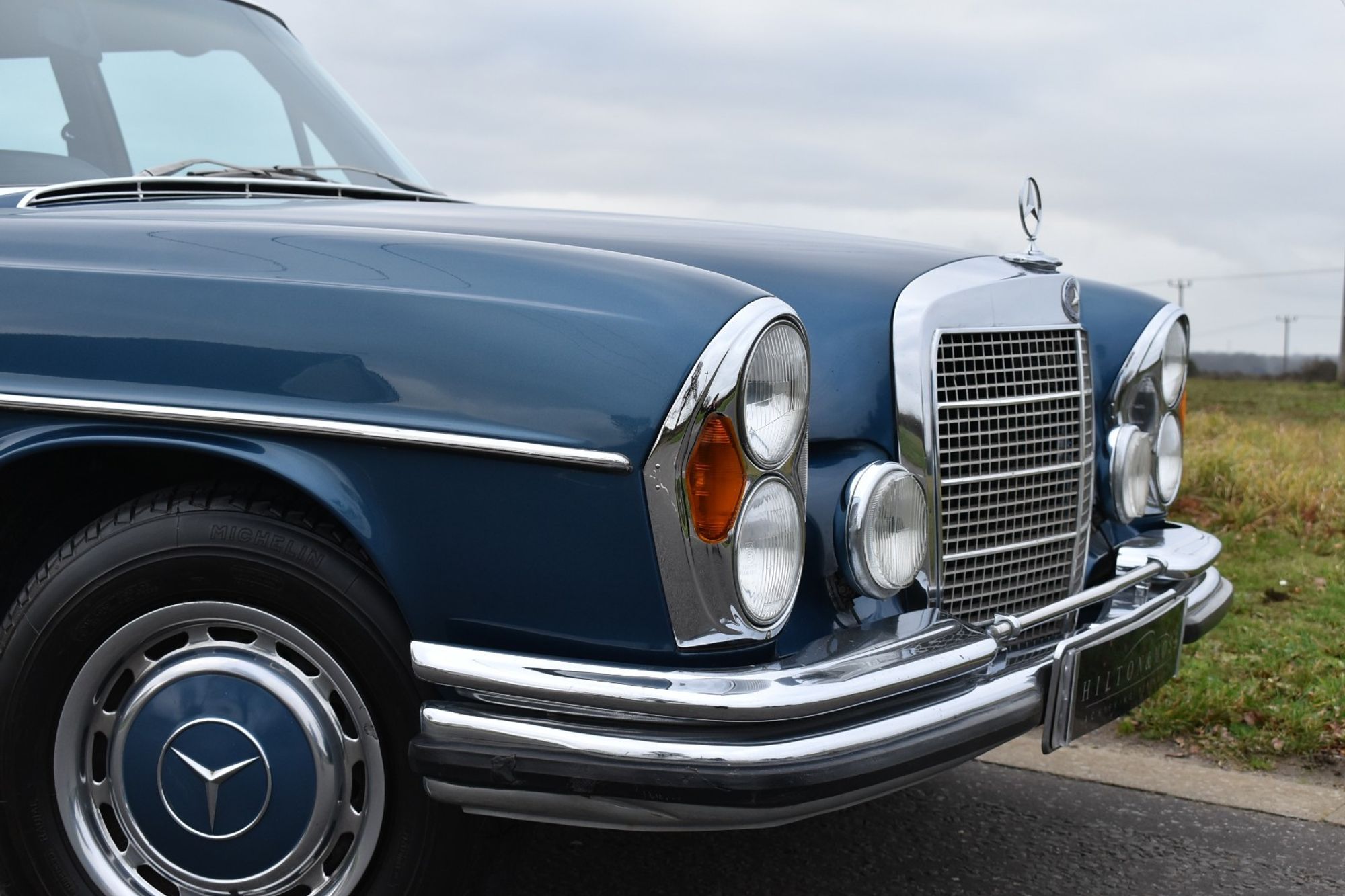 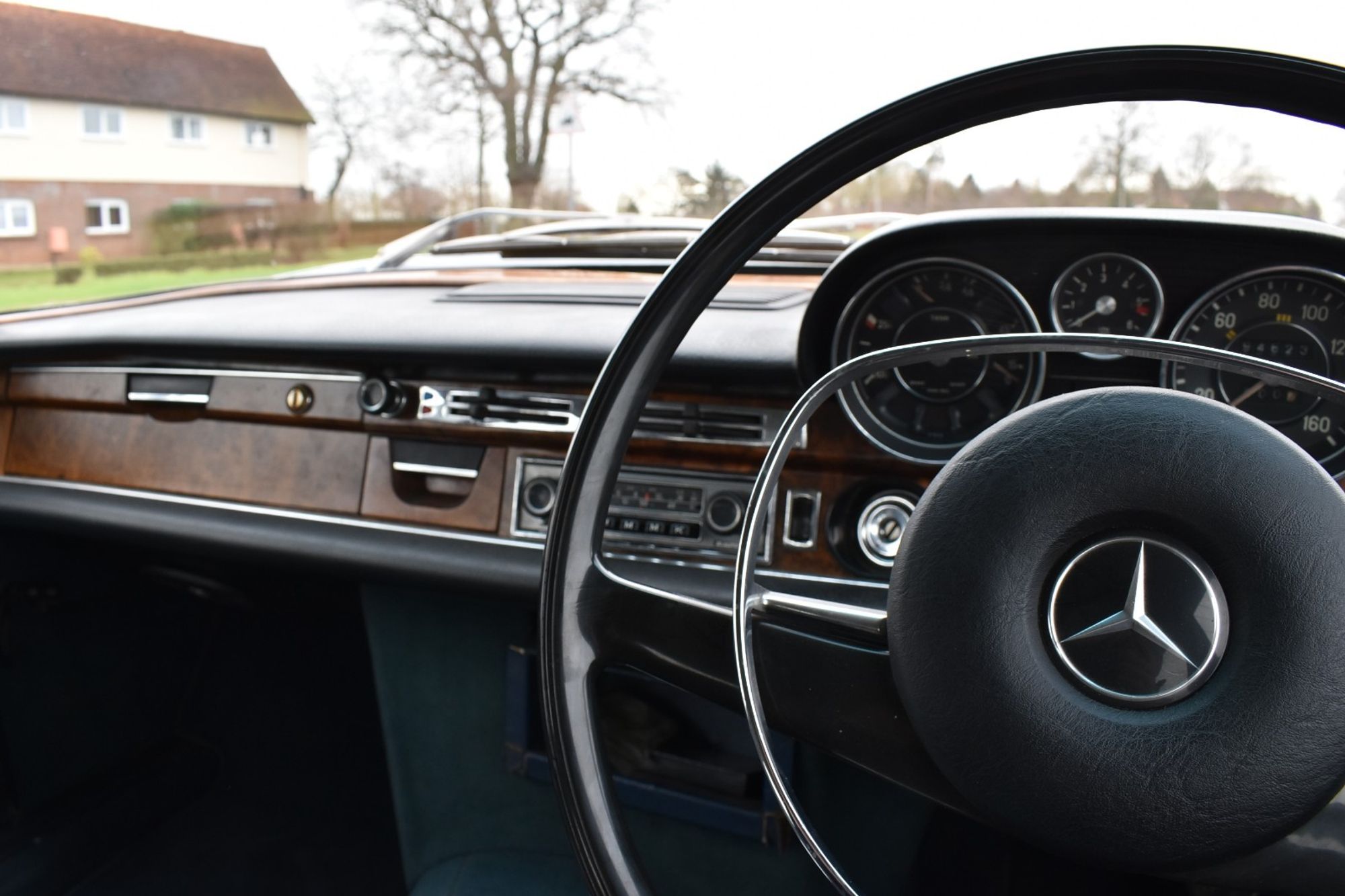 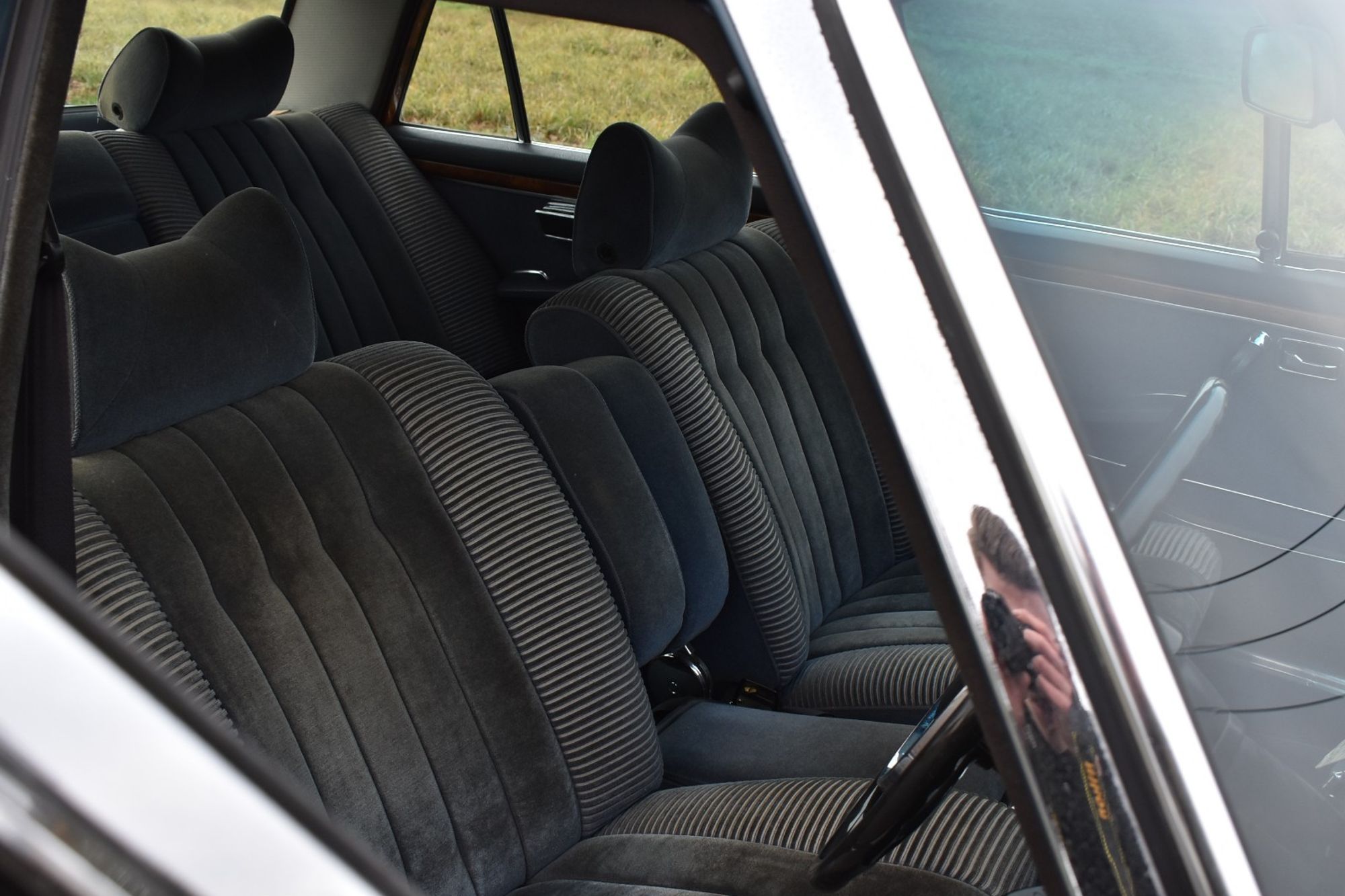 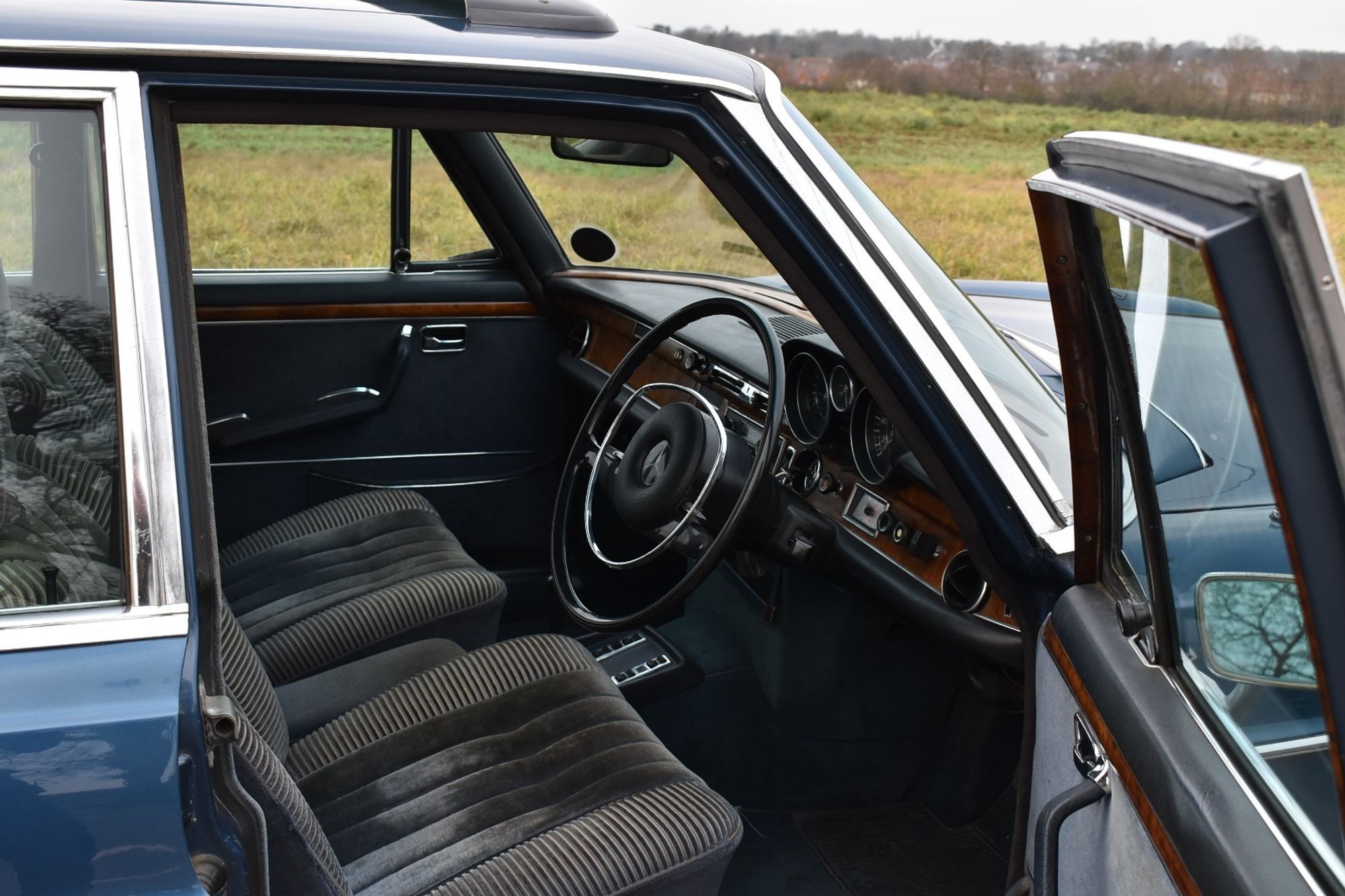 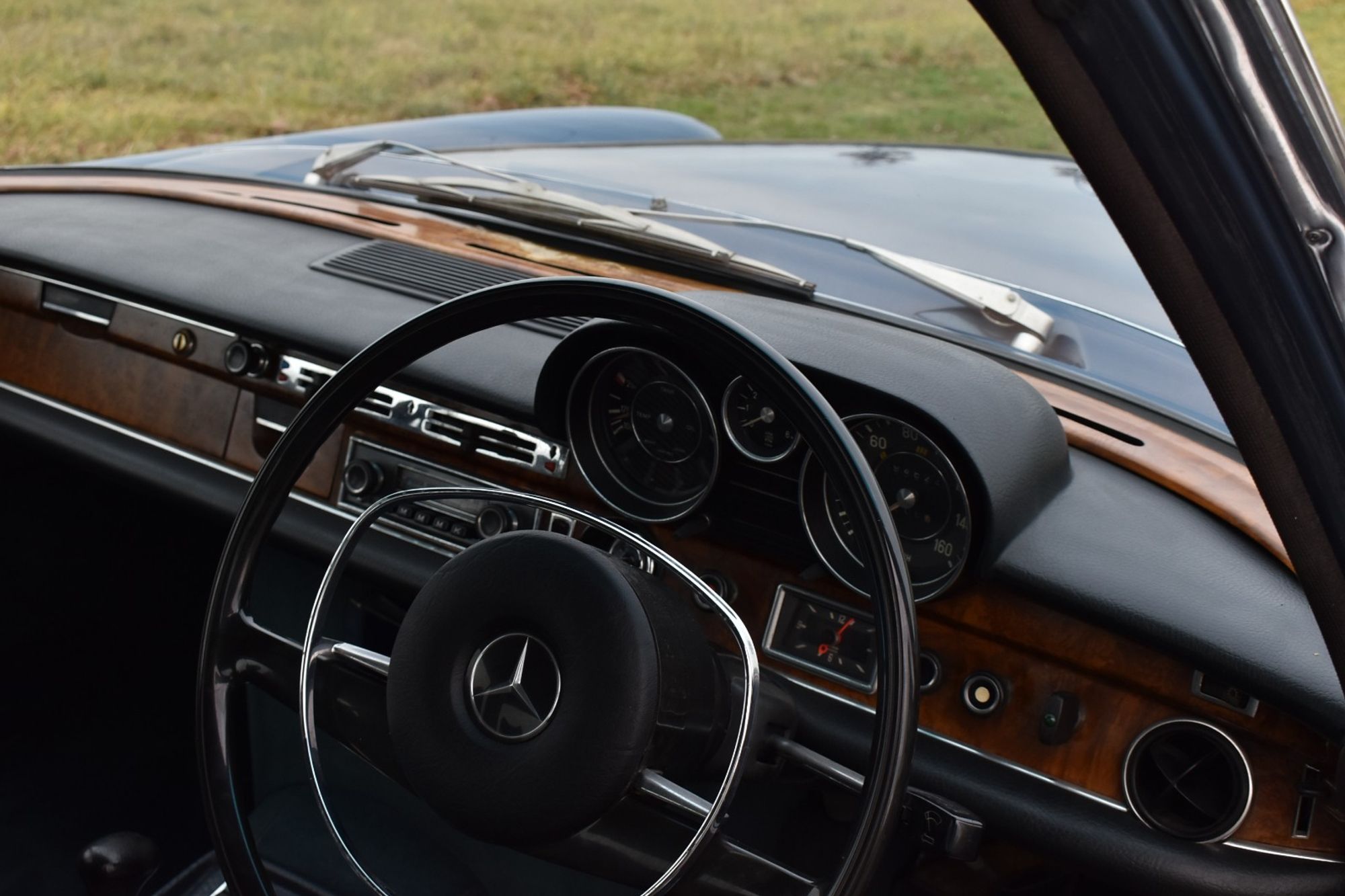 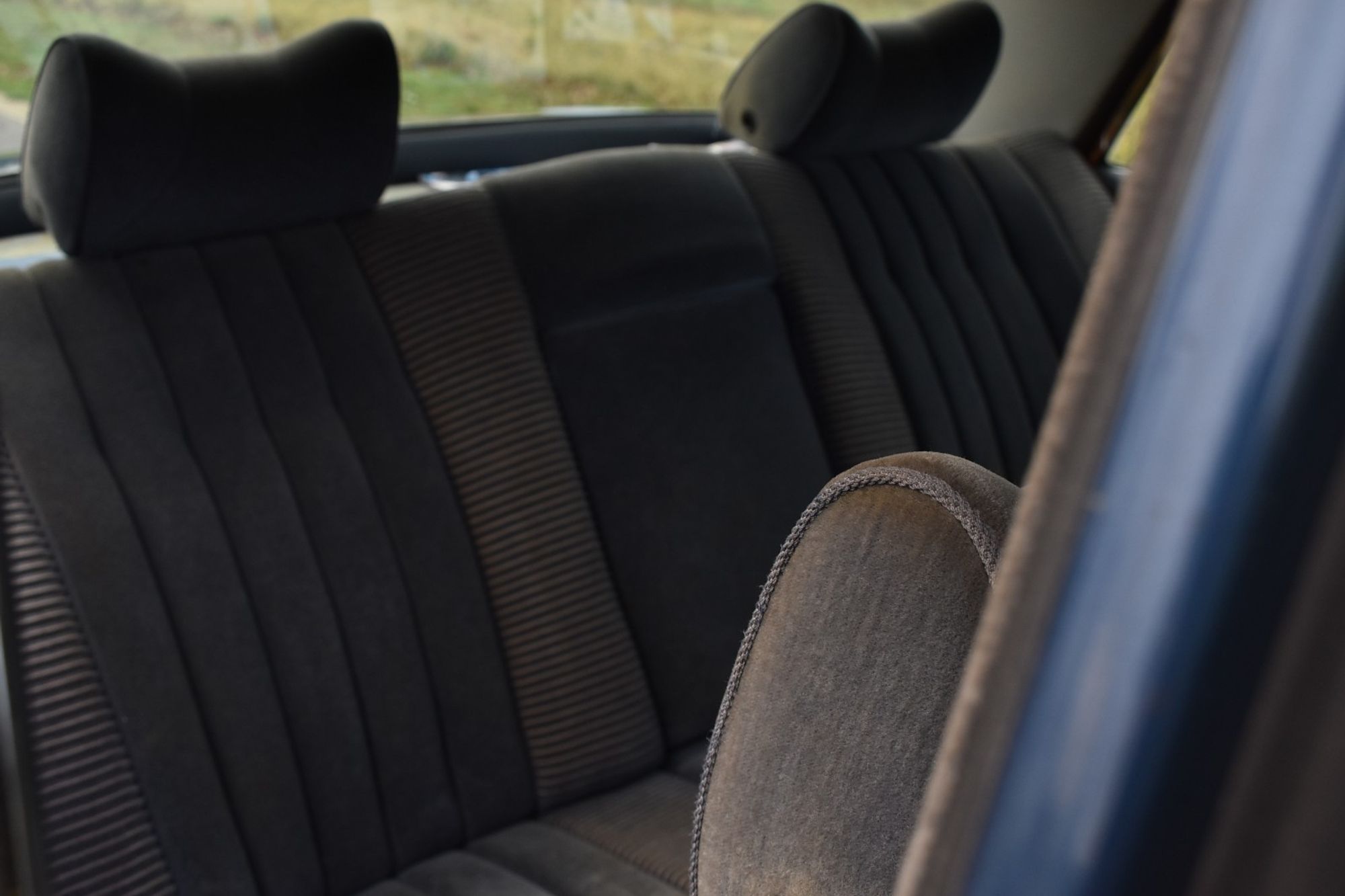 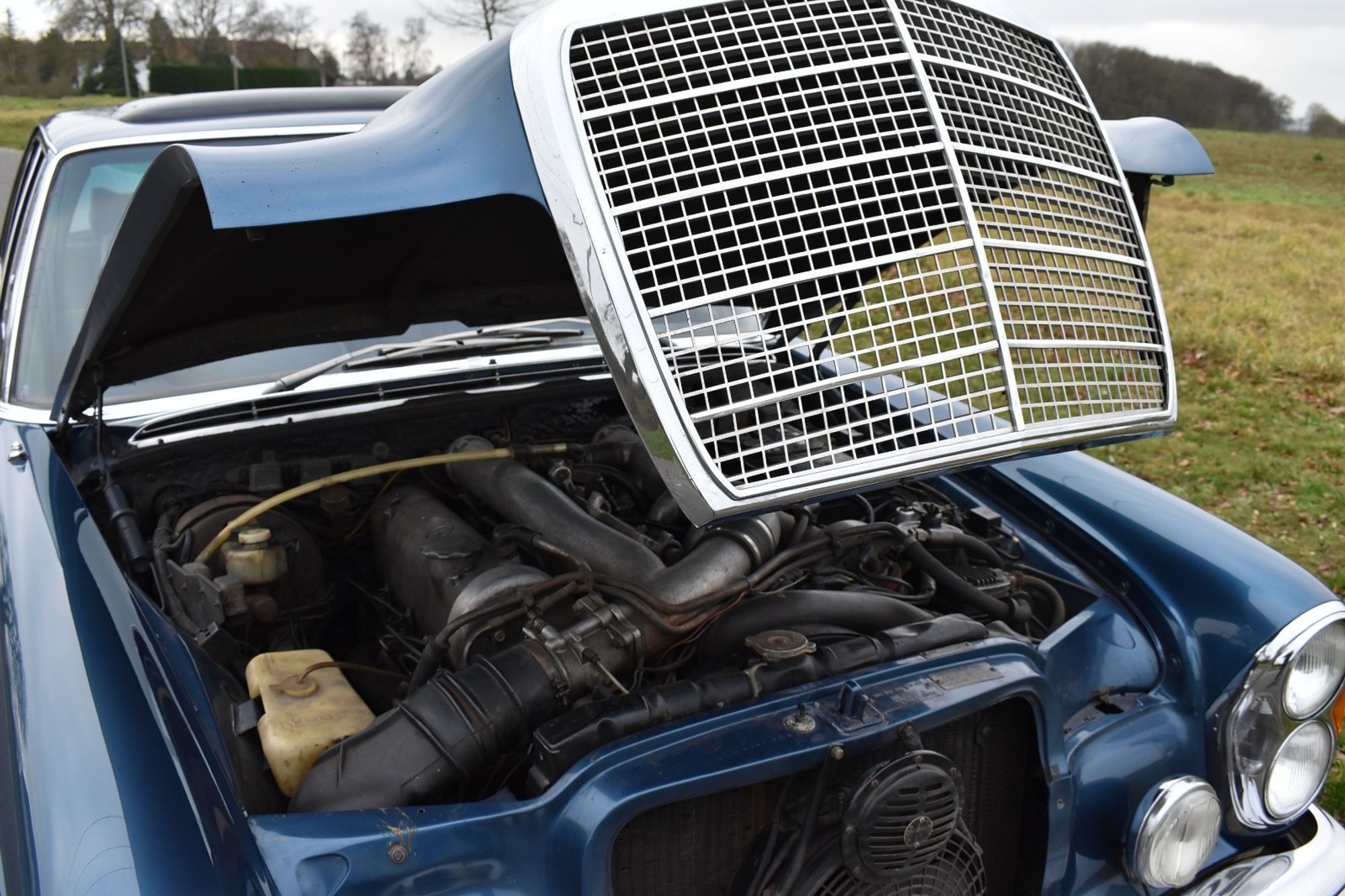